The state government claimed it was the Singapore government that did the Amaravati master plan "free of cost," with the Chief Minister himself boasting that it was a "goodwill gesture seeing my credibility." But Naidu's claims are not cutting ice with the opposition parties. 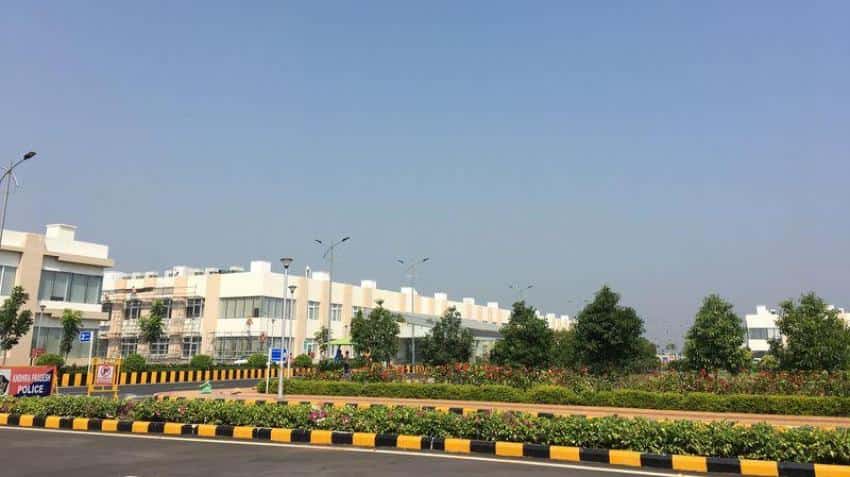 The Andhra Pradesh government has come under fresh attack from the opposition over the award of a contract to a Singapore consortium for developing a 6.84 sq km "start-up area " in Amaravati. Image source: Reuters
Written By: PTI
RELATED NEWS

The Andhra Pradesh government has come under fresh attack from the opposition over the award of a contract to a Singapore consortium for developing a 6.84 sq km "start-up area " in the proposed capital city here. Opposition parties are alleging that the joint venture Singapore Amaravati Investment Holdings Ltd, set up to execute the project under the public private partnership mode, had been given land at a "throwaway price" while the company was selling the developed property at Rs 4 crore per acre.

The state government will spend a whooping Rs 2,118 crore for creating basic infrastructure like roads, water supply, drainage and electricity, they said. In fact, this award is linked to the Swiss Challenge method adopted by the Chandrababu Naidu government to select the master developer, which many allege to be a quid pro quo deal with the Singapore players who designed the overall master plan for Amaravati.

The state government claimed it was the Singapore government that did the Amaravati master plan "free of cost," with the Chief Minister himself boasting that it was a "goodwill gesture seeing my credibility." But Naidu's claims are not cutting ice with the opposition parties.

Former minister and Y S R Congress leader Dharmana Prasada Rao alleged that 1,691 acres of prime riverfront land had been given away at a throwaway price in the name of capital development. While the Singapore Amaravati Investment Holdings Ltd (SAIHL) has fixed Rs 4 crore per acre for 656 acres of land in the first phase, the state government as a whole, valued the land at a meagre Rs 12 lakh an acre for the entire 1691 acre, Prasada Rao said.

The government will get only five per cent as revenue share from SAIHL from the sale of the land. "The AP government is resorting to several irregularities in the name of capital construction. There is no clarity if it is the Singapore government or some private companies that are going to develop the start-up area," the YSRC leader alleged.

More than 1,500 government orders (G.O's) have been issued so far in the name of the capital construction and the Centre should keep an eye on them, he said, adding his party would meet the state Governor on the issue. Former TDP leader and state Minister Vadde Sobhanadreeswara Rao also questioned the deal, claiming it favoured the Singapore consortium. "Credentials of the new company (SAIHL) are not known. Moreover, it is registered in Singapore and in case of any dispute we need to approach the London Court of Arbitration," he said.

Citing the Supreme Court judgement that national assets and natural resources should not be given away at a throwaway price by the rulers, Rao charged that all conditions in this case were clearly laid to benefit the Singapore based company.

On its part, the state government said the master developer does not have the power to sell the land and the ownership remains with the Capital Region Development Authority (CRDA) only. "The agreement has provisions that are common to the functioning of any company regarding equity financing, borrowing, dilution of equity, induction of strategic partner, shareholder related responsibility and obligations the project.

"It also has all other provisions that are normally incorporated as per the Companies Act and standard corporate practices in India," a senior CRDA official said. "It is a greenfield project that will kick start economic activity in the capital city. Singapore will bring many 'queen bees' and other top companies to Amaravati to create jobs," he said.