Start-ups in India get showered with funds, you won't believe from where 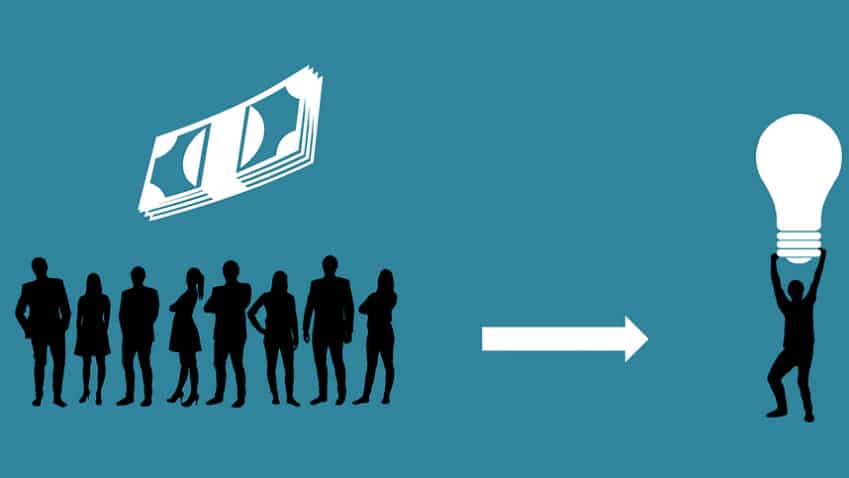 A year ago, Ola had raised $1.1 billion in a round led by China’s Tencent Holdings, Japanese Softbank and others. Image source: Pixabay
Written By: Priyanka Golikeri
RELATED NEWS

The Chinese are establishing a strong foothold in the India start-up story. Just last week, ride-sharing unicorn Ola received $50 million from Hong Kong-based Sailing Capital and China Eurasian Economic Co-operation Fund. A year ago, Ola had raised $1.1 billion in a round led by China’s Tencent Holdings, Japanese Softbank and others.

Ola is not alone. Other unicorns like Flipkart and PayTM, as well as a budding start-up such as micro-lending platform KrazyBee, are all recipients of Chinese largesse. Investments from Chinese funds stretch across e-commerce, fintech, transportation, healthcare, logistics and travel. Electronics giant Xiaomi is planning to invest Rs 6,000 - 7,000 crore across 100 Indian start-ups over the next five years, while Tencent has spoken of investing $5-15 million in early-stage Indian start-ups. “An influx of Chinese funding and entrepreneurial skills can boost the ecosystem in India,” says Apurva Damani, managing director, Artha India Ventures.

Although interest from Chinese investors started roughly from 2015 onwards, with Alibaba participating in funds raised by SnapDeal and PayTM, Chinese investments have gathered momentum off late. Tracxn data points out that in 2017, $5.2 billion was invested by Chinese companies like Xiaomi, Fosun, Baidu, Tencent, Alibaba into Indian start-ups. This marks a huge jump from the $930 million that Indian ventures received from China-based firms in 2016.

Debanshu Khettry from law firm Leslie & Khettry says Chinese firms are scouting for growth opportunities in India for primarily three reasons. “Firstly, India is the fastest growing economy. Second, there is a growth slump in China. Lastly, there is excess capital in China.” According to angel investor Sidharth Rao, co-founder and CEO, Dentsu Webchutney, most Indian VC funds do not have excess capital to make deep follow-on investments.

“The Chinese in that sense are very large in size. Which is why in most late-stage fundraising, when cheque sizes are upwards of $100 million, Chinese funds step in.” Experts believe Indian start-ups have a lot to gain from investments from across the border, as Chinese investors would bring in knowledge, expertise and the vision of building start-ups that impact millions of people.

Khettry says China and India have a lot in common in terms of consumer spending, market behaviour, income levels and demographics, and thus Chinese investors are better-placed to help with the dynamics of the India market than, say, investors from the US or Europe. Moreover, Chinese investors are more patient and bullish and do not have much exit pressure; all of which is beneficial to Indian start-ups, feels Harsh Shah, co-founder, Fynd.

Agrees Damani, who thinks that the Chinese are focused on building sustainable businesses with a long-term outlook and invest “patient capital’’, providing start-ups with “greater visibility for follow-on rounds and potentially large exits.” Also, Chinese investors can provide technology access and best practices from their unicorns.

“Both countries have large populations with first-time mobile users. But only 25% of Indians are mobile internet users, compared to 50% of the Chinese. Indian start-ups can learn a lot from Chinese start-ups’ vision for scale and their fast speed of implementation,’’ says Damani.

For instance, Tencent can provide valuable experience from running WeChat to Hike Messenger in India, says Khettry. But political tensions do exist with China. And this could have an impact, feel experts. Khettry says any start-up would want a stable partnership with its investors.

“Political and economic stability within the investor’s country and friendly ties between nations play a role in determining the attractiveness of the investor. But other considerations like tax and policy incentives being offered may also play a role in determining the benefits a start-up may ultimately receive on a long-term basis. Foreign funding also vexes issues stemming from angel tax faced by domestic investors in India, and helps plug any tax leakage upfront,” Khettry says.