Co-founders of GlobalLinker, Sameer Vakil and Summi Gambhir talk about the impact of demonetisation and Goods and Services Tax (GST) on small businesses. 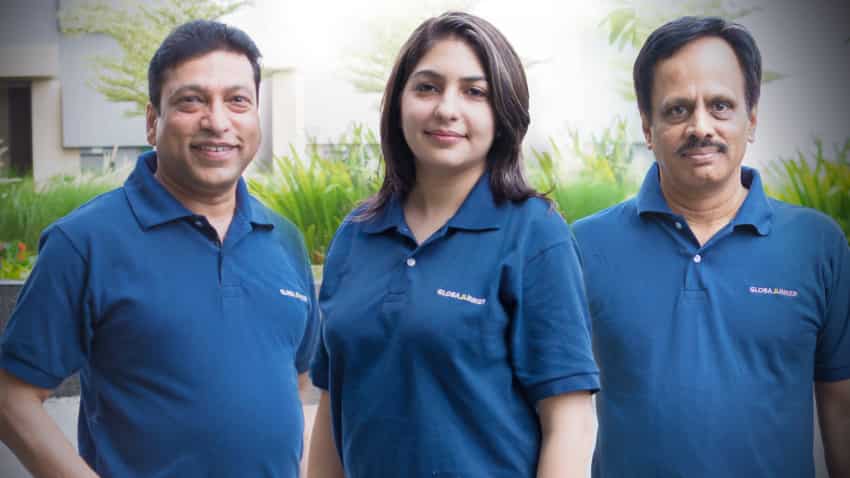 The small and medium enterprise (SME) entrepreneurs were in for a double whammy with demonetisation of higher currencies announced in November 2016 and GST that rolled out in July this year.

Through these major economic changes the 'backbone of the economy' as Co-founder and Chief Executive Officer GlobalLinker, Sameer Vakil said are always impacted the most.

GlobalLinker is a brainchild of Sameer Vakil and Summi Gambhir. It is a business networking platform belonging to the network community of GlobalLinker.

Excerpts from our interview with the co-founders of GlobalLinker are as follows.

1. Could you talk about the impact of demonetisation on the SME sector? What were the initial pain points?
Sameer: We deal with small business owners across 37 industries and 208 sub-industries so it is going to be difficult to give you a response in a narrow sense. I think demonetisation has been absorbed by the segments entirely. All the initial issues one would have had were more logistical in nature rather than structural in any form. I think that is something that has been almost entirely settled. Small businesses have moved on and the initial problems like I said were almost logistical in nature. They were time bound in terms of the impact that happened.

I don't believe any specific sector was facing any hardships as a result of the effects of demonetisation other than the challenges that come in the short term in the time when it was announced.

2. Could you elaborate on the logistical issues on account of cash crunch?
Sameer: When you had the demonetisation announcement the time period during which the replacement of new notes happened there were hardships that businesses had to go through which were more logistical in nature. They were bound by the time taken by replacement to take effect.

During that time if you had supplier payments that had to be made and businesses that were owing money to each other that was the logistical impact that I was referring to. But I don't believe there was a structural impact that happened to anybody. The issue of the changeover has been absorbed by the industry. None of that lingered is the point.

3.Which sector would you say was impacted greatly because of demonetisation in SMEs?

Sameer: GlobalLinker provides solutions at a principle where they (SMEs) have created accounts on the platform. Using the platform for a variety of services. So in terms of what impact it would have on the last mile of their business is not something that we wouldn't necessarily be privy to but what we are privy to is when people comment on the fact that it is impacting their business. So to that extent my response would be more generic rather than specific.

I don't believe any specific sector has faced more hardships than another segment. Clearly the ones in the retail business that were actually having to deal with cash were the ones that were the most impacted at that point in time.

And I think the time that has gone by after demonetisation and even introduction of GST small businesses have got the chance to streamline operations and work more effectively in the new regime.

4. Do you feel GST and demonetisation have helped the SME sector in going cashless?

I think a straight answer to both, demonetisation and GST had impacts that were more logistical in nature but once you are past that it basically means a structural repairing that was being done in an inefficient manner.

5. Clearly there are benefits that were longer term. Are those longer term benefits starting to see effect?
Definitely. Any change comes with a degree of uncertainty. The way you handle that is the government does what it has to and organisations and players like us also play our part.

6. Most of the problems with regard to GST were short lived?

Sameer: Absolutely. GST has been a programme that has been a significant change from the past.

What I liked about GST from a GlobalLinker perspective was that everybody felt the other person's pain when they were not informed. And the fact that voluntarily people started to come up and discuss and demystify the subject. This was the best outcome out of GST. It brought businesses closer together.

We were able to see some sort of unified effort among the businesses that were happy and willing to share information.

Over 600 SMEs raised around Rs 7,600 cr till 2021 through stock exchange platforms: Official