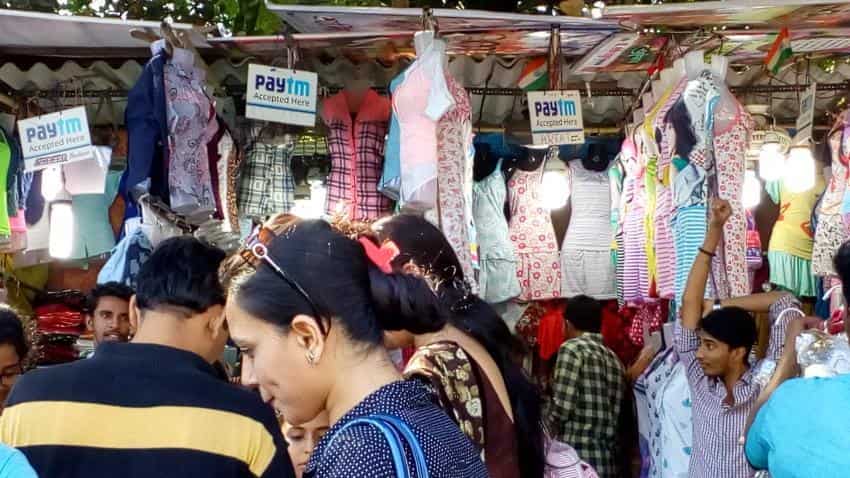 CEO and Founder of Paytm, Vijay Shekhar Sharma, on Wednesday at the Retail Leadership Summit said that its e-commerce wing was aiming for a ‘moon shot’ target by the end of this year.

The mobile payments and recharge venture head was talking about increasing the number of merchants on its e-commerce platform.

“We have a target of reaching 10 million merchants by December but that is a moon shot target,” Sharma said.

That would be nearly two and a half times jump in number of e-commerce merchants.

He further added, “Target is how many sellers are selling and how many SKUs (Stock Keeping Unit) are being sold not the GMV (Gross Merchandise Value).”

At the Nasscom summit a PTI report quoted Sharma who said, “We clocked Rs 5,000 crore worth of transactions in January alone, that’s 200 million transactions in volume terms.”

Speaking about their offline business Sharma said that it had dropped 18-20% but he was not worried.

“See its (Paytm offline business) much bigger. When the money would come for our offline consumers we had clarity anyway that it would go from 20-30%. So it is right now 15-16%, I believe that it would go to maximum 25% (volume transactions),” Sharma told Zeebiz.

Although he refused to give out the exact amount of funds raised for its e-commerce business Sharma mentioned in passing that funds raised were to the tune of more than Rs 1,000 crore.

Sharmar cited that Paytm E-commerce Private Ltd would be the company to which they will move the funds adding that the average transactions per day were less than 1,000 crore a month.

He further added that they have also raised funds for its market based business and not the main business but was unwilling to disclose the amount and from where the money came from.

“Remember that our fund raising in this environment where people are not raising money and this is not a small sector either, I mean this is going to be a sizeable enough sector. And we were fortunate enough to close,” Sharma said.

In February media reports said that Alibaba was planning to officially enter the Indian marketplace by investing nearly Rs 1,700 crore in the online payment solution.

On asking if Alibaba continued to be the largest investor in Paytm Shekhar said, “As an individual entity they are already the largest shareholders in the company. They are still just shareholders in our company. They do not ‘not’ close their doors. What we are saying is that we are building our e-commerce business as a separate entity (from Alibaba) and raising money separately. None of the shareholders will be made more than 50% partners in this round of funding or any other round of funding.”

So who are Paytm’s investors besides Alibaba?

“We have a very different kind of investor base where the investor bat is far more than what traditional investors have done and we also have had opportunity of learning from Alibaba model and things that exist in China. Our investors have been very enthusiastic about it and we have a ton of independent investors who have shown interest and are in the process of closing the deal,” Sharma said.

Paytm also works with most organised retailers besides Future Group. “Operating contribution positive business which means that if Rs 100 goods are being purchased how much are they sold for? If the Rs 100 goods are being purchased then the cost is less than Rs 100. That we have achieved. What we are still spending money on is people and technology, net of marketing, cost of funding, etc,” Sharma added.

Further, talking about the retail industry Sharma said that it has been really welcoming.

“We actually give them the power of online to do their businesses. We give them incremental orders. We bring the traffic. We truly behave like a mall and they are the store, which is what their model has been unlike in other ecosystems. In our ecosystem we are their partners and we are committed to being the truest partners to them,” Sharma added.