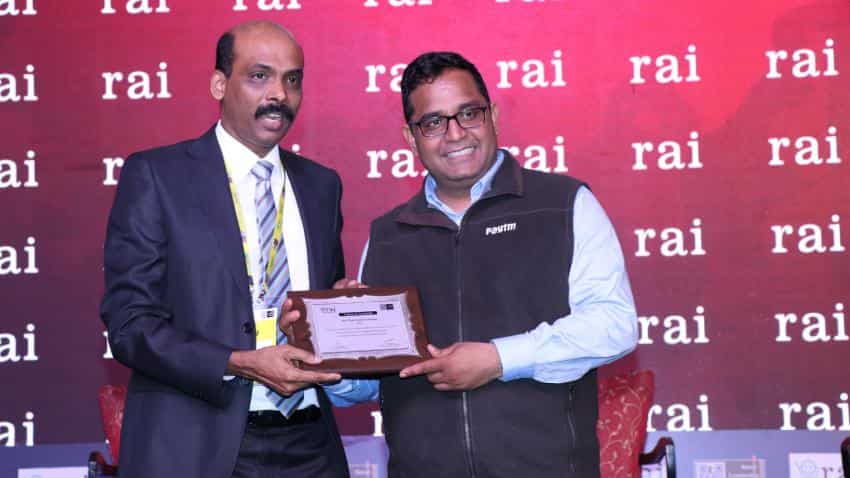 Mobile recharge to e-wallet and e-commerce platform Paytm owner Vijay Shekhar Sharma on Wednesday announced at the Retail Leadership Summit that the company wants to get nearly one third of India’s population on its portal.

Paytm that will be launching Paytm Payments Bank before February 28 along with its wallet service will be looking at garnering 500 million customers in the next three years.

“Imagine a shopkeeper who has money coming into his (Paytm) wallet or his bank account and he automatically starts to earn interest. That has never happened,” Sharma said.

On asking if the wallet customers will be directly converted into Paytm Payments Bank customers Sharma said, “Everybody has to proactively say that they want a bank account with us. I can’t just give it away. There is a KYC (Know Your Customer) process, which means there is a process of knowing who this person is.”

The company currently has an approximate user base of 180-190 million customers. In the month of December Sharma claimed that Paytm had transactions of around 210 million.

In January the card transactions rose 12% while in February the offline business was down 18-20%.

Total transactions went up in February as Sharma said that in the year 2016 Paytm completed one billion transactions.

“In one month the company sees average transactions nothing less than 200 million transactions. And per day we have 7-8 million check outs,” Sharma added.

At the Nasscom summit a PTI report quoted Sharma who said, “We clocked Rs 5,000 crore worth of transactions in January alone, that’s 200 million transactions in volume terms.”

As on February 14 there were four million merchants who signed up with Paytm. Sharma added that the merchants came from all backgrounds from tea sellers and roadside shops to big retail giants.

Speaking on the model of the Paytm Payments Bank Sharma added, “Once we become a bank then the money coming to our banks becomes a bank-peer relationship other system like NEFT (National Electronic Fund Transfer), RTGS (real time gross settlement) or IMPS (Immediate Payment Service) start to work for us. And then the money that we receive becomes lower cost so we as Paytm are obligated to bring down MDR to 0% for everyone.”

“Another thing that we are trying is that how to link or not link with stock markets so that people who want to earn interest at the cost of risk can do so and those who do not want that risk will be able to opt out of it. We want to provide both options,” Sharma added.

What is the difference between a bank model and Paytm Payments Bank?

“Some of us have this experience already when banks swipe in and out some money. Except when they do so they do it at a cost and they also put various limits on the number of days that you can do it in and this service is not available to everyone,” Sharma said.

He further added, “There are a lot of similar products in the market but those have not been made in a smooth and all benefits to the consumer side. Somewhere the banks’ fundamental business model is to earn deposits at a lower cost which convert into assets while our business model can’t turn deposits into assets so we will be more diligent about giving you more returns.”

Sharma went on to talk about how Paytm bank customers would be able to scan and pay via its wallet services, deposit money into its savings account and earn interest in its wealth management services.

“Wealth management service will use the customer’s money from the savings account that will serve as a ‘money market fund,’” he said adding that it will earn interest of 6, 7 or even 8%.

Sharma added that you can invest money in this account starting from Re1 to Rs 10 and withdraw it zero cost.

“Effectively you will see wallet balance, savings balance and wealth balance which will earn interest higher than any other account in the country,” Sharma said.

On being asked about funding Paytm owner said that they would work with large fund managers who we they have existing partnerships with.

Sharma cited that after the last round of funding Paytm’s valuation reached Rs 35,000 crore.

“Lot of people said that payments bank will not be a viable business model because you take the deposits and you undo the interest bearing loans and we are saying we can do a better job because our customers will be far more satisfied with the interest earned,” Sharma added.

Global View: L&T, DLF, Paytm and Jubilant FoodWorks could give 15-60% return; here’s why