One year of GST: Positive, negative impact on MSMEs

Medium Small and Minor enterprises contribute approximately 37% of India's GDP and is considered to be the backbone of the country's economy. After agriculture, this is the second largest employment generation sector of India 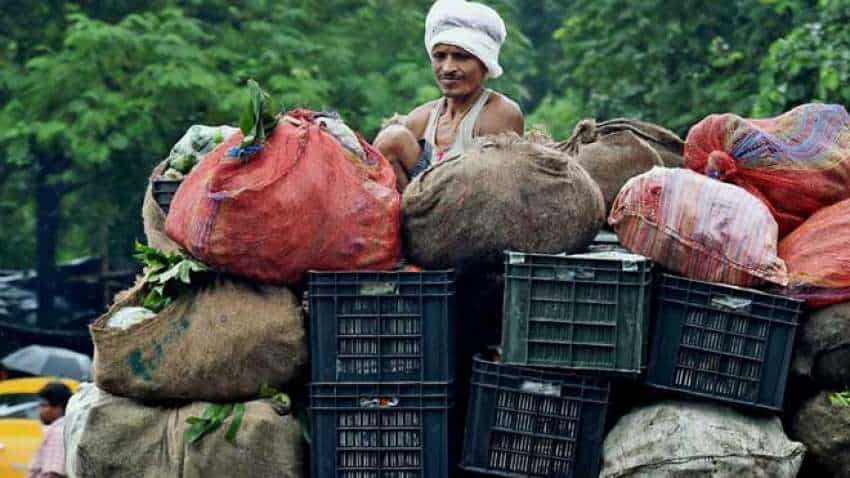 Sector has been impacted after the imposition of GST. Image source: PTI
Written By: Moitreyee Ghosh
RELATED NEWS

Medium Small and Minor enterprises contribute approximately 37% of India's GDP and is considered to be the backbone of the country's economy. After agriculture, this is the second largest employment generation sector of India. Let's have a look on how the sector has been impacted after the imposition of GST.

Negative Impact: While the MSMEs will enjoy the tax neutrality, reduction in duty threshold is one of their main concerns in warming up to the GST bill.

The burden of lower threshold: The GST bill proposes a reduction in the threshold to be Rs 9 lakh to increase the tax net, Rs 4 1akh for North-eastern states. However, GST council has increased the threshold limit from 10 lakh to 20 lakh and from 4 1akh to 10 lakh for North eastern states. Under the reform, any service provider or retailer will be subject to the tax levy. In the current central excise law threshold is Rs 1.5 crore. This reduction will significantly impact the MSMEs' working capital. For example, a manufacturer who trades today at Rs 25 lakhs without any tax levy will be expected to pay GST post-implementation. As the threshold is low, most MSMEs are now exempted and will have to pay a chunk of their capital towards tax in future.

Selective tax levying: GST will not be applicable to Alcoholic liquor for human consumption and Petroleum based businesses, which creates further gap and does not support the 'unified market' ideology of GST.

The burden of the higher tax rate for Service Provider: Presently Service Tax rate is 15%. GST rate will be around 18%. The scenario in the service sector will further be impacted as the concept of Centralised Registration has been done away with and each unit in different states will have to take separate registration. Thus even if services are supplied by company's one Unit in State A to another Unit in State B, then also taxes will be payable.

Excess Working Capital Requirement: Taxation of stock transfer will primarily impact the working capital requirements. The quantum of impact will vary depending on stock turnaround time at warehouse, credit cycle to the customer, quantum of stock transfer, etc. Higher amount of Capital Requirement Jill increase interest cost which ultimately will increase the price of Finished Goods.

Realignment of Purchase and Supply Chain: Under GST credit will not be available to a compliant company if the vendor from whom MSME is purchasing goods does not show the same in his return. Thus sourcing strategies will change on account of GST credit mechanism. Also, there will be re-consideration of Supply Chain on account of taxation of Stock Transfers.

Dual Control: In recent GST Council meeting, it was decided by the ministry that those assesses having turnover of less than Rs 1.5 crores will be assessed by state government and existing Service Tax assesses, irrespective of turnover will be assessed by Central government as there is lack of expertise with the State Government in relation to Service Tax matters. As a result of this, small traders dealing in both goods and services will have dual administrative control both by Centre and State.

Positive Impact: GST boosts the competitiveness of MSMEs. They will benefit as follows:

Starting business becomes easier: Currently, the Sales Tax department has various turnover slabs which require VAT registration. A business with multi-state operation in this case has to follow varied tax rules applicable to different states. This not only creates excess complication but also adds to procedural fees, due to which the price sensitive MSMEs will be burdened. Uniform GST will standardize the process.

Improved MSME market expansion: In the current system, big corporations procured goods based on MSME's locality in order to reduce overheads. Thus MSMEs limit their customers within the state as they will bear the ultimate burden of tax on interstate sales, reducing their customer base. With the implementation of GST, this will be nullified as tax credit will transfer irrespective of the location of buyer and seller. This allows MSME segment to expand their reach across borders.

Lower logistical overheads: As GST is tax neutral it will eliminate time-consuming border tax procedures and toll check posts and encourage the supply of goods across borders. Accordingly, the logistical cost for companies manufacturing bulk good will be reduced. Such costs can be crucial for the survival of MSMEs.

Unified market: GST will allow flexibility in transfer of goods across states and reduce the cost of doing business, as the reform will cut down multiple taxes imposed by state and central government.