Still a feature phone market, more than six out of 10 mobile phones to be sold in India in the coming few years are likely to be smartphones. Will the e-commerce boom be able to suffice on smartphone sales alone? 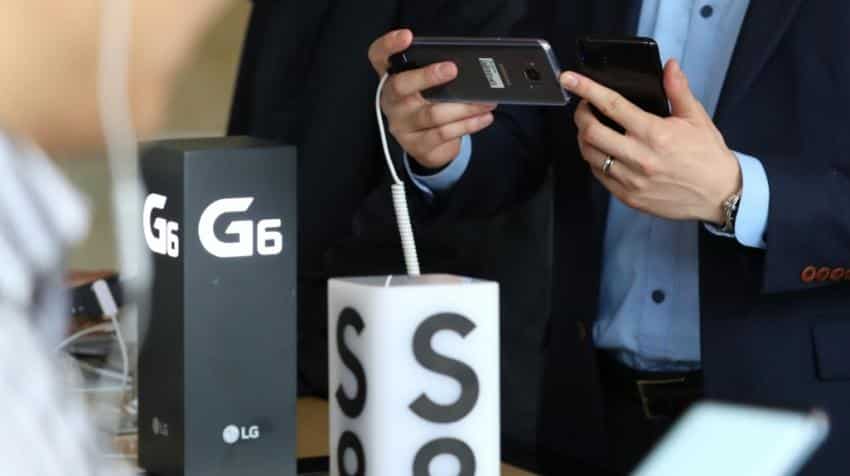 In the three years preceding 2013, India nearly doubled its mobile phone users to over 1 billion with active users hovering in the vicinity of 900 million.

Although mobile phone usage in rural India is nearly half, it is the cities in India that are fueling sales of mobile phones at a brisk pace. Largely still a feature phone market, more than six out of 10 mobile phones to be sold in India in the coming few years are likely to be smartphones, Gartner said.

The growth has largely come from the stupendous boom in India's e-commerce sector led by Flipkart and the exclusive deals signed with mobile phone makers.

The phenomenon began in 2014 and continues to drive strategies and sales of e-commerce giants like Amazon, Flipkart, Snapdeal and Paytm well into 2017.

“Amazon had struck important exclusive partnerships with key smartphone brands such as Motorola, Xiaomi and OnePlus via Cloudtail. Flipkart earlier had a significant lead in this category, which may have reduced with Amazon's tie-ups. The Moto and Xiaomi deals were particularly significant as Flipkart earlier had exclusivity with these brands,” Credit Suisse analysts Anantha Narayan and Nitin Jain said in the report. 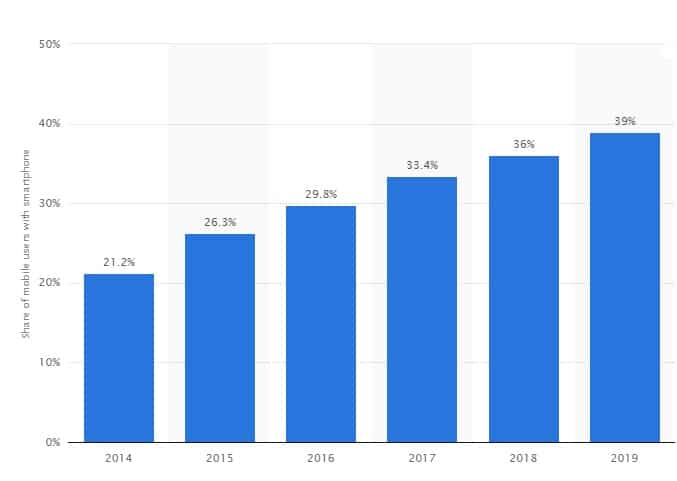 Amazon spokesperson confirmed that it had 60 exclusive phone model tie-ups so far. While Flipkart did not respond to our queries.

“Smartphones have consistently been one of the top selling categories on Amazon.in. In 2016 smartphone business grew more than double - by value Amazon.in grew over 135% and by units it grew over 150%,” Amazon India spokesperson said.

Internet penetration has also grown a modest chunk as Telecom Regulatory Authority data showed there were 112.73 crore wireless subscribers at the end of December 2016, which in turn have spiked smartphone sales.

Electronics and accessories category was the most popular at nearly 60% growth rate in 2015 and 2016, a report by Credit Susie said on January 12. 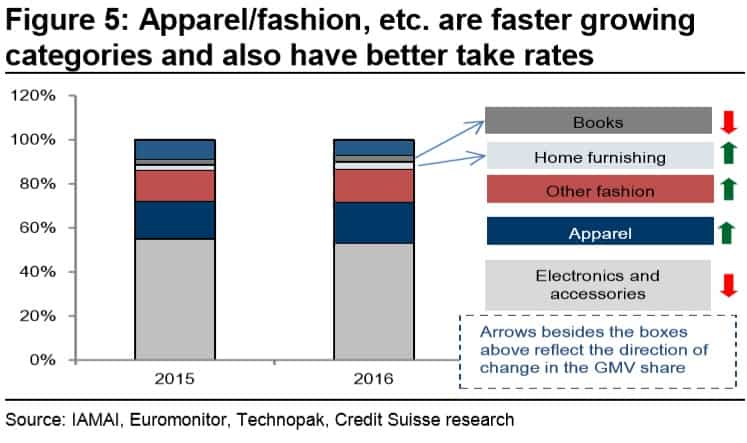 In their reports, Credit Suisse and Nomura said that ‘Consumer electronics’ was the most popular in the internet retailing market.

The Nomura report showed that 17% of internet retailing sales comprised of consumer electronics and appliances, which was the second largest after apparel which was at 18% in 2015.

A survey conducted by the analysts of Credit Suisse showed that 36% of women who shop online prefer consumer electronics while 64% of men would like to start shopping online only for electronics. 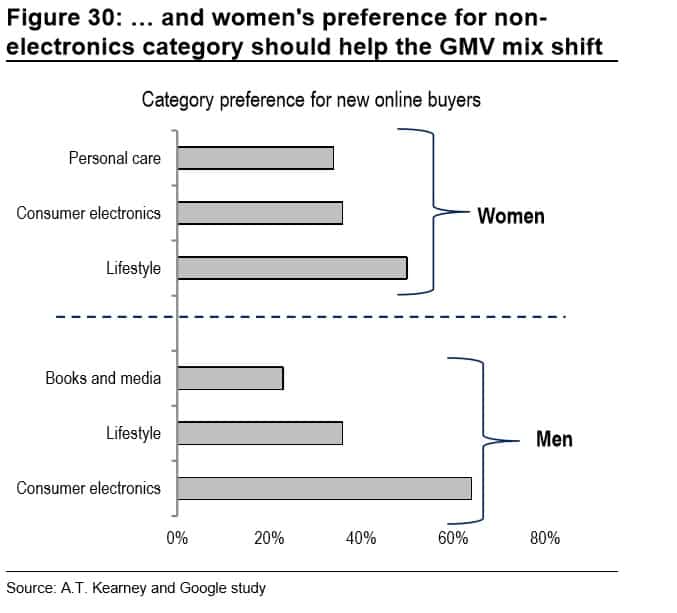 “It is true. Penetration through large scale shopping for smartphones is what has resulted in popularity of e-commerce. However this depends on how fast the underlying category has been growing and online penetration,” the industry expert told Zeebiz.