The coming years will see more innovation in NBFCs with investments in the digital technologies, which will help MSMEs operate better. 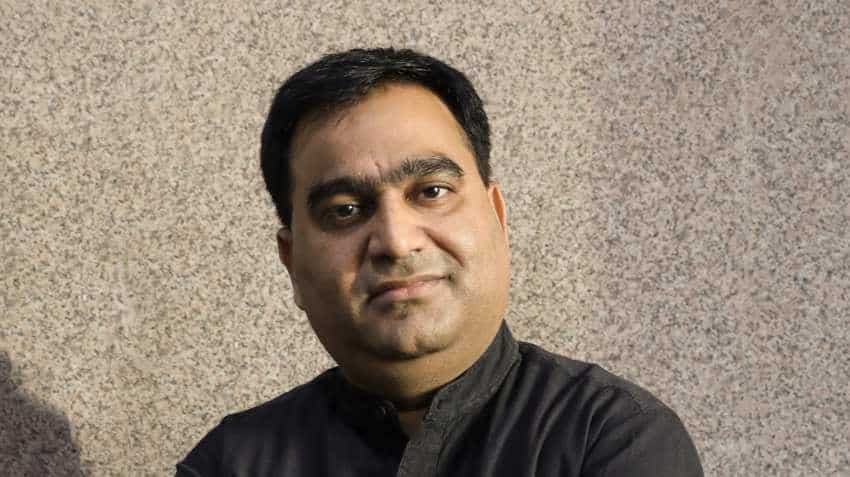 The coming years will see more innovation in NBFCs with investments in the digital technologies Photo: Satya MicroCapital Ltd Official

There is a lot of potential in the Micro, Small and Medium enterprises, which are the backbone of the economy and contribute a major chunk to the GDP, almost 9%. Moreover, MSMEs are contributing more than 45 per cent of total manufacturing output and more than 40 per cent of total exports of the country, employing 11 crore people and 1 crore new jobs in the next four to five years. But, it is the lack of funds that keeps these MSME's out of the traditional lending landscape. It is due to this that the enterprises are financially excluded at a majority. However, MSME's flourish when the NBFC's become the shock absorbers for these credit deficit enterprises.

In an exclusive interview with Zee Business Online, Vivek Tiwari, CEO of Satya MicroCapital Ltd. states the potential that MSMEs have and the key role that the NBFCs have in enhancing the said potential. Here are the edited excerpts of the interview,

Q. How the challenges faced by MSMEs are also opportunities for NBFCs?

At present, MSMEs continue to struggle due to several traditional banking challenges such as extensive documentation, insufficient loan sizes, long processing times, lack of transparency in timelines, among others, ending up taking loans from informal sources at much higher interest rates.

In fact, 99 per cent of the formal MSME lending happens through NBFCs and incumbent banks, where most transactions are non-digital. This creates a huge opportunity for digital lenders, who, with effective strategies, can accelerate formalisation across MSMEs. The right way to make this happen is to actively leverage e-commerce platforms and supply chain ecosystems while embracing new-age advances like data analytics.

Q. Why PSBs are often reluctant in directing loans to MSMEs?

Public sector banks are often reluctant in directing loans to MSMEs due to lack of comprehensive credit worthiness, followed by a substantial proportion of loans going bad in most cases. As per a report, the level of non-performing assets (NPAs) has increased from 13 per cent in June 2016 to 15.2 per cent in June 2018.

Whereas the credit quality of MSMEs was comparatively better when they took loans from NBFCs and private banks– 5 per cent and 3.9 per cent respectively. Another report claims that the share of lending by NBFCs to MSMEs will rise to 22-23 per cent by 2022, despite low credits provided by public sector banks.

Q. What are the innovative products by the NBFCs?

Keeping in mind the needs of MSMEs, several NBFCs have started innovating their product offerings and sales processes to mitigate existing credit deficit challenges. For instance, NBFCs are rolling out emergency loans that are designed to offer ease to small entrepreneurs and micro-enterprises during financial urgencies. Usually, these lenders follow a systematic process, including data collection from various sources followed by the creation of credit score by using state-of-the-art AI-driven algorithms.

Another point of concern is financial inclusion of non-salaried people, rural enterprises, low-income households etc. which has remained in the country for ages. In order to uplift the underprivileged, NBFCs have started making inroads in the rural vicinity of India to provide credit to the banked, giving them access to several financial products and advisory services such as supply chain management, book-keeping, sharing best business practices, to name a few.

Q. How does NBFCs tackle financial issues at the local level?

A large number of new-age NBFCs follow a Joint Liability Group (JLG) model that brings a group of people together to form a collective and thus obtain credit by sharing liabilities among themselves. Such models are used mostly for financing the underprivileged and unbanked populace who are often denied loans from traditional banks. For instance, many women living in rural areas want to start their own business but fail due to lack of funds; they are granted micro loans using this model where their husbands act as co-borrowers.

Q. What is NBFCs input to economic growth?

NBFCs heavily fund several infrastructure projects, giving them access to flexible loans with minimal documentation, unlike the stricter guidelines followed by formal banks. On the contrary, banks mostly reject MSMEs from giving loans due to their poor credit scores or because of their infancy in the industry. Not only this, NBFCs also facilitate asset distribution and income regulation of these MSMEs, eventually helping in shaping the economy.

Q. What does the future hold?

Over the years, micro finance has emerged as a key driver of financial inclusion in the country, further enhancing the stability of other banks that are collaborating with NBFCs to serve MSMEs. The coming years will see more innovation in NBFCs with investments in the digital technologies, which will help MSMEs operate better without any hassles of credit deficits, and eventually grow and become stable in the long run.

Global with local! One District One Product products to be available online now