It can be noted that Finance Minister Nirmala Sitharaman had in her Budget speech for 2021-22 announced the creation of NARCL or bad bank to resolve large cases of stress, and is now closing fruition 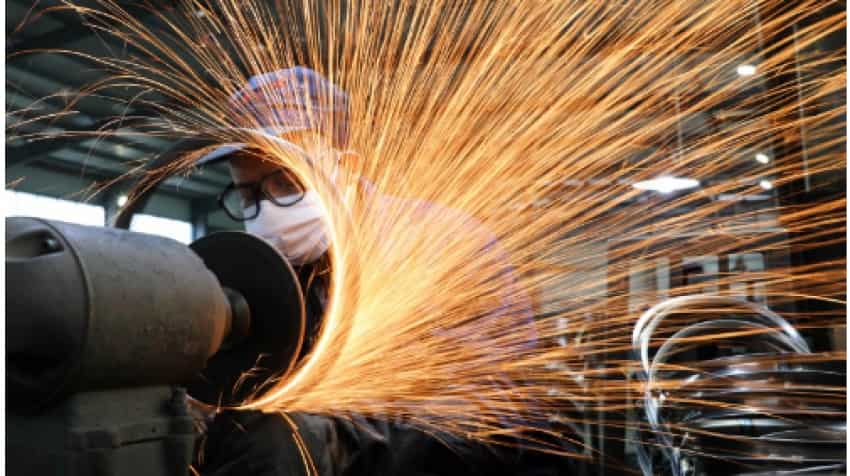 For the existing ARCs, the AUMs expanded steadily between FY15 and FY19 but the trend reversed in FY20 with a 4 per cent reduction and FY21 also saw a 1 per cent decline to Rs 1.07 lakh crore, it said. Reuters
Written By: PTI
RELATED NEWS

The debut of National Asset Reconstruction Company Ltd (NARCL) and lack of funding will lead existing ARCs to hunt for stressed assets in MSME and retail space, a Crisil Ratings report said on Monday.

It can be noted that Finance Minister Nirmala Sitharaman had in her Budget speech for 2021-22 announced the creation of NARCL or bad bank to resolve large cases of stress, and is now closing fruition.

ARCs have been facing headwinds in the past two fiscals, with assets under management (AUM) as measured by security receipts (SRs) outstanding contracting after a strong run-up in the previous five fiscals, the report said.

The National ARC, given its stated mandate and access to capital, is expected to dominate the large corporate segment. Mid-corporate assets, where ARCs have a relatively better recovery track record, could be a play for them as well as for stressed assets funds, Crisil's deputy chief rating officer Krishnan Sitaraman said.
In the retail and MSME segments, however, ARCs have the opportunity to create niches, he said, adding that these segments need an operationally intensive set-up that other investor classes are unlikely to be interested in creating.

Volumes will be the key to profitability in this segment, he said, pointing out to the higher operating expenditure needed for profitability.

For the existing ARCs, the AUMs expanded steadily between FY15 and FY19 but the trend reversed in FY20 with a 4 per cent reduction and FY21 also saw a 1 per cent decline to Rs 1.07 lakh crore, it said.

While the slowdown is partly attributable to the general macro environment, which has hindered consummation of deals and heightened risk aversion among investors, a few structural trends are also at play, it explained.

Banks prefer to retain only a limited share of SRs for assets sold due to the stringent provisioning norms for selling banks on holding these while ARCs in most cases hold only the regulator-mandated 15 per cent of SRs, it said, adding this results in a gap that has to be bridged either by the ARCs holding a larger proportion of SRs or by attracting external co-investors.

This marks a significant shift from the past where till fiscal 2018, almost all the SRs were subscribed to by either the selling institutions or ARCs. Post the revised provisioning norms, the share of external investors in cumulative SRs issued increased sharply to 12 per cent as on March 31, 2019, from 3 per cent as on March 31, 2018, primarily due to some large assets that attracted investors.

Apart from that, lenders have more options like the newly introduced insolvency and bankruptcy code for resolution of stress, it said, adding that a June 2019 circular from RBI also gives banks the option to resolve stressed assets outside the legal process.

Given this backdrop, the agency believes that the stressed assets space will see segmentation, with players having different focus areas. Availability of capital, debt aggregation capability and operational infrastructure will define the positioning of each player.

It, however, said that volumes in the retail and MSME segments are unlikely to match those seen between fiscals 2014 and 2019, which was a period of growth led by corporate assets. However, ARCs which get it right can make profits.

Growth remains fundamentally dependent on ARCs' ability to attract capital. Given that capital is expected to really flow towards the platform that is the most effective, it will be critical for ARCs to demonstrate their differentiated recovery ability in order to remain relevant to stakeholders, it said.

The SR redemption ratio, which improved to 32 per cent in March 2021 as against 17 per cent three years ago is one of the gauges for success, it said. The agency however said that the higher success is due to the early successes from IBC.

ARCs have yet to demonstrate their recovery capability in the retail segment at a material scale, its director Shubha Sri Narayanan said.
The opportunity in the form of incremental non-performing assets coming largely from MSME and retail segments in the current cycle will support the ARCs' shift to these two asset classes, Narayanan said.