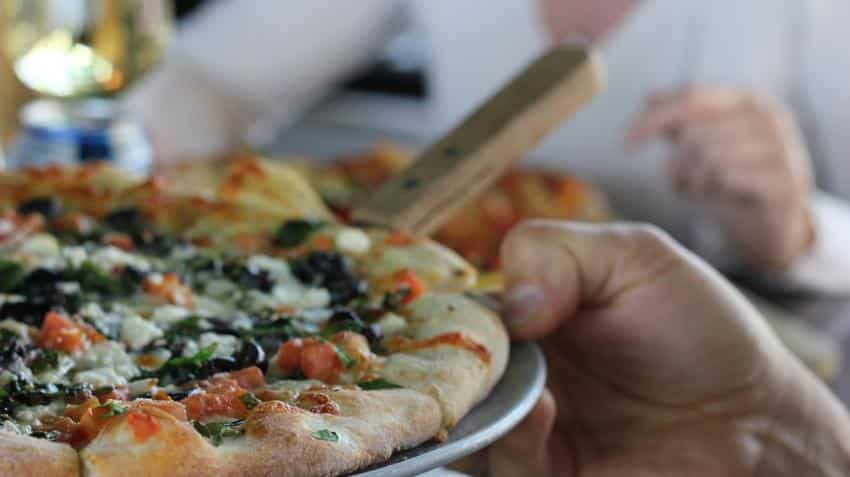 A pizza being served on a table. Photo: Pixabay
Written By: Collin Furtado
RELATED NEWS

Food tech start-up Zomato is said to be in talks to acquire delivery start-up Runnr (Carthero Technologies Pvt Ltd), according to a Hindustan Times (HT) report.

This move, if true and goes through, will help Zomato to integrate its business and deliver a seamless experience to its customers.

Though deal is yet to be finalised, Zomato is likely to buy Runnr for about $20 million in an all-stock deal, said the report.

The food ordering and delivery business had faced tremendous pressure over the last two years and as a result several companies had to lay off employees, cut operations in several cities and even shut shop in some cases.

TinyOwl, which had been suffering from these issues, decided to merge with Roadrunnr.

FoodPanda too was acquired by Delivery Hero in December 2016.

ALSO READ: Will consolidation be the key to unlocking profitability of startups?

Although there has been a churn in the food tech start-up space with many start-ups disappearing last year, the growth and adoption has been tremendous.

The Indian food tech start-up industry saw a 150% growth in order volumes in 2016 despite funding reducing to a trickle and many players shutting operations, according to RedSeer Consulting report.

The report also said that investment to the sector reduced to less than $80 million in 2016 as compared to $500 million in funding a year ago.

With the huge growth in adoption in food ordering online and through apps, several players have even entered the market. For instance, recently Uber entered the food ordering and delivery market with the launch of UberEATs just this month.

ALSO READ: Now, food delivery to wherever you are possible with UberEATS

This is despite competitor Ola failing in the food delivery space with its Ola Cafe a year AGO.

Even Google has now entered this this space with Aero, a restaurant delivery and home service platform.

While earlier food delivery was sole domain of the restaurant, growth of these food ordering and delivery start-ups has resulted in many of them outsourcing deliveries to companies such as Swiggy, UberEATs and others.

These food ordering and delivery start-ups now account for 30-35% of the total business of partner restaurants in India, RedSeer Study report said.

For smaller restaurants, this move also increases their reach which would earlier be limited to a small radius.

For instance, Munaf Kapadia, Founder of restaurant The Bohri Kitchen which has tied up with UberEATS for delivery services said, "Over the last 12 months we've struggled with trying to put in place a scalable delivery business due to various operational challenges - and we're confident that this partnership with UberEATS will give TBK the scale and efficiency we need to come a step closer towards our business potential."

Moreover, this gives restaurants the space to concentrate on their main job of keeping the quality of their food, while food delivery start-ups do the rest.