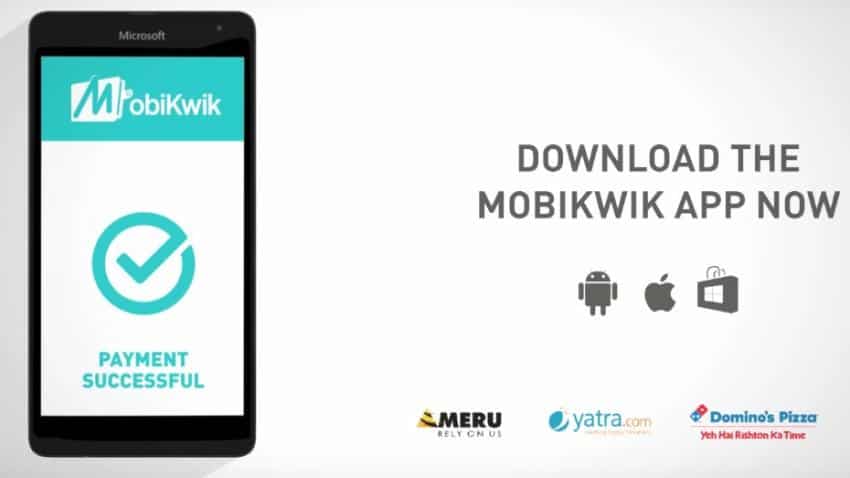 Big benefit for MobiKwik App users! This insurer is giving them insurance cover at an affordable premium

Mobile wallet company MobiKwik is looking at raising over USD 100 million from investors this year to fuel its expansion.

MobiKwik recently inked an agreement with Bajaj Finance under which the latter invested Rs 225 crore (about USD 35 million) in the digital payments company for a 10.83 per cent stake.

"We had said that we plan to raise about USD 150 million and this investment (from Bajaj Finance) is the first tranche. We are in talks with private equity and venture capitalists to raise over USD 100 million," MobiKwik Co-Founder Upasana Taku told PTI.

She added that more funding is expected to come in during the latter half of the year. The deal with Bajaj Finance values the company at over USD 300 million.

It claims to have a network of more than 15 lakh direct merchants and over 55 million users. Talking about the Bajaj Finance partnership, Taku said the two companies will collaborate to launch many "sector- first and industry-first services" on its app.

Under the agreement, Bajaj Finance will acquire 10 equity shares and 271,050 compulsory convertible preference shares (CCPS) of MobiKwik. Post conversion of the CCPS, Bajaj Finance would hold about 10.83 per cent of equity in MobiKwik. The conclusion of the transaction is subject to fulfilment of certain conditions in due course.

Mobile wallet companies like Paytm and MobiKwik have witnessed significant growth in number of users as well as volume of transactions on their platforms.

These companies are also rolling out new features and offers to drive usage and bring new consumers on board.

Big benefit for MobiKwik App users! This insurer is giving them insurance cover at an affordable premium