UPI payments will see greater adoption among users if operations are also launched in countries with a sizeable population of Indians, such as UAE and Singapore, believes Trishneet Arora – Founder & Chief Executive Officer, TAC Security. 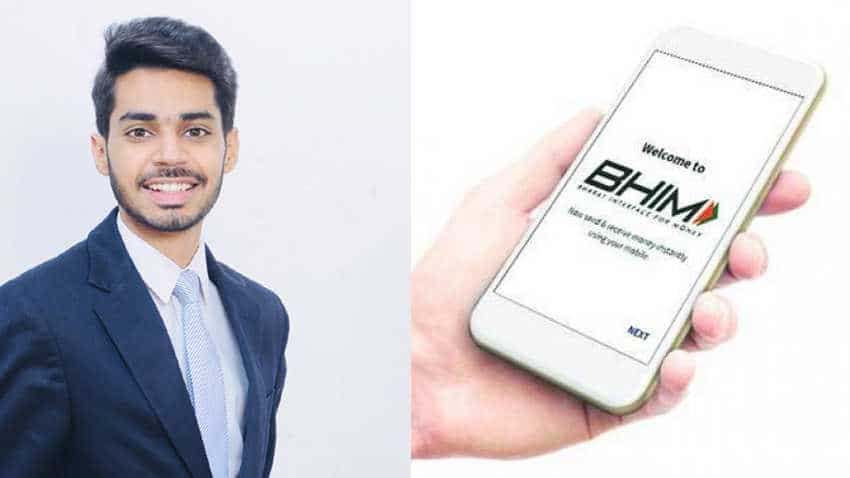 UPI payments will see greater adoption among users if operations are also launched in countries with a sizeable population of Indians, such as UAE and Singapore, believes Trishneet Arora – Founder & Chief Executive Officer, TAC Security. In an exclusive interaction with Zee Business, Arora said that more than 800 million UPI-based transactions were conducted in July 2019 alone, marking an exponential year-on-year increase of 250%. However, he believes that more and more users should be made aware of risk to their sensitive personal and financial information. Arora also talked about TAC Security's role in dealing with the problem and its future plans.

Here are the edited excerpts of the conversation -

1. How capable have UPI payments become in India?

India’s rapid digitisation trajectory means that digital payment methods are becoming increasingly popular. As one of the most seamless and well-integrated digital payment frameworks available to Indians, the Unified Payments Interface (UPI) has registered a huge uptake across the country. This reflects in the growth numbers for UPI-based payments.

By September 2019, in three years since its launch, UPI had facilitated more than 1,000 crore transactions with a total value exceeding INR 17 lakh crore. Almost 80% of these transactions took place between September 2018 and August 2019. More than 800 million UPI-based transactions were conducted in July 2019 alone, marking an exponential year-on-year increase of 250%.

Keeping these numbers in mind, it won’t be a stretch to say that UPI has already established itself as one of the strongest payments systems in India – with its popularity and adoption only set to increase in the future. The launch of UPI 2.0 introduced several new features such as linking overdraft accounts to UPI handles, and pre-authorising transaction requests by specific merchants, and transaction invoicing for merchant payments. There are also talks of launching UPI operations in countries with a sizeable population of Indians, such as UAE and Singapore. These developments will only drive greater adoption for UPI payments.

2. How can firms and customers make sure they don't become victims of fraud?

Service providers, e-commerce players, and financial institutions must seek to deploy customer-facing awareness campaigns through initiatives such as mass emails/circulars and informative videos. They must also look to opt for strong third-party penetration testing and vulnerability assessment services to regularly gauge vulnerabilities in their UPI integration frameworks.

On the customer’s end, care must be taken to avoid sharing confidential details such as OTPs with suspicious callers claiming to be the representative of a service provider or bank. Care must also be taken to verify the identity of the person/business that you are transacting with over an online platform, especially when a large amount of money is involved.

3. How does TAC security's solutions help in dealing with the issue?

The National Payments Corporation of India (NPCI) has empanelled TAC Security for end-to-end assessment of security vulnerabilities in all UPI-based applications. We ensure that the UPI payments framework is safer and more secure for the end-user, and that the risk to their sensitive personal and financial information is minimised. We have worked closely with NPCI since 2017 and have been appreciated multiple times for being a part of Prime Minister Narendra Modi's "Digital India" vision.

4. What are your expansion plans?

We are planning an operational expansion that balances sustainability and scale. To do so, we are working towards making deeper in-roads in TAC Security’s most profitable markets, such as India and the US. We are also targeting high-potential international markets with our differentiated value proposition, products, and service offerings. In the next five years, we foresee TAC Security capturing a significant share within the global cybersecurity market.