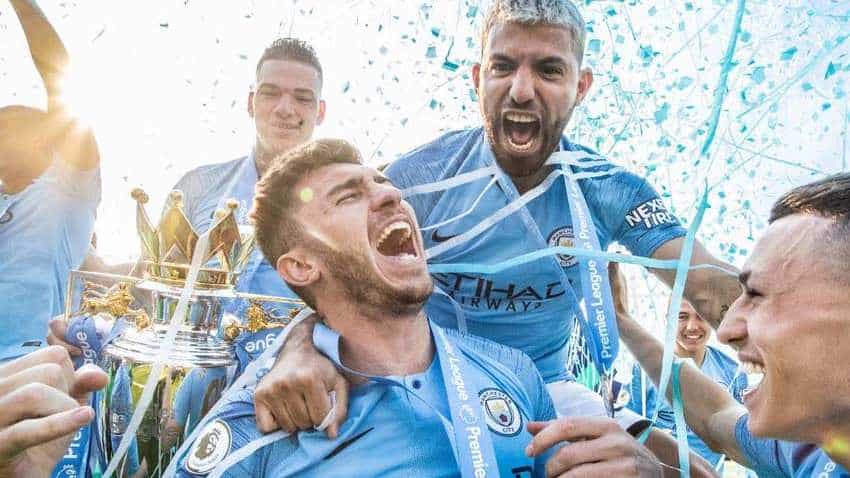 The announcement marks a major milestone for Indian football and can be seen as another step towards the growth of the sport. Source - Manchester City/Twitter.

KWANAbler has partnered with City Football Group, which owns teams in seven countries including English Premier League champions Manchester City and MLS-based New York City FC, to build commercial opportunities in India. The announcement marks a major milestone for Indian football and can be seen as another step towards the growth of the sport. Ravi Krishnan, Chairman, KWANAbler said that City Football Group has not only invested in clubs and players across the world, but also in improving the overall sports infrastructure in the regions in which it operates.

"Associating with such a prominent domain leader is not only an exciting moment for KWANAbler, but also for the larger sporting ecosystem in India. We are confident that this one-of-a-kind association will generate lucrative commercial opportunities for Manchester City in India, and will also add another dimension to the country’s emerging sports landscape," he said.

Vijay Subramaniam, CEO, KWAN said, "We are extremely excited to be partnering with City Football Group in their expanded foray to the Indian Subcontinent. The City Football Group has established itself as the gold standard in global football and with the massive growth of the sport here in India, we see multiple synergies with leading Brands and the Content eco-system."

Meanwhile, Indranil Das Blah, CEO, KWAN Sports added that a lot of Indians are passionate about sport and a massive business potential has gone largely untapped till date.

"With the market at an inflection point, the entry of a globally-leading organisation such as City Football Group will spur the Indian sports industry onto the next phase of its evolution. We are delighted with this association and have committed KWANAbler’s extensive resources to help City Football Group capture the growing business and talent opportunity that the country represents," he said.

KWANAbler is one of the pioneers of sports marketing in India. It aims to keep looking for more such meaningful business opportunities in the country through its association with leading global Sports, Media, and Entertainment businesses.