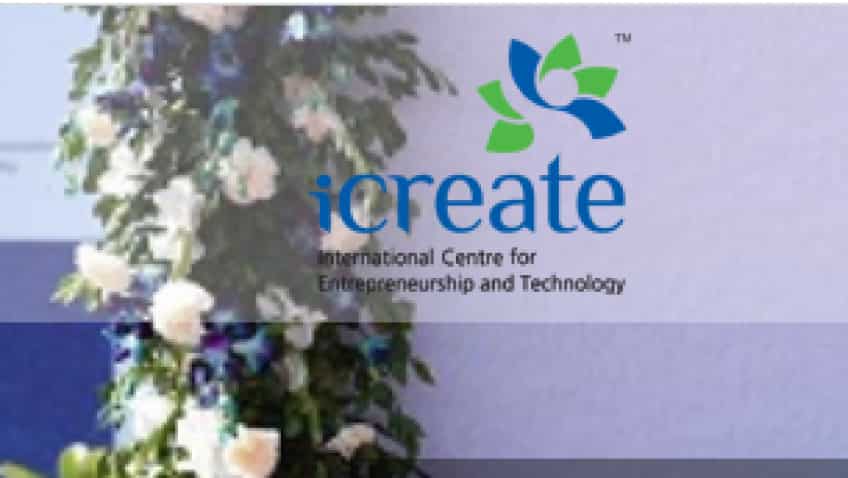 Gujarat's Additional Chief Secretary M K Das said both Israel and India can work together to find solutions and bring them to the masses. Source: Website
Written By: PTI
Edited By: ZeeBiz WebTeam
RELATED NEWS

Not for government employees, massive salary hike of these gets cleared in Gujarat

Israel's Start-Up National Central and iCreate on Tuesday inked a memorandum of understanding (MoU) for starting a programme to bring together Israeli and Indian entrepreneurs as well as startups to collaborate on innovative projects.

Start-Up Nation Central and Ahmedabad-based iCreate will initiate a unique online acceleration programme for market penetration to work with relevant technologies that match up with requirements originating from Indian corporations, Embassy of Israel said in a release.

Speaking on the occasion, Ambassador of Israel to India Ron Malka said both the countries have endless scope for innovation in science and technology, and the two countries will bring together not just technologies but also the spirit of enterprise and innovation.

"Today, we close a circle. A circle that started in 2018 when PM Modi and PM Netanyahu inaugurated this important incubator, iCreate, and now, two years later, we are signing, on the very spot where they stood, an MoU on innovation between Israel's Start-Up Nation Central and India's iCreate," Malka said.

This agreement is an important milestone in the growing innovation collaboration between Israel and India and stands in line with the visions of the Prime Ministers. Israel has the most startups per capita worldwide, and India is the top innovation destination in Asia, he noted.

According to him, both the countries continue to form partnerships and collaborations in technology and innovation to solve a range of global issues like COVID-19, renewable energy and more, implementing high-end technologies like AI, big data analysis and more.

Gujarat's Additional Chief Secretary M K Das said both Israel and India can work together to find solutions and bring them to the masses.

"With this MoU, we are joining hands with you, best brains, best innovators in the world, and the kind of scale we can have. We can refine the technology, we can work together. We have got good liaising with big corporates. Fortunately, they all come from Gujarat. We can work together, and bring it to the masses. We can translate these experiments with big successes, from a commercial and applicability point of view," he said.

ICreate was established in 2012 to create a hi-tech start-up ecosystem with the active support of Narendra Modi, who was then the Gujarat Chief Minister, the release said.

Yaakov Finkelstein, Israel's Consul General in Mumbai, in a lighter vein commented that the combination of Indian Jugad (resourcefulness) and Israeli Chutzpah is a deadly combination which has helped the two countries click together in innovative projects

As per the release, the aim of the programme is to bring together Israeli and Indian entrepreneurs and startups to collaborate on innovative projects.

Gujarat's Chief Minister Vijay Rupani conveyed his best wishes on the signing of the MoU through a video message.

India's Ambassador to Israel Sanjeev Singla and Principal Scientific Advisor to the Government of India, K Vijay Raghavan, joined the event through a video conference along with Ami Appelbaum, Chief Scientist of Israel.

The MoU was signed by Eugene Kandel, CEO of Start-Up Nation Central from Jerusalem and Anupam Jalote, CEO of iCreate from Ahmedabad.

"We are keen to create a bilateral online acceleration programme with Israel's SNC, for innovation and technology cooperation between startups and corporates," Jalote said.

Israel is a natural partner for iCreate in its journey of facilitating invention of tech solutions to problems faced by the society, he added.

"The Israel-India growing partnership has developed into a strategic partnership in recent years, and since the beginning of the COVID-19 pandemic, the two countries have collaborated on a number of joint ventures such as Operation Open Skies and integration of Israeli medical equipment and technologies in Indian hospitals," the release said.

Not for government employees, massive salary hike of these gets cleared in Gujarat