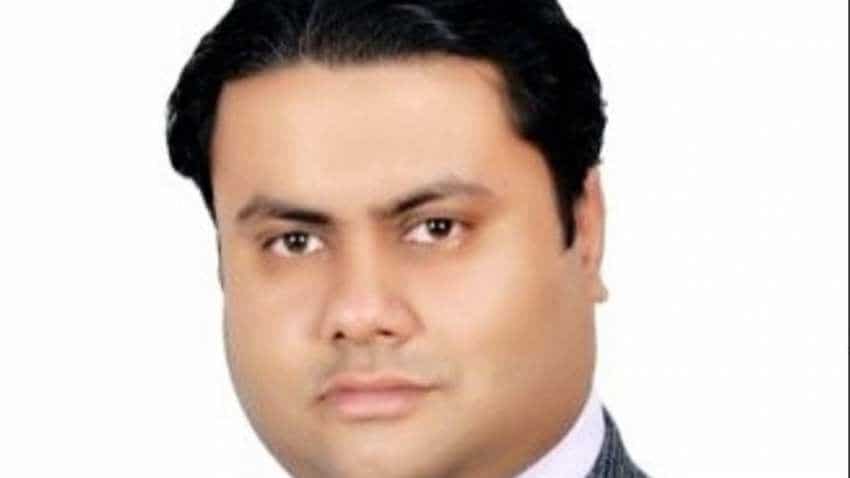 Intellectual property rights (IPR) protection is very important for a new venture or an established business. IPR protection is very important for knowledge-based startups, as the patent laws in India are not as strong as they are in developed countries. Amit Aggarwal, co-founder and director of Effectual Services, an advisory firm that offers IP support solutions to Fortune 500 companies, in an email interview with Zee Business Online, talked about various aspect of patent laws for growth of startups and his company's visions.

How did the idea of starting your own enterprise come? What inspired you?

I, and my current business partner, worked with multiple IP companies and could identify a big gap in the IP offshoring space in India. We started on our own back in 2010 – while there were many companies who were providing IP services back then, there was a need for a better engagement model i.e.to move to from being a mere back office to a Partnering or a Consulting model with clients. We saw the tremendous potential and decided to go on our own to capitalize on the opportunity. Over the years, we have seen this model work exceptionally well with clients.

What is your company's growth rate now and the road map ahead?

Over the period of 9+ years of existence, we have witnessed a positive growth every year. Moving forward, we have plans to revolutionize the way IP services are delivered by focussing on multiple avenues, for example, automation to gain efficiency from the operational standpoint. Also, we plan to move up the IP value chain by providing services like patent valuations. At this point, patents and IP, in general, are a cost centre for most companies, we plan to engage with our clients to help them leverage their patents and generate revenue from IP. Further, from a business perspective, we have plans to increase penetration by opening offices in multiple markets across the globe, especially in cities/regions that are the hub of technical innovation.

What is your expansion plan?

We plan to increase our penetration in multiple regions in near future, especially in regions which are the hub of technical innovation across the globe.

How Patent Issues are leading to unprecedented growth of IOT for companies today?

Widely seen as one of the landmark innovations of this decade, IoT represents a connected network of objects, made smart with the inclusion of sensors and high connectivity. IoT as technology affects large market areas, which range from supply chains to self-driving cars to connected personal devices. The economic impact of the large-scale implementation of IoT is a crucial point to be taken into account, which may even necessitate a complete overhaul of the existing communication systems to make sure a completely fail-safe network is set up.

One must also bear in mind that IoT, as a technology, is still in its nascent stage, despite its growing application in nearly every relevant field. A cohesive unification of a myriad array of technologies will also play a key role in the creation of a user-friendly IoT infrastructure. A typical IoT system includes IoT enables devices (end users), a communication network, large scale data storage facilities and high-end data security. If a novel system incorporating all the necessary technologies and standards can be created, each of these components opens up possibilities for numerous patent filings.

The current IPR landscape suggests that no single company can claim authority in IoT. However, the rapidly increasing number of patent filings in IoT domain every year suggests that more and more research is being devoted to developing a framework based solely on IoT. A study estimates that there will be as many as 20-30 billion connected IoT devices by 2020.  As the leading players have started to comprehend the massive potential offered by IoT, we can expect a huge surge of growth in this industry which may very well change the economic landscape forever, heralding a new era of connectivity never seen before.

Tell us something about the patent filing procedure in India

IP, including patents, can be a game changer for any technology company – startup or big corporation alike. The patent filing process starts with an idea. The key requirements for getting a patent for that idea is that the idea has to be novel, out-of-box, and should have industrial application. For any such idea, a patent needs to be filed with one of the patent offices in India along with prescribed fee.

Importance of IPR and technology transfer for developing countries:

As the TRIPS agreement came into force in developing countries forging stricter standards for IPR protection, numerous WTO member countries with weaker IPR protection laws decided it was time for a complete overhaul. While stronger IPR promotes innovators to present their ideas in the public domain and enjoy rewards for the same, excessively strict policies can disrupt a healthy flow of knowledge transfer and in turn slows down the pace of research and development.

Thus, a careful balance needs to be struck so that weaker, developing countries can engage in a free flow of knowledge with developed nations. Some of the more notorious methods of knowledge transfer that are currently employed in developing countries include forgeries and counterfeiting. In a longer run, such practices are harmful for a developing economy and need to be actively discouraged so that formal procedures for technology transfer and overseas patenting are more widely adopted.

Developing countries lacking a good patent regimen, as well as having a generally unsteady legal system which does not ensure strict enforcement of IPR laws are kept at arm’s length by foreign investors. Following the initial opposition to the TRIPS agreement by developing countries, a surprisingly high number of such nations amended their laws and introduced caveats for easier adaptability. While some may argue that such amendments were not made keeping in mind the existing economic scenario in individual countries, it definitely inspired confidence in investors looking for opportunities to expand their industries overseas.

US elections: From mute buttons to Hunter Biden: Four takeaways from the Trump-Biden debate

Trump vs. Biden: Quotes from the final presidential debate in US elections