Indian technology space which is rapidly growing had more startups exit in 2016 than previous years. Exit through IPO is fast gaining popularity by startups in 2017. 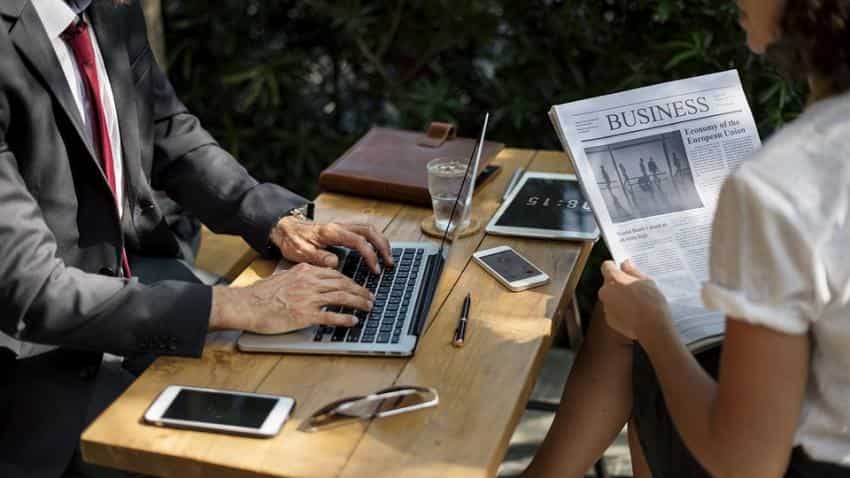 Higher number of Indian technology startups decided to exit with the number of initial public offerings (IPOs) filed by startups rising in 2017 to reach the ‘most in a single year since 2012.’

In the fast growing tech ecosystem in the country, the deal activity and active investors have been on the rise. Nevertheless many tech startups are choosing not to ‘milk the cow’ from the capital provided by VCs, private equity firms and other investment institutions.

“Exits provide capital to startup investors, which can then return the money to their limited partners or to the investors themselves,” a blog published by Startup Explore said.

Startups can exit either through mergers and acquisitions (M&A) or IPOs. In 2016 the report showed 180 startups exited through M&A while four exited through IPO. 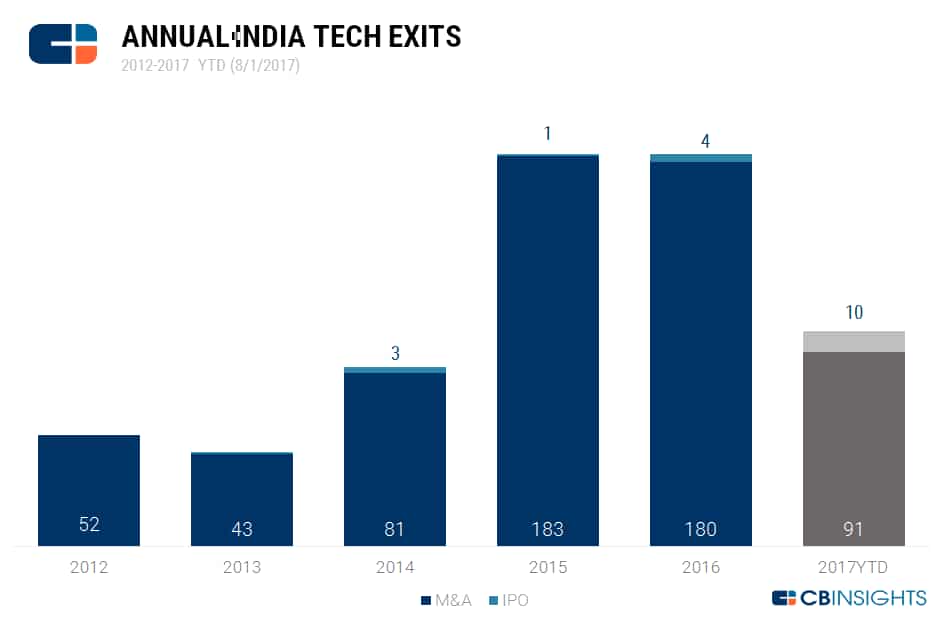 “Among the 6 industries that saw the most exits since 2012, the advertising, sales, & marketing industry brought in the highest number, with 37 exits in that time period. The IT solutions & software development industry came in second at 23 exits,” the report added.

“The industry (marketplace) leads the way in 2017 with 9 exits,” the report added.

“Food and grocery exits have also seen an uptick in recent years, increasing from 1 in 2012 to 12 in 2015 and 10 in 2016. InnerChef accounted for two of those acquisitions, with its purchase of breakfast delivery startup EatOnGo and food truck company Flavour Labs,” the report said.

The top ten most well-funded India tech companies raised a lot of money in ‘pre-exit’ funding. One such company spoken of in the report was Videocon d2h.

“Among companies that have had a first exit since 2012, Videocon d2h raised the most money before it merged with Dish TV Videocon in 2016, at $300 million,” the report said. 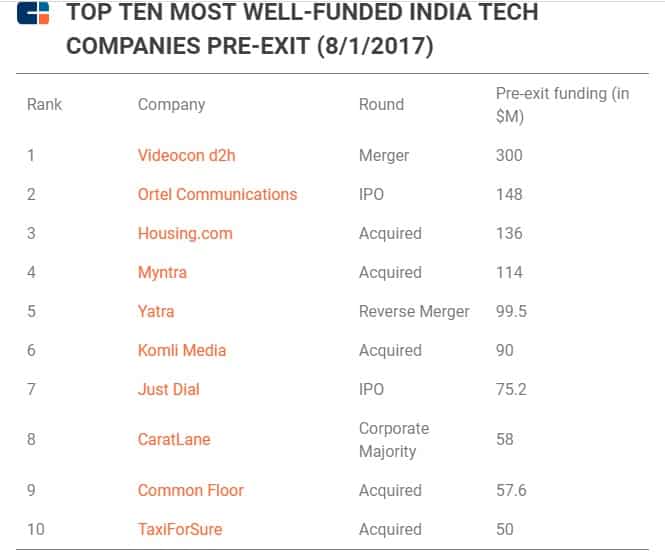