India will become the start-up destination of the world: Sitharaman 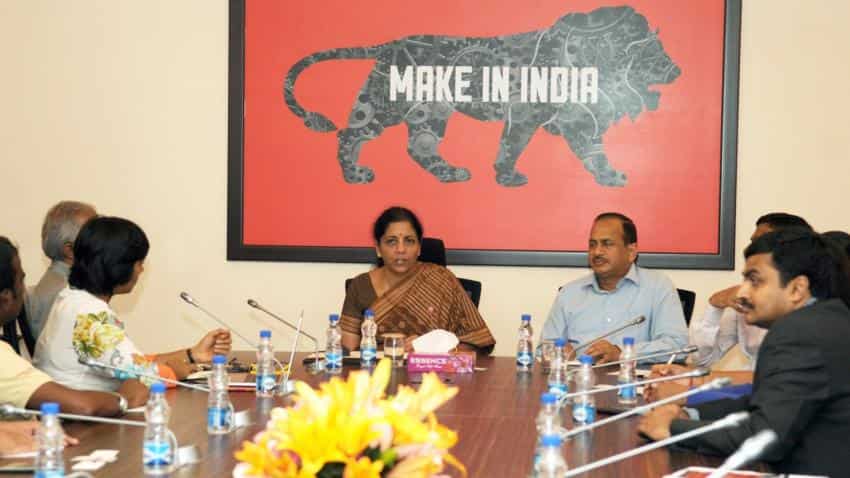 The Ministry of Commerce and Industry on Thursday organised a meeting with stakeholders of 30 up-and-coming startups to discuss the key challenges faced by them.

“This is the first in a series of dedicated meetings that the Government will hold to have all stakeholders of the Startup ecosystem on board in making India one of the best Startup destinations in the world,” Minister of Commerce, Nirmala Sitharaman said in a statement.

The stakeholders raised issues of IPR pendency period, lack of prompt response from incubators for issuing recommendation letters, complicated paper work involved in all government compliances, tedious import/export procedures, need for clear definition of Aggregators under the Service tax among many others.

The government responded that IPR offices have been enhanced considerably in the last six months which will reduce the time taken for examination of patent applications to 18 months by March 2018 compared to over five years now.

“The Startup India initiative is designed to foster innovation, create jobs and facilitate investment. Government is committed to make this initiative a scalable reality and to provide an environment for our Startups to thrive in,” the Ministry said in a statement.

The Ministry also stated time taken for examination of trademark applications will become one month by March 2017.

“The patent applications of Startup are now eligible for expedited examination and reduced fee as per the revised patent rules.

In addition Department of Industrial Policy and Promotion (DIPP) has provided a panel of facilitators who will provide free of cost facilitation to Startups for filing patent applications,” Secretary DIPP said in a statement.

In recent news, Start-up India Hub, an initiative by Prime Minister Modi’s government had reported 12,290 queries that were solved in a matter of 3 months.

1.Tax declaration online: The stakeholders mentioned the difficulties faced by them in interstate movement of goods. For this they suggested that all the states should be asked to take the declarations online and receive taxes online.

3. Maintaining compliance checklist: Another suggestion by them was that all startups should have a checklist for all the state and central compliances on the Startup India portal, a discussion forum to be evolved for all the stakeholders of the Startup ecosystem to exchange ideas and companies should be asked to spend more on Startups as part of CSR activities.

5. Ease of procuring credit: They also mentioned that access of credit through banks should be simplified and the time taken should also be reduced. For easier compliance towards various rules and regulations they suggested that a handbook should be prepared and put on public domain.

The government concluded the meet stating that the government will take up these initiatives to help startups.

1.    The details of the compliances of Central and State laws expected of a Startup would be posted on the Startup India portal.

2.    DIPP would take up with the concerned ministries/regulator the various issues raised by the startups pertaining to them.

3.    Secretary, DIPP promised to facilitate the meeting of various Startups with the concerned departments, so that Startups can take up their issues directly with them.

4.    DIPP would explore the possibility of developing an app which would enable Startups to know which subject relates to which ministry or regulator.

5.    The Department would also prepare a handbook to guide Startups on various compliances and the processes involved.