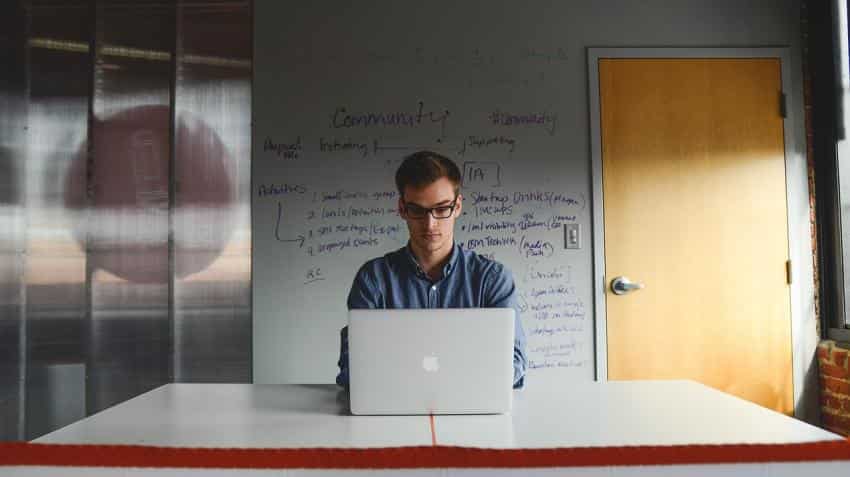 A person working on a start-up. Photo: Pixabay

Strengthening its position as the third largest startup ecosystem across the world, amidst intensifying competition from countries like UK and Israel, India continues its momentum of being one of the most vibrant landscape for start-ups.

Adding over 1000 tech start-ups in 2017, taking the total number of tech start-ups to 5000-5200, India is witnessing a rapid rise in the B2B tech start-up landscape, focused on verticals like healthtech, fintech, and ecommerce/aggregators, according to a NASSCOM report.

While Bengaluru, Delhi or NCR and Mumbai retained their position as the key start-up hubs in India, 20% of the start-ups emerged from tier II/III cities.

These trends were discussed at the launch of the 2017 edition of the NASSCOM-Zinnov report on the ‘Indian Start-up Ecosystem – Traversing the maturity cycle’, released on the sidelines of the of the annual flagship NASSCOM Product Conclave 2017.

Raman Roy, Chairman, NASSCOM, and CEO and MD, Quatrro Global Services, said, “The Indian technology industry is renowned globally for its pioneering innovation and the start-ups arena is no different. India is one of the fastest growing start-up landscape in the world and every major accelerator, investor, angel group, is participating in becoming a part of this growth journey. Today, Indian ecosystem is flooded with innovative ideas and needs the right channel and guidance in terms of acceleration, scaling up and funding to continue to disrupt.”

With 40% of startups in the B2B segment, B2B’s share in the overall tech start-up funding is over 30%. Corporates are playing a vital role in supporting these with over 50 collaboration programs, over 20 corporate accelerators (recording a 33% YoY growth), and 30-40 active corporate investors, thus increasing their role in the rise of the start-up ecosystem.

Sub-segments like digital payments and lending are maturing, while wealth management and insur-tech emerging as growth areas. Implementation of advanced technology also becoming prominent, with 33% of fintech funding towards advanced technologies such as Artificial Intelligence and Analytics.

Areas like health information management, aggregator/ecommerce have continued to mature with growth in areas like anomaly detection, disease monitoring, and tele-health/tele-medicine. As for advanced technologies, 31% of health-tech funding went towards Artificial Intelligence, IoT, and Analytics.

With over 60% start-ups, the B2C tech start-up segment focused on creating innovative business models and taking the vertical approach, securing close to 70% of the overall tech start-up funding in H1 2017. Leading vertical in the B2C segment are travel and hospitality, food-tech, fin-tech, and health-tech.

R Chandrashekhar, President, NASSCOM, said, “The Indian startup ecosystem is maturing, driven by young, diverse and inclusive entrepreneurial landscape. This is leading to emergence of focused domain solutions for verticals like healthcare, agriculture, and education. Findings of the report is a testimony to the potential of the start-up landscape and the scope of growth and opportunity that India presents. NASSCOM will continue its drive towards catalysing deep tech start-ups, build category leaders and support start-ups to create for India.”

Growing at 5-year CAGR of 30%, advanced tech start-ups focused on creating solutions in segments like Artificial Intelligence, Analytics, Augmented Reality or Virtual reality, Blockchain and Internet of Things, among others. Enterprise and SMB-focused horizontal solutions start-ups, 90% of which is SaaS-based, are also witnessing significant inflow of funding.

Driven by the need to enhance tech capabilities, expand markets and portfolio, global corporates are now drawn towards the Indian tech start-up arena. H1-2017 saw 50+ M&A deals, indicating at a growth of 25% since H1-2016. Over 325 start-ups emerging, with YoY growth of 18%, catering to social challenges in the areas of healthcare and education, and are thus building solutions for India, creating social impact.

IT startup Contentstack raises $80 million in funding round co-led by Georgian, Insight Partners