The Indian startup ecosystem has grown immensely over the last few years. 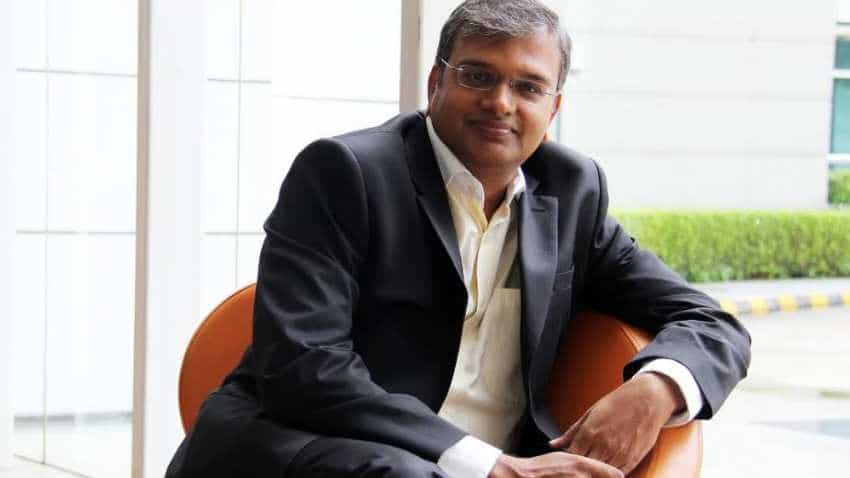 The Indian startup ecosystem has grown immensely over the last few years. The two biggest drivers of this growth include the huge domestic consumption and widespread proliferation of smartphones. Sanjay Lakhotia, co-founder of Noble House Consulting Pte, in an email interview to Zee Business Online talked many aspects of startups in India. Here are the edited excerpts of the interview -

How is the startup ecosystem in India at present?
The Indian startup ecosystem has grown immensely over the last few years. The number of startups had crossed 20,000 in June 2018. The two biggest drivers of this growth include the huge domestic consumption and widespread proliferation of smartphones. There is a rise in the number of incubators, mentors, and accelerators as well as other infrastructure like co-working spaces. Angel Investors, PE Funds and the biggest global venture capitalists have all invested billions of dollars in the Indian startup ecosystem.

Advancement in technology is expected to double the number of tech startups from the present 52,00 to about 10,500 by 2020. Thus, there is ample evidence that the Indian startup ecosystem has plenty of buoyancy at present.

Do you think that the government's recent steps to improve the Ease of Doing Business have helped improve the startup ecosystem?
The Government of India launched Startup India in January 2016 with the goal of empowering the youth and promoting entrepreneurship in the country. There have been a number of policy changes such as simplification of policies, funding, and mentoring. The tax cuts and GST have also benefited tech startups directly or indirectly. However, there is more ground to be covered. On an international level, most countries charge half or even less than one-third of the interest rate on business loans. To develop a world-class startup ecosystem, the government must ensure that the interest on business loans is at par with the global rates.

Another key area where the government needs to do more is: Skill development. While our country has a humongous workforce, there is a need for them to be trained or re-trained to acquire new skills. There should also be changes in tax laws related to employees’ stock options, equity, valuations, and the way angel taxes are revised and given a better structure.

Tell us about Noble House? What is the problem that you are trying to solve?
Noble House is a pioneering, technology-driven HR marketplace working towards creating a bridge between independent human resource consultants and corporate houses. We have rapidly evolved as a one-stop shop for finding short-term projects, part-time roles and freelance opportunities in the HR domain.

Noble House is trying to streamline the fractured HR consulting space. Our aim is to also bridge the gender divide by focusing on women consultants. About 40% of our consultants are already women and, they make up for 60% of the completed projects.

Have you received any funding? What are your expansion plans?
In 2018, we received a seed funding of $1 million from HR and business leaders in India and Singapore. We are now gearing up to raise another $2 million in a pre-series A funding round. We plan to use the funds to further expand our tech platform and outreach across Asia. We started with India and late in 2018, Noble House was launched in Singapore. We see a fantastic opportunity in Tier-II markets that have a dearth of quality HR talent.

Tell us about the growth of the gig economy in India?
We had conducted a study on gig economy in India recently. According to our research, 70% of those surveyed had used gig employees at least 1 to 2 times in the year 2018 and 13% hired them 3 to 5 times. Interestingly, organisations frequently hiring gig employees (more than 5 times in 2018) made up 17% of the total.

Another interesting finding was that 73% of the people surveyed chose to continue working as gig consultants over full-time jobs. Factors like access to digital and internet technology, availability of qualified and tech-savvy resources are driving this growth. According to Paypal, India is the second largest source of gig workers in the world, and Indian gig experts are contributing almost 40% of completed global freelance projects. There are a growing number of companies and startup brands relying on the capabilities of gig-based employees. Gig resources are taking care of numerous functions like HR, marketing, training, and various other key business elements. Gig workers are skilled and experienced professionals with no need for on-the-job training or infrastructural support in most cases. All these factors and many others are ensuring a rapid expansion of the gig economy in India.

Do you think the hiring scenario is going to be better this year?
Yes, the hiring scenario in 2019 is bound to be more robust. More and more companies are discovering the great benefits of gig hiring. Our experienced gig consultants are providing superior work delivery at a faster pace. Noble House’s cutting edge technology driven platform has been providing highly accurate matches between requirements and consultant skills, resulting in a better experience for all involved. Hence, the hiring outlook looks a lot more encouraging this year.