With the aim to make Gujarat a pollution-free state, Chief Minister Vijay Rupani has announced to implement Electrical vehicle policy in the state on Tuesday, June 22. 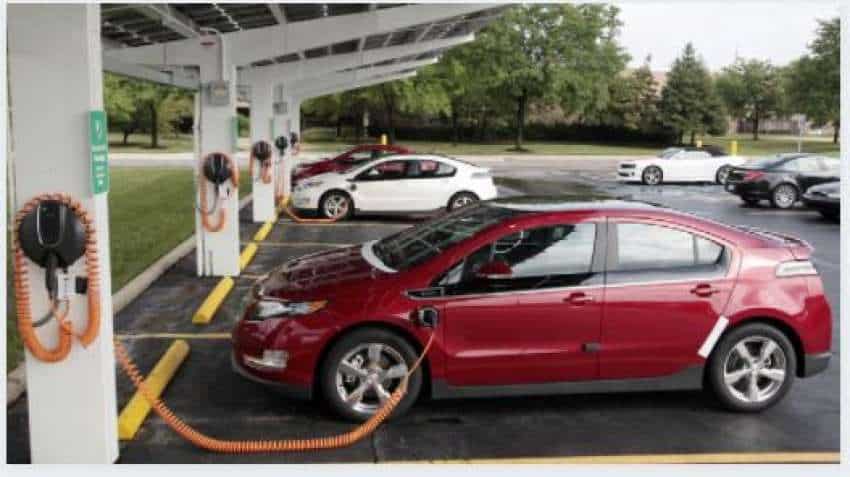 With the implementation of Gujarat Electrical vehicle policy, the state government plans to cut down carbon dioxide (CO2) level in atmosphere by around 6 million tonnes.Source: Reuters
Reported By: Ambarish Pandey
Written By: ZeeBiz WebTeam
RELATED NEWS

As per the policy envisaged by the Gujarat Chief Minister, the work will also be done for electric vehicle manufacturing. The focus in the electric segment will be on two-wheelers, three-wheelers and four-wheelers, primarily on e-bike, rickshaw and automobile.

There will be subsidy of Rs 20,000 on ebike, 50,000 on e-rikshaw and 1.5 lakh on four wheelers will be provided to promote consumption of clean energy. The government will also set up 500 charging stations in the length and breadth of the state and will provide subsidy on them too. A subsidy of up to Rs 10 lakh will be given on construction of such charging facilities. So far, approval for 250 charging stations have been granted, said Rupani.  The subsidy will be granted as per kg and per kw basis.

It is learnt that Gujarat has made this policy better than other states. The state Chief Minister said that electrification of public transport could also be considered in the future, adding that local people will be free to buy vehicle of their choice as per their suitability.