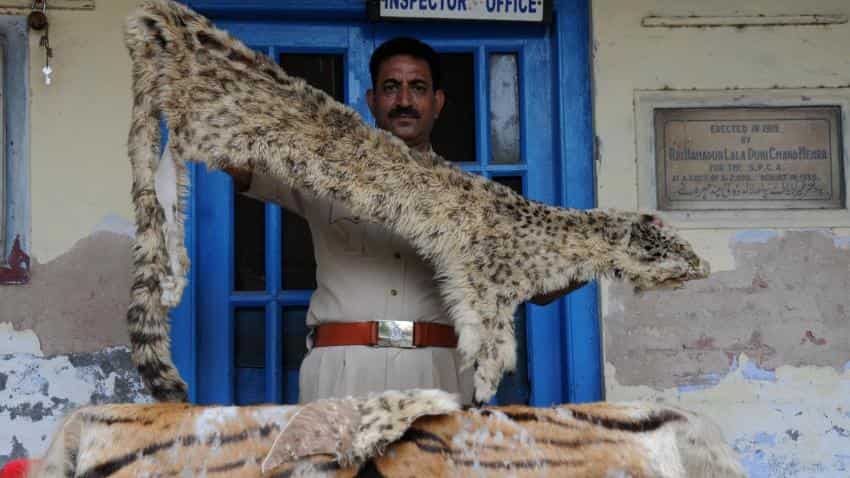 In May, the representatives of online portals met the ministry to discuss this issue. Photo: IANS
Written By: Hitisha Jain

Union Government, on Monday, said that 106 e-commerce websites including Snapdeal, Quikr, Olx, eBay and Amazon India, are trading rare animals and their parts.

In a written reply to Rajya Sabha, Ministry of Environment, Forest and Climate Change said that Wildlife Crime Control Bureau (WCCB) and Department of Information Technology are monitoring the situation under relevant laws at both State and Central Government as a part of combating cyber-crime.

A spokesperson of e-commerce major, Amazon India, which was also named as one of the websites that sold rare animals and their parts, in a statement said, "In May this year, Amazon India took down 296 items in the ‘animal specimen’ category and 104 items under the ‘snares or traps’ category, that were listed by third party sellers, after Wildlife SOS drew our attention to them.  Such products are no longer available on Amazon.in and in addition, we have strictly enforced any attempts to inadvertently sell them".

"We have since engaged with the government and provided our utmost support to help monitor the situation. We have also provided information as and when required by various government bodies and will continue to do so. We are committed as a company to prevent misuse of our platform by unscrupulous wildlife traffickers or sellers who violate the laws of the country. Amazon India will continue to support wildlife conservation efforts", the spokesperson said.

Anil Dave, Minister of State for Environment, Forest and Climate Change informed Parliament that Ministry is taking various steps to prevent such illegal acts like by carrying out regular cyber patrolling to detect any posts and offers over such trade portals on the World Wide Web.

"On detection of such offers, details are retrieved of the suspect and the information is passed on to relevant enforcement agencies for legal action", Dave said in the reply.

Atul Tewari, COO of online classified portal, Quikr, said, "Our tech team has spent thousands of hours creating cutting-edge tools that filter wrong or duplicate listings, those with unwanted words and those that violate our comprehensive listing policy. At different times, the team has also reached out to customers for verification over the phone to cross-check the authenticity of the listing. If we do come upon a fraudulent listing, we delete it and also block the user from accessing the site."