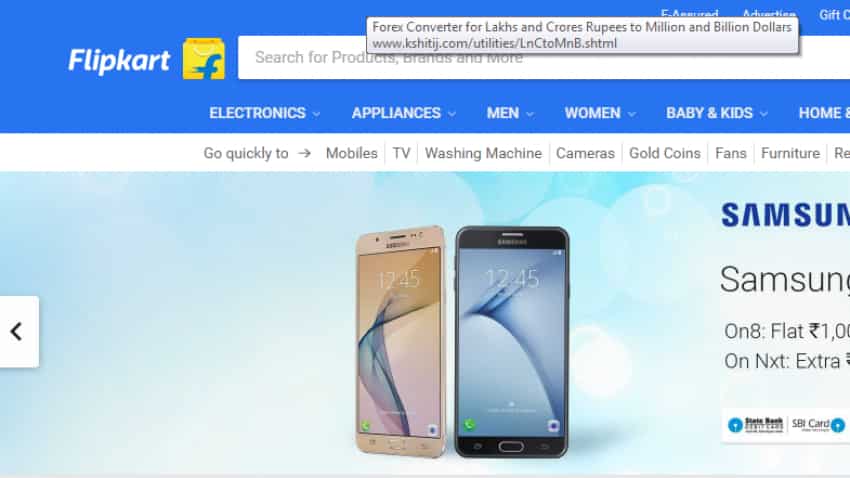 After the Government of India banned circulation of Rs 500 and Rs 1,000 notes from Tuesday midnight to fight black money and corruption, e-commerce companies like Flipkart and Amazon India have temporarily stopped accepting cash on delivery for goods ordered under cash on delivery (COD) option.

Flipkart has reportedly disabled cash on delivery orders for goods worth over Rs 2,000, Zee Business news channel reported on Wednesday.

The channel's reporter Aseem Manchanda tweeted as saying,"Hit for e-commerce companies too? @flipkart has disabled cash on delivery orders for goods worth over Rs 2,000."

Hit for e-commerce companies too ? @flipkart has disabled cash on delivery orders for goods worth over Rs 2000.

Prime Minister Narendra Modi on Tuesday announced that Rs 500 and Rs 1,000  banknotes would be withdrawn from circulation at midnight to crack down on rampant corruption and counterfeit currency, cited the Reuters report.

The surprise move was designed to bring billions of dollars worth of cash in unaccounted wealth into the mainstream economy, as well as hit the finances of militants who target India and are suspected of using fake Rs 500 notes to fund operations, it added.

"Black money and corruption are the biggest obstacles in eradicating poverty," Modi said in a hastily convened address to the nation after a cabinet meeting.