The ecommerce segment is going through a phase where top firms are getting rid of competition by way of acquisition and a few months later shutting it. 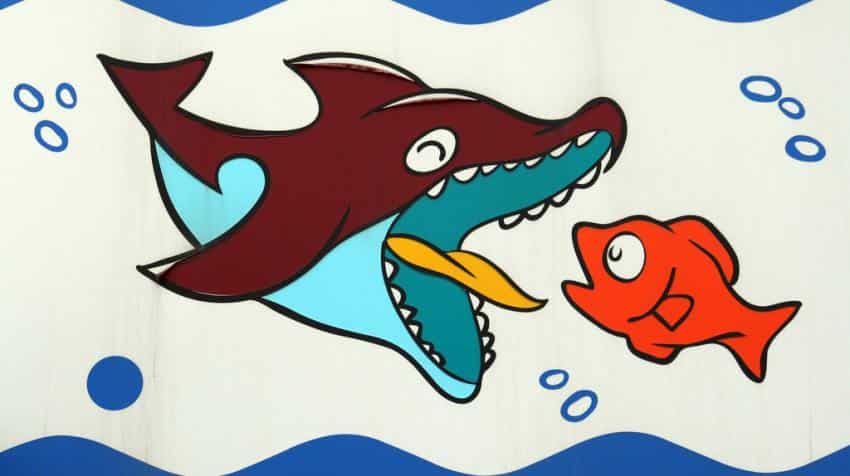 The times are tough for ecommerce companies as investment has started to dry up or if lucky trickle in. The effects of this can be seen in the form of mass sacking of employees, shelving expansion plans, shutting operations in several cities, consolidation and even a decline in the marketing spends.

However, the ecommerce segment is going through a phase where top firms are getting rid of competition by way of acquisition and a few months later shutting it. A classic case of big fish eats smaller fish.

For instance, Flipkart in July 29 laid off nearly 1,000 employees. This came on the back of the Flipkart's acquisition of struggling fashion ecommerce firm Jabong for Rs 470 crore a week earlier.

Snapdeal on Wednesday itself said it will shut down Exclusively.com just 18 months after it acquired the premium branded fashion and lifestyle products marketplace. "Snapdeal has completed the integration of Exclusively with itself. The entire catalogue of Exclusively, including fashion and lifestyle products, footwear, accessories will be available on Snapdeal and will be fulfilled through Snapdeal's logistics network," Snapdeal said in a statement.

A Snapdeal spokesperson said the company has absorbed all the employees of Exclusively.com and they will continue with their existing business responsibilities. She, however, did not comment on the number of employees Exclusively.Com has.

Another example of the consolidation and then sackings include Ola which acquired competitor TaxiForSure and a year later is now looking to shut down the company. Media reports further suggest that nearly 1000 employees of the taxi-app company will be laid off.

About 90% of the staff is being laid off from TaxiForSure works in the company’s call centres, driver relations and business development units. The employees that are being retrenched are located across a dozen cities and are being given three months’ salary as compensation which includes current and former employees of the cab hailing company, added a TechCircle story.

Ola had paid $200 million in cash to acquire in March 2015 and has now decided to cancel the deal and drop it off mid-way.