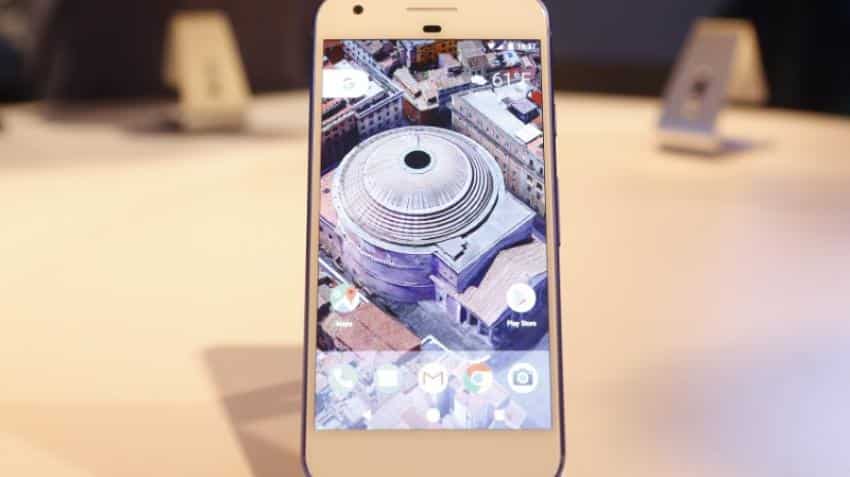 Flipkart, in its Republic Day Sale that ends on mid-night of January 26 is trying to sell the Google Pixel phone at less than half the price, with terms and conditions applied. Image Source: Reuters
Written By: ZeeBiz WebTeam
RELATED NEWS

Google’s self-branded Pixel phone that was released in India in October last year had its 32GB variant priced at Rs 57,000, the cheapest in the range.

Nevertheless Flipkart, in its Republic Day Sale that ends on mid-night of January 26 is trying to sell the phone at less than half the price, with terms and conditions applied.

This is how Flipkart has tried to boost sales of all variants of the Google Pixel on its site. 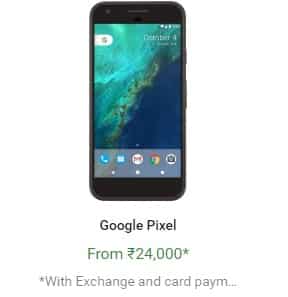 Customers would get Rs 23,000 off on the 32GB variant by exchanging their own phones.

However, the only phone that would be eligible to avail the full discount of Rs 23,000 was the iPhone 6s Plus, which was also released in October last year, a report by Gadget 360 that tested Flipkart's exchange offer said on Tuesday.

“…most other smartphones seem to fetch a much smaller value compared to the Apple smartphone,” the report added.

If customers do manage to avail the full discount, Flipkart said they would also provide an additional Rs 10,000 cash back on all credit and debit card transactions for this purchase.

This clause also has fine print under it which included the clause, ‘not applicable to Card on delivery transactions,’ among other terms.

Flipkart said that it would also be giving an extra 5% off on this purchase with Axis Bank Buzz Credit Cards. However, under terms and conditions with this clause the company said, “The maximum discount that can be availed per card is Rs 200 per month.”

The last and final offer on the 32GB variant by Flipkart was an additional Rs 3,000 off on the regular exchange value, which would be returned by the company. Even still, within brackets the company mentioned, "Price shown inclusive of offer."