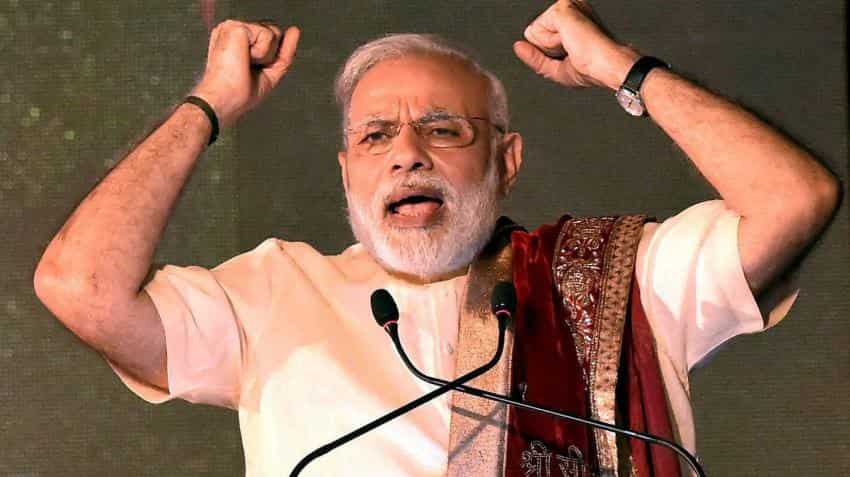 The first ever three-day BRICS Trade Fair will commence at the Pragati Maidan here on the theme 'Building BRICS - Innovation for Collaboration.'

The BRICS Trade Fair will also focus on start-ups and will bring together young entrepreneurs from across BRICS nations on this platform.

There are several sectors of interest to BRICS countries - a grouping of emerging economies of Brazil, Russia, India, China and South Africa - that will be represented at the trade fair, though the focus will be to showcase some of the best technologies available across BRICS nations to address BRICS countries main development challenges.

Ministry of External Affairs, Secretary, Economic Relations (ER), Amar Sinha said, "The next week, there will also be the first BRICS Trade, which has never happened before, is being organised by the Federation of Indian Chambers of Commerce and Industry (FICCI).

We have an overwhelming response from all the BRICS countries and the focus there really is on innovation, innovative technologies, start-ups on manufacturing and we are looking at very good participation by all the major companies from the BRICS countries, besides trade ministers will be here.

The Ministry of Commerce and Industry, in a statement issued on October 3, said the first BRICS Trade Fair and Exhibition will be staged just ahead of the BRICS political summit in Goa (October 15-16). This major initiative was proposed by Prime Minister Narendra Modi last year during his address to the members of the BRICS Business Council at Ufa in Russia.

The trade fair is expected to give an impetus to intra-BRICS economic engagement and to foster connects amongst members of our business community.The fair will showcase about 20 key sectors.

The BRICS Trade Fair will be a platform for respective BRICS countries to exhibit the state-of-the-art technologies and advances made in industrial development. Besides established companies, start-ups and innovators from BRICS will showcase their offerings.

The idea is to help technology solution providers from BRICS countries to share knowledge and expertise in dealing with the common development challenges in areas such as healthcare, education, energy efficiency, waste management and urbanisation management.Besides, business leaders from BIMSTEC countries (Bangladesh, Bhutan, Myanmar, Nepal, Sri Lanka and Thailand) have been invited for meetings and discussions with the BRICS business leaders and companies at the fair.

This is a new dimension and complements the regional outreach efforts being made by our respective governments to fortify South-South cooperation.In addition to the BRICS Trade Fair, BRICS Business Forum will be held on October 13, 2016.

This is a full day conference that will see participation from over 1,000 business delegates from all BRICS countries. Vice President M. Hamid Ansari and trade ministers of all BRICS nations have been invited to address the participants and share their vision for economic engagement at the BRICS Business Forum.

The Vice President of New Development Bank and the senior team will join this forum and share how the private sector can support its own efforts to promote sustainable development projects across BRICS countries. The Forum is expected to give a fillip to these efforts.The BRICS Business Council was established during the fifth BRICS Summit in Durban, South Africa, with the objective of promoting and strengthening business, trade and investment ties amongst the business communities of the five countries.

The Council will hold focused seminars and workshops concurrent with the Trade Fair.

The seven working groups in the areas of Infrastructure, Manufacturing, Financial Services, Energy & Green Economy, Skills Development, Agribusiness and Deregulation that have been formed under the aegis of the BRICS Business Council will engage in interactions with a view to better understand the market opportunities and build synergies based on their respective competitive strengths and to promote industrial development and job creation.

Through the various programmes that will be held, it is expected that many suggestions would emerge to take forward and implement the action plan contained in the BRICS Strategy for Economic Partnership. (ANI)