The acquisition includes the transfer of Burrp's key assets to Bookmyshow including the employees and existing restaurant partnerships. 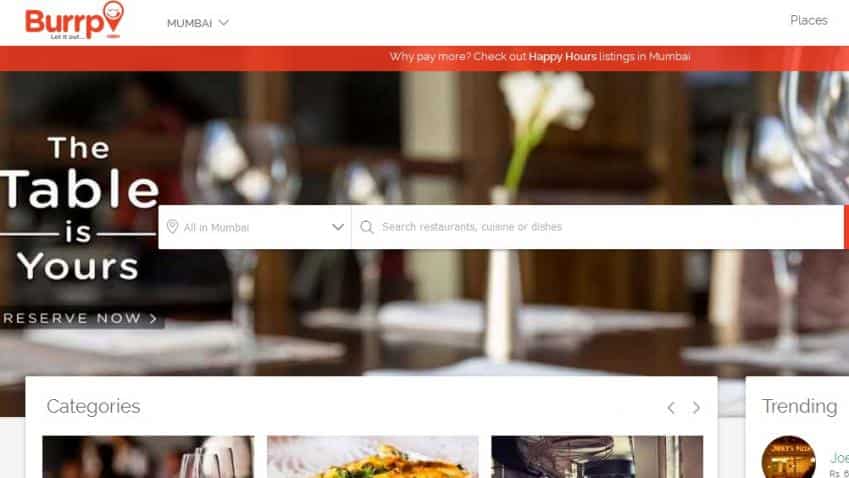 The acquisition is being carried out on a slump sale basis by Foodfesta Wellcare, an arm of Big Tree -- an associate firm of Reliance Industries, which is also the promoter group company of Network18.

"The acquisition includes transfer of Burrp's key assets to BookMyShow, including employees and existing restaurant partnerships," BMS said in a statement.

In a regulatory filing, Network18 said, "The consideration for the slump sale is Rs 6.7 lakh and has been determined on the basis of valuation carried out by EY."

Burrp is India's oldest food-tech business and currently lists over 56,000 restaurants across 12 cities.

It further said considering the "insignificant contribution" of Burrp to revenue and the investments and the focus required to be made, Network18 had decided to divest the Burrp business.

"The transaction is at arms' length basis and being a slump sale does not have any impact on the shareholding pattern of the company," Network18 said.

It added that the transfer will be effective from July 1.

Founded in 2006, Burrp was a prominent player in the restaurant discovery space until it lost ground to competitor Zomato.

BookMyShow has been focusing on transforming into a complete entertainment destination as it faces competition from new players like Paytm.

"Movie going in India is a social activity and food is an integral part of it. This is where Burrp fits in for us. We are excited to have Burrp on board and look forward to benefiting from their experience, technology and partnerships," BMS Head (Mergers and Acquisitions) Mansi Vora said.