In a letter filed in the Sadar Police station in Gurgaon, Askme.com's Directors said that they certify that they will send their recommendations to all the shareholders within seven days time regarding the outstanding dues to creditors and sellers. 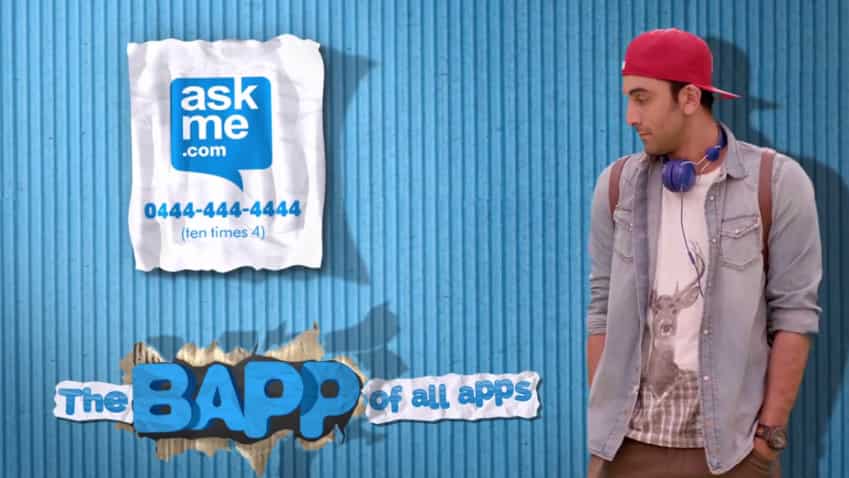 The sudden shutdown of Askme.com has caused a stir amongst its employees and vendors who have been left in a lurch without salaries and payments.

Getit Infoservices-run Askme.com's Board of Directors, on Wednesday, reached the Sadar Police Station after a complaint was filed against them for the non-payment of dues.

At the police station, Askme.com's directors gave the vendors a written assurance that they will speak to the stakeholders and send their recommendations within seven days.

The letter said, "We as Directors certify that we will send out recommendations to all the stakeholders in 7 (seven) days time on the creditors and sellers outstanding."

In the letter of assurance, the Board stated that they will update the creditors and sellers and the Officer-In-Charge at the Sadar Police station, about the outstanding dues in 15 days.

"Within 15 days (fifteen days) will update the creditors and sellers and the station-in-charge, Sadar thana Gurgaon regarding the pending position of the shareholders by mail," the letter said.
Zee Business has a copy of the letter. 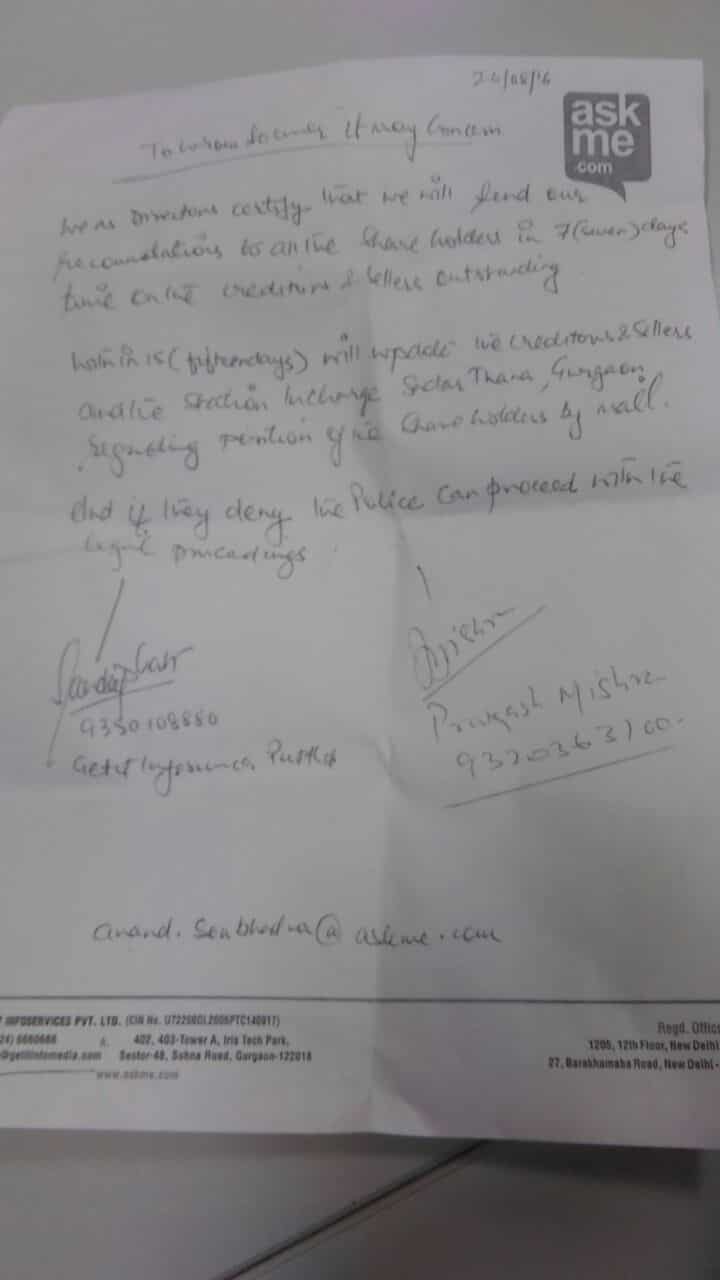 Zee Business reported that Askme's board will also find a way for the vendors to speak to the stakeholders. Failing the aforementioned assurances, the police may take legal action against the e-portal.

Askme.com suspended its operations last Wednesday, citing cash crunch in the company after its main stakeholder, Malaysia-based Astro Overseas, exited the company without making the last tranche of a payment. The move has likely impacted 4,000 employees and several sellers of the platform.