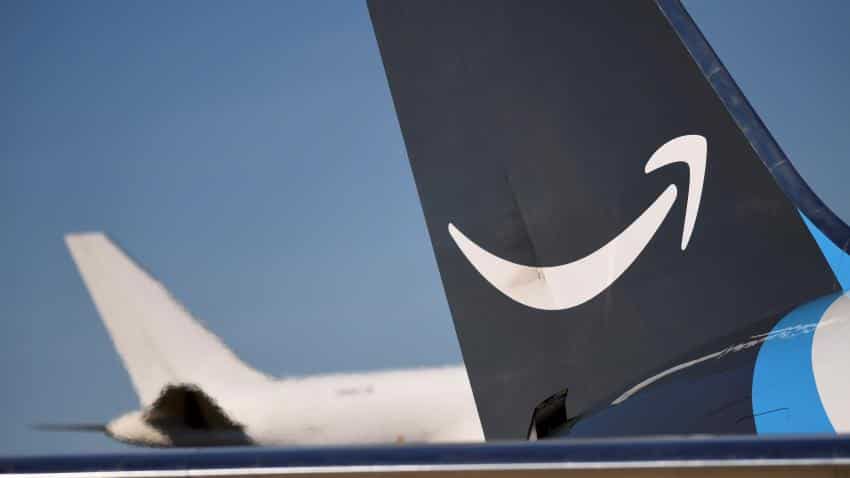 Earlier in February the US based e-commerce company had sought government approval to open ‘food-only’ outlets along with an online platform to sell the locally produced items. Image of Amazon Prime logo on a wide body aircraft. Source: Reuters
Written By: ZeeBiz WebTeam
RELATED NEWS

E-commerce giant, Amazon India on Friday said that they were looking to partner with the government to increase food supply chain in the country.

"We are excited by government's continued efforts to encourage FDI in India for a stronger food supply chain. We have sought an approval to invest and partner with the government in achieving this vision," an emailed statement by Amazon said.

Earlier in February the US based e-commerce company had sought government approval to open ‘food-only’ outlets along with an online platform to sell the locally produced items.

“…retail trading of food products (produced or manufactured in India) to customers at any location through any channel, offline or online, including e-commerce, across India,” Amazon Corporate Holding said.

The investment in the grocery store the company said would be Rs 3,500 crore over the next five years.

Amazon will sell third-party or its own private labels of locally produced and packaged food products.

Earlier in March the government said it was further mulling over easing FDI norms in retail which may also include multi-brand retail.

Presently FDI in multi brand retail trading, in all products, has been permitted however the caveats to the norm has been termed as difficult by the companies.