Warren Buffett lesson: The Oracle of Omaha's enthusiasm for the future of the US and his company Berkshire Hathaway Inc has not been dimmed by the Covid-19. Buffett used his annual letter to investors to assure he and his successors would be careful stewards of their money at Berkshire, where "the passage of time" and "an inner calm" would help serve them well 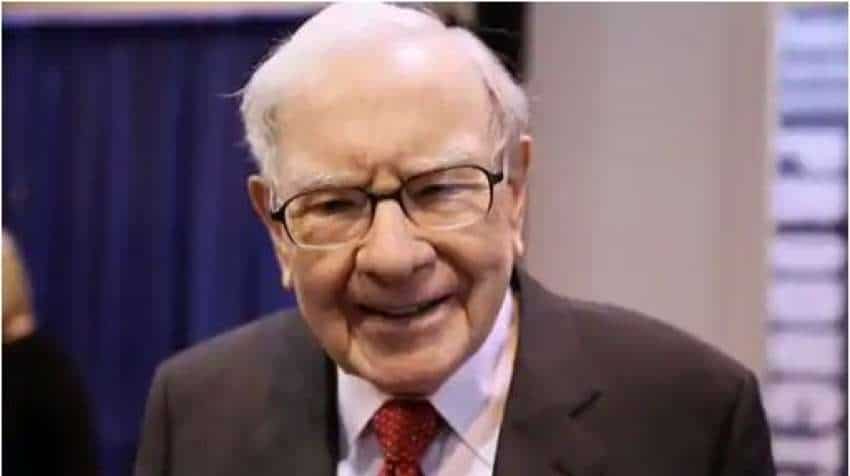 Warren Buffett lesson: The Oracle of Omaha's enthusiasm for the future of the US and his company Berkshire Hathaway Inc has not been dimmed by the Covid-19. Buffett used his annual letter to investors to assure he and his successors would be careful stewards of their money at Berkshire, where "the passage of time" and "an inner calm" would help serve them well.

Despite the disappearance last year of more than 31,000 jobs from Berkshire`s workforce, Buffett retained his trademark optimism, buying back a record $24.7 billion of its stock in 2020 in a sign he considers it undervalued.

"Our unwavering conclusion: Never bet against America," he said. ((https://www.berkshirehathaway.com/letters/2020ltr.pdf))

Tom Russo, a partner at Gardner, Russo & Gardner in Lancaster, Pennsylvania and longtime Berkshire investor, said: "He`s a deep believer in his company and the country."

The letter breaks an uncharacteristic silence for the 90-year-old Buffett, who has been almost completely invisible to the public since Berkshire`s annual meeting last May.

But while touching on familiar themes, including Wall Street bankers` avarice for dealmaking fees that benefit them more than companies they represent, Buffett did not dwell on the pandemic, a prime factor behind Berkshire`s job losses.

He also did not address recent social upheavals or the divisive political environment that some companies now address more directly.

"The letter highlighted the innovation and values that have become the backbone of America, and that`s perfectly acceptable," said Cathy Seifert, an analyst at CFRA Research with a "hold" rating on Berkshire.

"Given the reverence that investors have for him, the letter was striking for what it omitted," she added. "A new generation of investors demands a degree of social awareness, and that companies like Berkshire set out their beliefs, standards and goals."

He called Apple and the BNSF railroad Berkshire`s most valuable assets - "it`s pretty much a toss-up" - other than its insurance operations, and ahead of Berkshire Hathaway Energy. "The family jewels," he called those four investments.

PROFIT RISES EVEN AS JOBS ARE LOST

Berkshire on Saturday also reported net income of $35.84 billion in the fourth quarter, and $42.52 billion for the year, both reflecting large gains from its stocks.

Operating income, which Buffett considers a more accurate measure of performance, fell 9% for the year to $21.92 billion.

The stock buybacks have continued in 2021, with Berkshire repurchasing more than $4 billion of its own stock. It ended 2020 with $138.3 billion of cash.

However, Buffett bemoaned fixed income as an investment, saying that "bonds are not the place to be these days." The income from a 10-year U.S. Treasury bond fell 94% from a 15.8% yield in September 1981 to 0.93% at the end of 2020. Benchmark Treasury yields have jumped since but are still low by historic measures.

Its workforce declined 8% from a year earlier to about 360,000 employees. Bigger drops were reported at BNSF, which shed 5,600 jobs, and See`s, where employment fell 16%.

The pandemic hit no Berkshire business harder than Precision Castparts Corp, which shed 13,473, or 40%, of its jobs.

Berkshire bought the aircraft and industrial parts maker in 2016 for $32.1 billion, Buffett`s largest acquisition, and took a $9.8 billion writedown as the pandemic decimated travel and punished Precision`s aerospace customers.

"I paid too much for the company," Buffett wrote. "I was simply too optimistic about PCC`s normalized profit potential.

Berkshire said some businesses are beginning to recover form the pandemic.

"Certainly 2021 is going to be a much stronger year, dependent upon the speed of vaccinations and the opening of the U.S. economy," said Jim Shanahan, an analyst at Edward Jones & Co with a "buy" rating on Berkshire.

Buffett also said Berkshire`s annual meeting will be held in Los Angeles rather than Omaha, allowing 97-year-old Vice Chairman Charlie Munger, a Californian, to rejoin him and answering about 3-1/2 hours of shareholder questions.

Vice Chairmen Greg Abel, 58, and Ajit Jain, 69, who are widely considered frontrunners to succeed Buffett as chief executive, will also be available to answer questions.

Buffett said he hopes Berkshire will in 2022 resume its annual shareholder weekend in Omaha, which normally draws around 40,000 people - an "honest-to-God annual meeting, Berkshire-style," he wrote.