Voluntary Retirement Scheme: Planning to retire early? Find out if you need to pay tax on compensation

When a person opts for VRS, they receive some compensation, incentives along with amount which is due by the company when they leave. 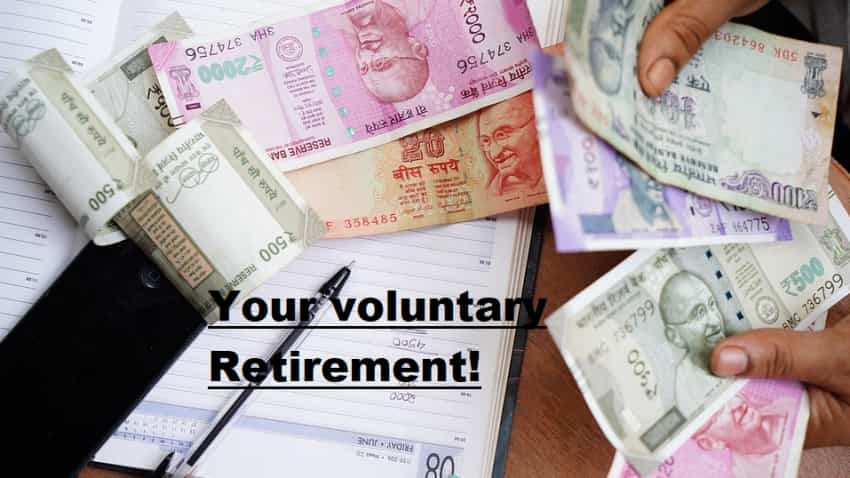 The compensation given to employees opting for VRS, shall be tax exempted under section 10(10C) of IT Act. Photo: Pixabay

There have been many occasions, where a company is forced to cut down its cost aka expenditure by reducing its employee strength. The idea is to boost its earnings, which depends on various factors. For example, revenue is good, but expenditure is higher, employee cost is rising, continues to drop or weak net profit added in financial book, cash resource is low, concessions like travel, medical are higher. While external impact cannot be changed, internally a company can take measures to reduce possible costs in their hand. This also includes Voluntary Retirement Scheme (VRS).

It is a practice where the company asks employees with 20 years or more service time to retire early. It asks the employee to voluntarily to end their working career with their organisation.

When a person opts for VRS, they receive some compensation, incentives along with amount which is due by the company when they leave.

Generally, VRS does not take place by one or two, but a collective group selected by the company who are offered to opt for this scheme.

A maximum compensation of Rs 5 lakh is given to employees selecting VRS on leaving.

Employees that are eligible for this compensation are from:

The compensation given to employees opting for VRS, shall be tax exempted under section 10(10C) of IT Act, only after a few categories that are followed.

Scheme of VRS has been drawn to result in overall reduction in the existing strength of the employees.

Vacancy caused by the voluntary retirement [or voluntary separation] is not to be filled up.

Retiring employee of a company shall not be employed in another company or concern belonging to the same management.

Amount receivable on account of VRS, the employee does not exceed the amount equivalent to three months salary for each completed year of service or salary at the time of retirement multiplied by the balance months of service left before the date of his retirement on superannuation.

Hence, if you are asked by your employer to opt for VRS, then make sure you fall under above mentioned categories to avail exemption limit on your compensation. It needs to be noted that, the above requirement is no applicable for public sector employees.

Recently, a DNA Money report stated that, state-run telecom BSNL has frozen employee benefits and has undertaken measures to cut down expenditure drastically in a bid to sustain itself in the current market scenario.

It was explained that, BSNL has decided to suggest voluntary retirement scheme to about 35,000 employees at the cost of Rs 13,000 crore.