Customers had to face considerable inconvenience as State Bank of India (SBI) operations were hit for over an hour on Monday. SBI confirmed that the issue was due to a glitch in its core banking system upgrade. 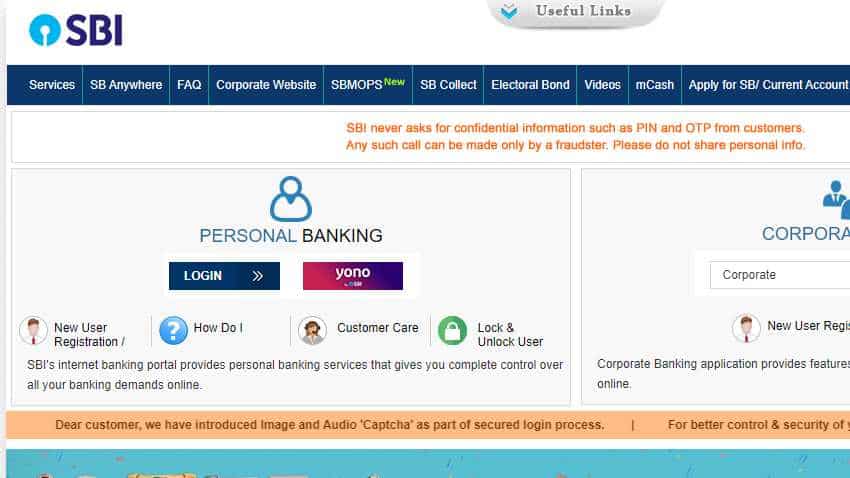 Customers had to face considerable inconvenience as State Bank of India operations including SBI online services were hit for over an hour on Monday. SBI confirmed that the issue was due to a glitch in its core banking system upgrade. Even SBI ATM operations were affected because of this. However, the bank said that the issue has been resolved and things are back to normal. In a statement released on Monday evening, the bank also expressed regret over the inconvenience caused to customers.

"The bank upgraded its Core Banking Solution (CBS) over the weekend, during which a minor technical glitch occurred, which has since been resolved. Banking operations at branches are back to normal. We regret the inconvenience caused to customers," said an SBI spokesperson.

Last week, HDFC Bank`s net banking and mobile app was down for two days due to a glitch. Several users had then taken to social media platforms to complaint about the same. HDFC Bank posted a statement on Twitter: "Due to a technical glitch, some of our customers have been having trouble logging into our net banking and mobile banking app. Our experts are working on it and we`re confident to restore services shortly."

In a separate development, SBI has reduced its one-year MCLR (Marginal Cost of Funds based Lending Rate) by 10 bps. The one year SBI MCLR comes down to 7.90 per cent per annum from 8.0 per cent per annum with effect from 10th December 2019. This is the eighth consecutive cut in MCLR in FY 2019-20.

Marginal Cost of Funds based Lending Rate is a methodology by the Reserve Bank of India (RBI) for setting lending rate on loans by commercial banks. MCLR is built on four components—the marginal cost of funds, tenor premium, operating expenses and Cash Reserve Ratio (CRR).