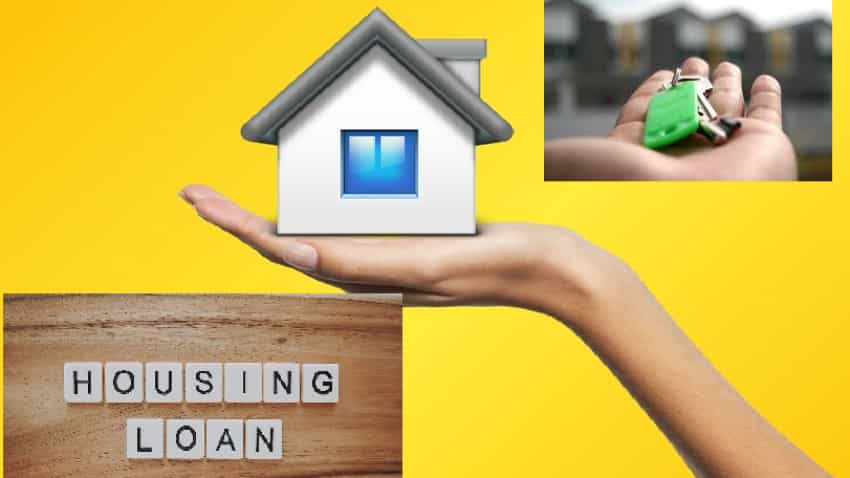 One would agree that the year 2019 has resulted in massive monetary policy transition with many central banks opting for rate cuts. Photo: Pixabay

Who would have thought that home loans would be available at 8.50%! However, much to the joy of home loan borrowers, that is exactly the case currently! Surprisingly, the situation is set to become even more beneficial for homebuyers! Yes, you can even expect home loan interest rate at well under 8.50% also! For this, the Reserve Bank of India (RBI) can be thanked, as on Wednesday, it boldly announced another repo rate cut, but this time by a whopping 35 basis points. Now RBI’s policy repo rate is at an all-time low of 5.40%. Earlier, this monetary rate was set at 5.75%. One would agree that the year 2019 has resulted in massive monetary policy transition with many central banks opting for rate cuts.

At the moment, in banking sector, we are in a home loan rate war with many banks trimming their interest rates and hence making EMIs more cheaper. Every time RBI decides to cut rates, immediately eyes are raised towards banks as to which one will offer the cheapest home loans. Today, after RBI announced repo rate cut, the largest lender, State Bank of India (SBI), stirred up the competition further. Just a couple of minutes after RBI governor Shaktikanta Das along with MPC members cut repo rate on Wednesday, in a major good news, SBI too reduced its MCLR with effect from August 10, 2019.

On Wednesday, SBI announced the reduction in its MCLR by 15 basis points across tenors. The 1-year MCLR from August 10, 2019, would come down to 8.25% from previous 8.40% per annum. Such would be a fourth consecutive cut in MCLR in fiscal FY20.

While SBI’s new MCLR rate will come into effect from this weekend, however, it is always advisable to compare home loan interest rates with other lenders as well in order to avail best benefits.

Here’s what top 3 banks in India, offer on their home loan products (this is rate applicable today, not the new rate announced by SBI).

If the loan amount is above Rs 75 lakhs, then the interest rate varies from lowest 8.85% to maximum 9.50% on women, whereas for others category it is between 8.90% to 9.55%. These interest rates include both salaried and non-salaried individuals.

Unlike SBI and HDFC Bank, ICICI Bank’s home loan products are segregated between salaried and self-employed individuals irrespective of men and women. A salaried borrower who is opting for home loan upto Rs 35 lakh, will have to pay 9.05% interest rate, while for loan between Rs 35 lakh to Rs 75 lakh the rate is set at 9.15%. For above Rs 75 lakh home loan, the salaried borrower will have to pay 9.20% rate.

In the next coming days, it would be interesting to watch how lenders are trimming down their home loan interest rates because RBI’s rate cut calls for it.

When a borrower opts for loan through banks, lenders provide the amount after charging a certain amount of interest. That is principal amount plus interest rates. This rate at which a borrower takes a loan and has to pay in monthly installments till maturity period is called as Cost of Credit.

Similarly, banks and other financial institutions also borrow money or funds from RBI by selling their treasury or government securities. The rate at which RBI buys securities from banks would be called as policy repo rate.

A lower repo rate would mean lower cost of credit for RBI and banks. Hence, it allows lenders across India, to charge lower interest rates on their retail loans like home loan, auto loan and personal loans.

Generally, a home loan products should have a direct impact on every movement in policy repo rate, because of its nature of interest rates which is floating. The impact should be on both existing and future home loan borrowers. However, it would not be a possibility to see the exact amount of impact on home loans. For instance, if RBI cuts rate by 35 basis points like today, it does not mean banks will also bring down their home loan interest rates by the same rate. Possibilities are home loan rate cut can be higher or lower than the change in policy repo rate. To be honest, it will be lower than the repo rate.

What is most important is that It generally takes quite a while for banks to follow this trend and announce interest rate cuts on home loans or other loans.

When RBI cuts rate, making it cheaper for banks to borrow with them. The banks are then motivated to reduce their MCLR which is a benchmark for lending products. Decrease in MCLR would mean every loan product will see similar change. Hence, when SBI cuts MCLR one can expect their home loan interest rates to come down even below 8.50%. But will other banks follow suit? That is a question which will get answered in a few days for sure. However, experts are hoping for home loan rate cut from lenders ahead.

Surendra Hiranandani, Chairman and Managing Director, House of Hiranandani said, "We definitely welcome this move which will lift industry sentiments. The real estate sector has been looking forward to such initiatives to boost sales. It will support growth and ease the liquidity crunch in the economy. We hope that the current rate cut would translate into lower EMIs and help soften home loan rates and also boost sales. It will help to ease the pressure off the market by attracting buyers to invest in the real estate sector. Real estate sector is one of the few sectors which have the potential to kick start a sluggish economy. The forthcoming festive season will further boost real estate sector."

Going forward, Hirandani added, "it is imperative for banks to reduce the lending rates and ensure that the home loan borrowers reap the benefits of this move. Real estate being a highly cost sensitive sector, demand will only pick up if the cut is substantial to result in significant cost savings. The rate reduction will also provide the much-needed stimulus to build upon the various initiatives announced by the Government recently about reviving the demand in the realty sector.

Amazing, but buying your dream house has become even more possible now!