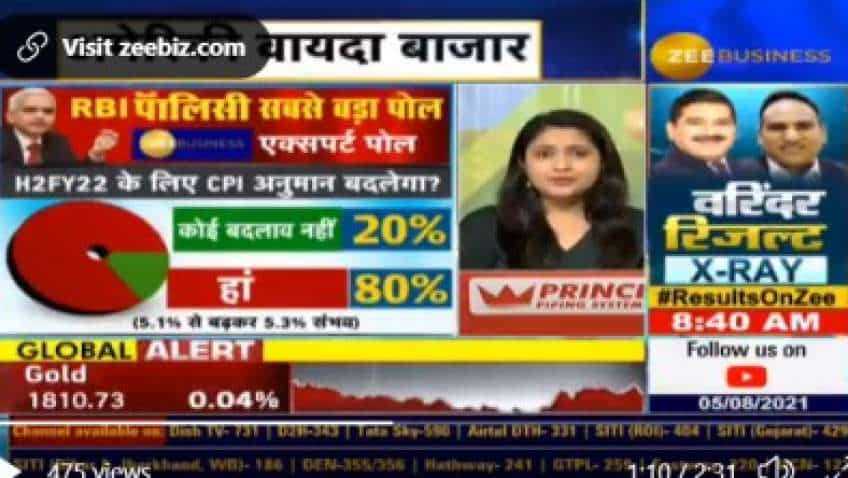 The majority of the analysts believe that the MPC would remain ‘status quo’: Zee Business

The central bank’s monetary policy committee (MPC) is scheduled to come out with its decision on August 6, 2021, that has been under discussion since August 4, 2021.

Ashar says, the RBI MPC policy would be mostly a non-event, however, experts are keen on what would be the inflation rates and what changes could be seen with respect to rates and governor’s commentary post announcing the MPC decision.

Experts are also keenly watching that will there be a step to reduce the excess liquidity which is seen in the market and how would bond yields be managed by the central bank eventually.

The majority of the analysts believe that the MPC would remain ‘status quo’ with respect to rates and would continue to maintain an accommodative stance. Similarly, they believe the stance would be the same for the next coming policies.

The analysts are also keen to see, will there be a change or revision in FY22 CPI (Consumer Price Inflation) numbers, and the majority of them mentions that the inflation rates would be key to watch during this policy.

It is expected that the current inflation rates of 5.1 per cent may be revised to 5-5.2 per cent for FY22 and would marginally rise in the second half of FY22.

Also, one-third of total analysts are of opinion that there won’t be a revision in GDP (Gross Domestic Product), while 25 per cent of them believe FY22 GDP likely to be revised.

There won’t be liquidity indication during this policy as there is still a lot of uncertainty in the market, estimates analysts, and believe liquidity will be pulled out from the market after December.