RBI Monetary Policy Committee Meeting February 2019: After big ticket income tax rebates announced by Finance Minister Piyush Goyal in Budget 2019 speech, it has been speculated in some quarters that the RBI may also announce Repo rate 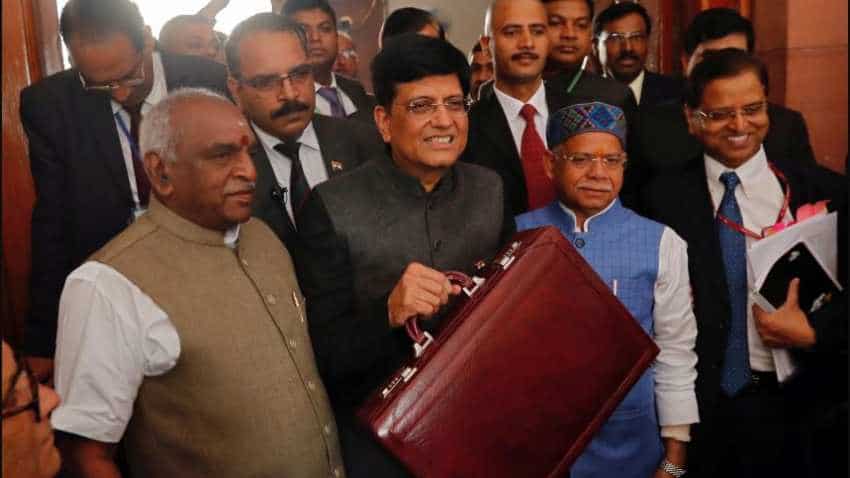 Interim Finance Minister Piyush Goyal holds his briefcase as he arrives at the parliament to present 2019-20 budget in New Delhi on February 1, 2019. Image: Reuters
Written By: ZeeBiz WebTeam
RELATED NEWS

RBI Monetary Policy Committee Meeting February 2019: After big ticket income tax rebates announced by Finance Minister Piyush Goyal in Budget 2019 speech, it has been speculated in some quarters that the Reserve Bank of India may also announce Repo rate cut in the upcoming bi-monthly Monetary Policy Committee (MPC) meet. The speculations because of the fact that the central bank has maintained status quo on the key lending rates in the last two MPC meets.  Hence, there is a good chance of a rate cut now.  In the December meeting, the central bank had retained 'calibrated tightening' policy stance but hinted a rate cut if the upside risks to the inflation do not materialise.

However, a repo rate cut seems unlikely in the upcoming meet, if experts are to be believed. Several experts were quoted as saying this by news agency PTI. Here's what some of them said:

Sameer Narang Chief Economist, Bank of Baroda: He said that the RBI may change its monetary stance to neutral on February 7.

"Given the significant undershoot and now the narrative of a global slowdown, CPI inflation is expected to remain below the RBI's target of 4 per cent in 2018-19. This gives RBI a room to change its monetary policy stance. However, the elevated level of core components such as health, education, household and personal goods suggests that room to cut rates is limited for now."

DBS Economics: It said that a "tricky monetary policy path for RBI" as the Union government has projected fiscal slippage in the Budget.

"The combination of fiscal challenges and rising oil prices makes the RBI's policy path a tricky one this year. Growth has largely bottomed out, but India has yet to benefit from the synchronised pick-up in global demand. In this light, we expect the monetary policy committee to turn hawkish, but not enough for the balance to tip towards a rate hike this week," it said.

Sanjay Chamria, the Vice Chairman and Managing Director of Magma Fincorp: He believes that Budget 2019 speech by Piyush Goyal has "set the stage for rate cut by RBI."

RBI policy will likely be the key driver for the markets in the week ahead.