Pocket Insurance: This scheme can help cover your family during monsoon season

Pocket Insurance available in the market covers all your medical expenses for monsoon-related diseases and for them, the premium is quite low. 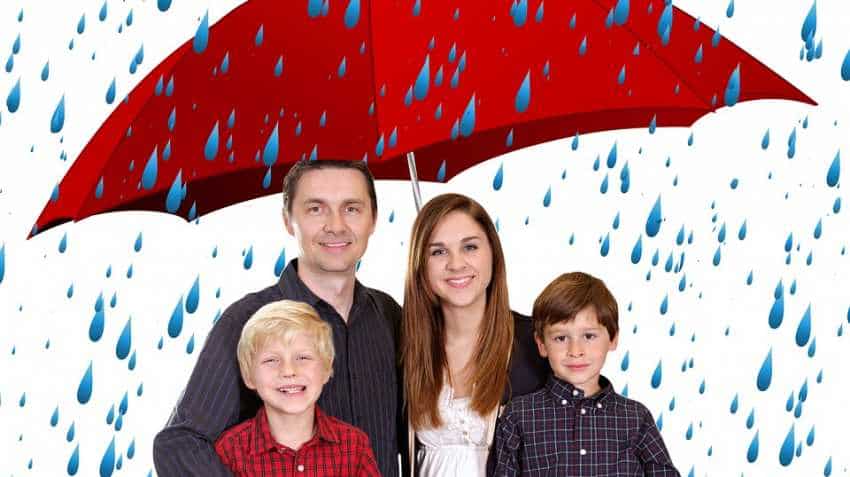 Monsoon cover under Pocket Insurance is ideal to protect oneself against unforeseen events like falling sick or an accident during monsoon. Photo: Pixabay

Monsoon is fast approaching and, if you heave a sigh of relief at the prospect of relief from high temperature, you must also be getting concerned about monsoon diseases like Dengue, Cholera, Diarrhoea, Typhoid and Viral Hepatitis. Elders may handle these water-borne diseases but what about the kids, who don't know how to protect themselves from these dangerous diseases? When such cases occur in any family, whether its earning member or non-earning member, it affects the whole family from both the mental and financial perspective. In the case of hospitalization, the agony further grows. But, very few people know that there are Pocket Insurances available in the market that covers all your medical expenses for such monsoon-related diseases and for this cover premium is quite low.

Speaking on the matter a top official of the Bajaj Finserv — a company that deals in Pocket Insurance told Zee Business Online, "Thousands of cases of water-borne diseases are reported in the country during monsoon. Around 5.8 million Indians are diagnosed with dengue every year and the numbers soar up during monsoons. Not only this, monsoon season contributes a major share to road mishaps leading to personal accidents. These scenarios call for protection; hence customized insurance covers come to rescue. With various financial services firms coining the affordable Pocket Insurance products, one can keep his/her health rain-proof."

Here are some of the features of these insurance covers that offer big benefits at a minimal premium amount:

1] Monsoon Cover: Monsoon cover under Pocket Insurance is ideal to protect oneself against unforeseen events like falling sick or getting into an accident during monsoon. You can get a coverage of up to Rs 50,000 at a premium of just around Rs 650 per annum for hospitalization expenses for treatment of diseases such as dengue, malaria and injury due to an accident. Along with this, a person also gets coverage for diagnostic tests during or pre-hospitalization and for doctor’s fees during, or before and after hospitalization.  Cost of medicines and hospital room rents are also included in the cover. Hence, this proves to be a comprehensive cover for protection against the calamities during monsoons.

2] Water-borne disease cover: Latest government data shows that water-borne diseases like cholera, diarrhoea, typhoid and viral hepatitis caused 10,738 deaths over five years to 2017. As per reports, India loses 73 million working days due to water-borne diseases. Also alarmingly, expenses involving costs of medication, diagnostics, hospitalization and further treatment for waterborne diseases could amount to nearly 10 per cent of the monthly family household income for every infected person. One can protect themselves with this cover, wherein the person can get a coverage of Rs 50,000 at a premium of just around Rs 350 per annum for all medical expenses incurred for treating waterborne diseases such as diagnostic tests, hospitalization, medicines and doctor’s fee.

3] Dengue cover: Dengue is considered as the world’s fastest-growing mosquito-borne disease and it is prevalent across states in India. According to data, in 2017, there has been a 300 percent rise in the number of dengue cases in the country as compared to 2009. Dengue requires immediate diagnosis and appropriate medical treatment as delayed treatment could be dangerous and life-threatening. With Dengue cover by various financial services companies, a person can get coverage up to Rs 50,000 for just around Rs 300 per annum premium. Coverage includes expenses of pre-hospitalization, hospitalization, medication, doctor’s fee, treatment charges and hospital room rent.

So, a Pocket Insurance can be a good tool to cover you and your family from the diseases that Monsoon brings with it.