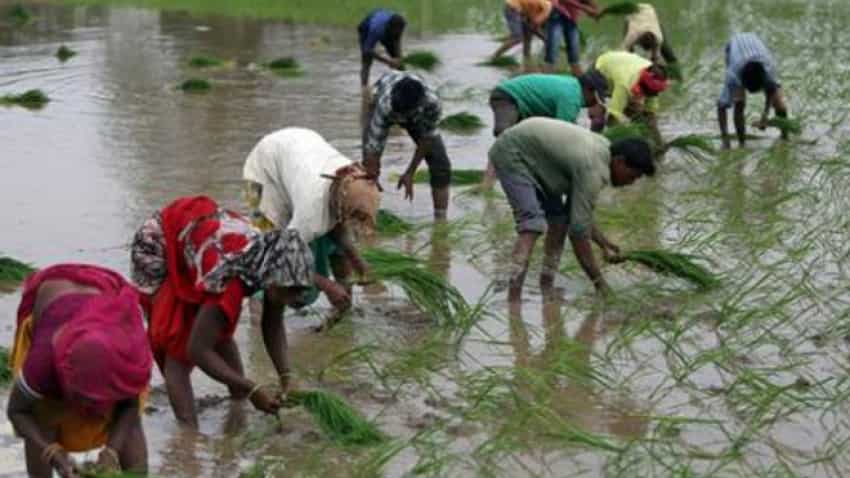 Prior to the launch of PM Kisan Samman Nidhi Yojna official website pmkisan.gov.in, farmers had to check the status of their subsidy at the district agriculture department. Photo: Reuters
Written By: Asit Manohar
Edited By: Manas Tiwari
RELATED NEWS

PM Kisan Samman Nidhi Yojna traveled some extra mile when the central government led by Narendra Modi launched its official website pmkisan.gov.in. The website enables farmers to enroll themselves directly into the central government's ambitious farmer welfare program in which it gives Rs 6,000 per annum in three equal installments of Rs 2,000 through direct subsidy transfer in the bank account. As per the government data, the total number of beneficiary farmers under the PM Kisan Samman Nidhi Yojna for the third installment of the subsidy is 50,000 but the benefit has reached to 20,000 farmers only.

Ministry of Agriculture officials at the time of launch of PM Kisan Samman Nidhi Yojna's official website had said that earlier, farmers had to check the status of their subsidy at the district agriculture department. However, after the launch of pmkisan.gov.in, beneficiary farmers of the PM Kisan Samman Nidhi Yojna need not roam from pillar to post in the district agriculture department. Now, they can check their subsidy status online after logging in at the pmkisan.gov.in. If a beneficiary farmers haven't got his or her third installment of subsidy, he or she can check online the reason for subsidy not reaching to its bank account.

Those farmers who haven't got the third installment of their PM Kisan Samman Nidhi Yojna subsidy of Rs 2,000, they need to immediately log in at pmkisan.gov.in and find the status of their subsidy. If it is under process, then it will be made available to the farmer. If there is some problem in subsidy transfer, it will also get mentioned there. What farmers need is to submit the required document that will solve the hurdle. There can be some registration problems for those farmers who got enrolled in between the second and third installments of the subsidy disbursal period.