PF Withdrawal: Taken money out of Provident Fund Account? Do this to pare loss to your retirement fund

PF Withdrawal: One should avoid PF withdrawal as the money getting accumulated into the PF account is meant for the retirement funds. 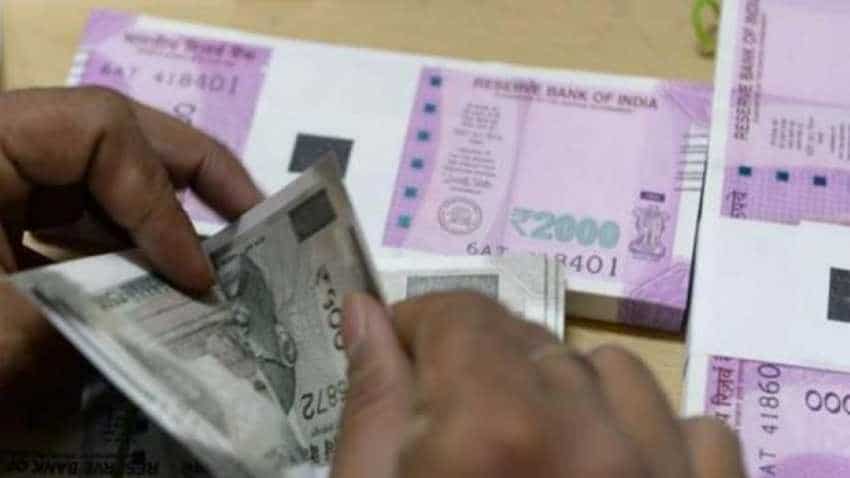 PF Withdrawal: PF withdrawal before retirement should be done in extreme cases when there is no other option is available. Photo: Reuters
Written By: Asit Manohar
Edited By: Harish Dugh
RELATED NEWS

PF Withdrawal: According to the EPFO (Employees Provident Fund Organisation's) norms, a salaried person has to get a mandatory PF or Provident Fund deduction of 12 per cent into PF Account. This PF deduction is mainly meant for retirement-oriented investment and through this PF contribution, EPFO norms aim to make a retirement corpus for a salaried person, which doesn't have that long-term disciplined investment habit. However, it has been found among the salaried individuals to fish out money from one's PF account as and when it is allowed. For example, one can do the PF withdrawal at the time of job switch without any income tax charges if the PF account is more than five years old. Similarly, one can withdraw up to 90 per cent of one's PF account for buying a house, plot or repaying the home loan. But, according to tax and investment experts, PF withdrawal before retirement should be done in extreme cases when there is no other option is available. And if someone has to withdraw from the PF account, there should be a plan to pare the losses in the PF account that has compromised retirement fund.

Speaking on PF withdrawal, Kartik Jhaveri, Director — Wealth Management at Transcend Consultants said, "One should avoid PF withdrawal under the given circumstances as the money getting accumulated into one's PF account as it is meant for one's retirement fund. However, if someone has to undergo PF withdrawal in extreme financial conditions, then he or she should immediately plan for the pare of the loss incurred to one's retirement fund. If the entire PF withdrawal is used then he or she can try opting voluntary retirement fund by contributing more than 12 per cent of the basic monthly salary as it would add more money to one's PF account with the same income tax benefit and returns." However, Jhaveri said that on VPF above 12 per cent of the basic salary, one won't get PF contribution benefit from one's recruiter. Jhaveri also added that if the whole PF withdrawal money is not used, one can put the rest of the PF withdrawal amount into either PPF (Public Provident Fund) or NPS (National Pension System) with 50:50 ratio in equity and debt NPS account.

Standing in sync with Kartik Jhaveri's view that one should not withdraw money from the provident fund, Manikaran Singhal, a SEBI registered tax and investment expert said, "By PF withdrawal, the salaried person is making one's retirement fund compromised. However, if he or she has to do PF withdrawal in extremely precarious financial conditions, then there should be an urgency to pare the loss incurred in one's PF account. For that, first and foremost is to asses after the PF withdrawal, how much return they want in their new investment that would pare their loss in a retirement fund? After that, they can choose the investment tool like equity mutual fund, debt fund, NPS or any other option."

Singhal said that by choosing 50:50 ratio in debt and equity in one's NPS account, one can expect to get around 10 per cent returns and there is no limit on one's investment in NPS but one can get income tax exemption up to Rs 50,000 investment in one year and one can avail this tax exemption even when one's Section 80C limit of Rs 1.5 lakh has reached.

However, in the case of required return on one's investment above 10 per cent, one has to go for the equity mutual funds and to get income tax benefit ELSS mutual funds can be a good option as it gives income tax exemption under Section 80C of the Income Tax Act 1961 and in the long-term, one can expect at least 12 per cent returns on one's money. In mutual funds, one can invest via Systematic Investment Plan (SIP) where one can invest in monthly mode if he or she doesn't have a lump sum amount to invest.

Fixed Deposit interest rates: SBI may have cut rates, but these NBFCs offer up to 9 pct return on your bank FDs