Domestic Oil Marketing Companies (OMCs) have released the prices of petrol and diesel for Tuesday, June 15. 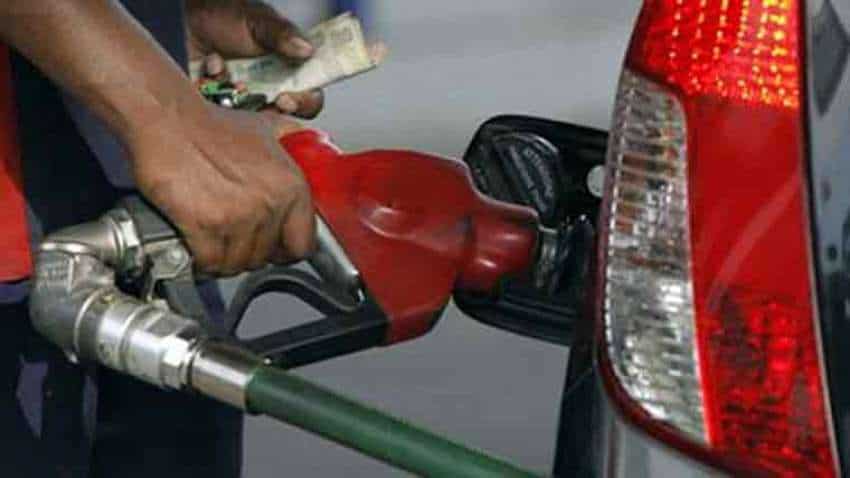 Domestic Oil Marketing Companies (OMCs) have released the prices of petrol and diesel for Tuesday, June 15. In some relief to the common man, the fuel prices were not revised on Tuesday. The rates were left unchanged after petrol prices were revised by 28 to 29 paise and diesel by 30 to 31 paise across the country on Monday. It is to be noted that OMCs revise petrol and diesel prices on daily basis and the new rates are released at 6 am daily. Petrol and diesel prices are revised daily based on the average price of benchmark fuel in the global market in the preceding 15-days and foreign exchange rates

As per Indian Oil Corporation Limited (IOCL) website, in the national capital, the prices of petrol and diesel were Rs 96.41 per litre and RS 87.28 per litre, same as June 14, respectively.

Since the prices were not increased on Tuesday, June 15, petrol and diesel were retailed at the same rate on Tuesday as that of Monday across all metro cities

Earlier, petrol was already retailed at over Rs 100 per litre mark in Rajasthan, Madhya Pradesh, Maharashtra, Andhra Pradesh, Telangana and Ladakh. Karnataka also joined the Rs 100-club, as far as petrol prices are concerned, with many places in the state including Bidar, Bellary, Koppal, Davanagere, Shimoga and Chakmangalur recording over Rs 100 per litre petrol.

Diesel price had on Saturday (June 13) also breached the Rs 100-per-litre mark in Rajasthan. Petrol price is costliest in Sri Ganganagar district of Rajasthan, where petrol is being sold at Rs 107.53 per litre, same as Monday.