Want free PAN Card in just 10 minutes? Here is how it's possible

PAN Card Link In Aadhaar: Income Tax Department has launched a new facility that allows Aadhaar Card holder to get instant PAN Card without any charges. 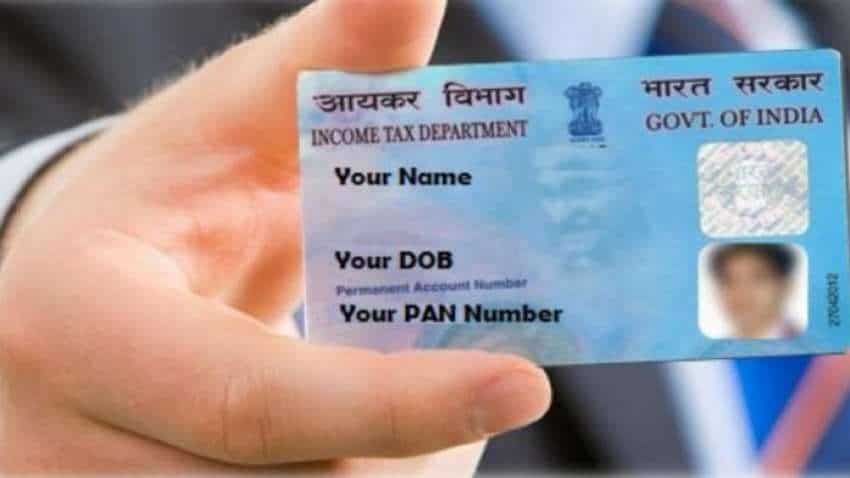 Last date for PAN-Aadhaar link extended! You can do this now; check step by step guide

Aadhaar PAN Link: Your card may become useless after 31st March; do this or face trouble

PAN Card Link In Aadhaar: Permanent Account Number (PAN) card is one of the mandatory documents required for one's KYC. However, there is a good number of people who don't have a PAN card though they have Aadhaar Card. For such Aadhaar card holders who don't have a PAN card need not to worry anymore. They can now get their PAN card online in just 10 minutes. The Income Tax Department has launched a new facility that allows an Aadhaar Card holder to get instant PAN Card online without paying any charges. The new facility launched by the Income Tax Department is in sync with the announcement made by the Finance Minister Nirmala Sitharaman in the Budget 2020 in which she made an announcement on the floor of the Parliament that the Modi Government will launch a new system under which PAN card shall be instantly allotted online on the basis of Aadhaar card authentication without any requirement for filling up of detailed application form.

According to the Income Tax Department's new facility, an Aadhaar Card holder need not to fill the detailed two page PAN Card application form. Now, they need to input their Aadhaar Card number in the instant PAN Card application form online. After submitting the Aadhaar Card number in an instant PAN card application, the Aadhaar Card holder will receive OTP on one's registered mobile number. They need to submit that OTP and their PAN Card in PDF format will get generated instantly after completion of their online KYC. Interestingly, they need not to pay any charges for their PAN Card. Those, who don't have the Aadhaar registered mobile number around, they can validate their Aadhar details via e-mail as well.

As per the Income Tax Department rules, it won't be any problem if the Aadhaar card holder uses the laminated printout of the PDF printout one will get after completion of the online KYC. However, if they want their PAN Card in printed form instead of the PDF form, they will have to pay Rs 50 for that. So, it's not mandatory to get the printed PAN Card now. One can use the PDF of one's PAN Card and the print out of it will also solve the purpose of having a PAN Card.

Here is the step by step guide on how to apply for the instant PAN Card:

2] Go to the 'Quick Links' on the left side and click at 'Instant PAN through Aadhaar';

6] An OTP will be sent on your Aadhaar-linked mobile number;

8] One can validate one's Aadhaar Card details through e-mail also;

9] After submission of the OTP, UIDAI (Unique Identification Authority of India) and the Income Tax Department will exchange your KYC data and your PAN card will be generated instantly.

This entire process won't take more than 10 minutes as everything will be done online at a very faster rate.

Last date for PAN-Aadhaar link extended! You can do this now; check step by step guide

Aadhaar PAN Link: Your card may become useless after 31st March; do this or face trouble