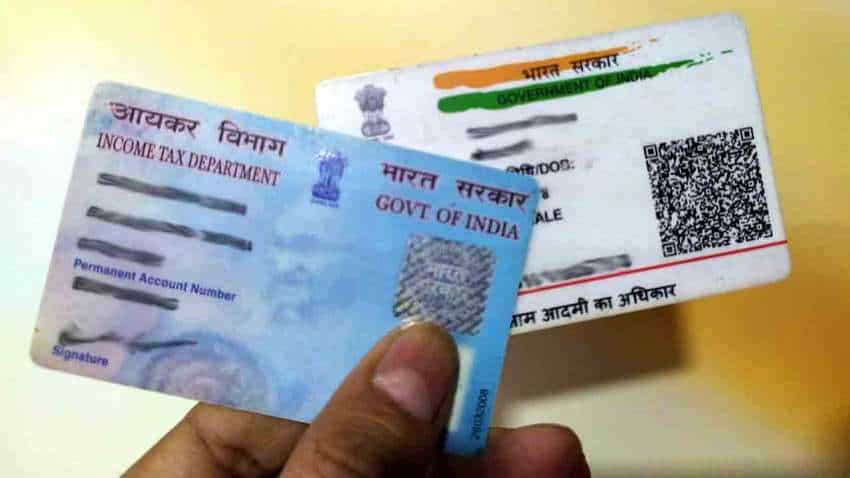 Lost your Aadhaar card? Here is how to retrieve it within minutes

How to update address on Aadhaar card online? It’s easy! This is all you need

Aadhaar card SMS services: Did you know UIDAI offers these benefits to customers?

PAN Aadhaar link status last date: People who have still not linked their Permanent Account Numbers (PAN) with their Aadhaar card numbers may land in a big problem. They may get hit on two counts - one is that their PAN card may be cancelled and the second is the penalty if the PAN holder uses the cancelled card. The person could be fined up to Rs 10000 for using a cancelled PAN card! That means PAN Adhaar link is a must and that too before the last date goes by.

The last date to link your PAN and Aadhaar numbers is 31 March 2020.  The Central Board of Direct Taxes (CBDT) has clearly said that it will not extend the date of PAN Adhaar linking, this time. The government has put a rider and a notification with regards to the rider has already been issued.

PAN Aadhaar link: Relaxation with the rider
If your PAN Aadhaar link is not done by 31 March, the card will be cancelled. To avail tax benefits while filing your income tax returns, PAN is a mandatory requirement. Just in case, if any taxpayer is unable to link Aadhaar with PAN, he should not be worried as he can do that even after 31 March on one condition.  The CBDT in its condition has said that till the time the PAN and Aadhaar are not linked, the PAN will remain suspended, It will again become operative once the linking process is complete.

PAN Aadhaar link: What will happen on using cancelled PAN
If PAN Adhaar link is not done and the PAN card is cancelled, it can still be made operative! Yes, even after the cancellation. But in between if anybody tries to use a cancelled PAN card then it will be considered as a violation of 272B of the Income Tax Act and you may be subjected to a Rs 10000 penalty.

CBDT recently made some changes in the Income tax Act 1962. The department has added a sub Section 114AAA in the Section 114AA. The new rules will apply on anybody who does not link his Pan and Aadhaar by 31 March. All those people who have been issued PAN cards from 1 July 2017 will have to link their PAN and Aadhaar.

Lost your Aadhaar card? Here is how to retrieve it within minutes

How to update address on Aadhaar card online? It’s easy! This is all you need

Aadhaar card SMS services: Did you know UIDAI offers these benefits to customers?