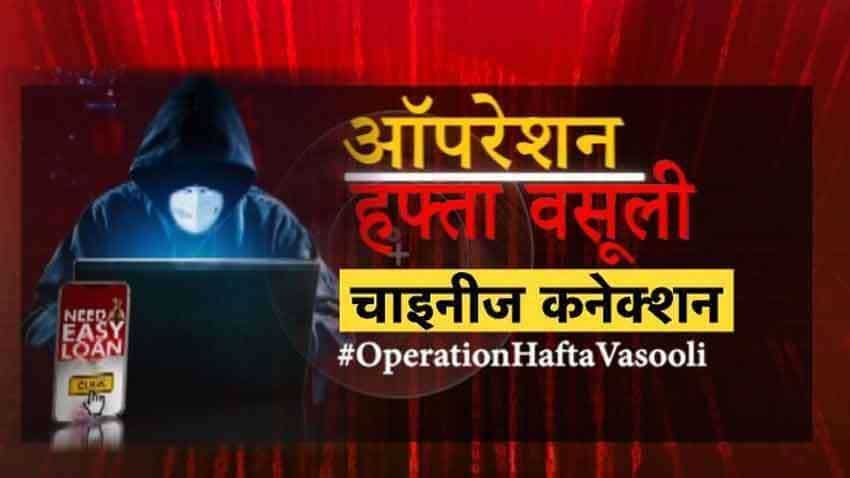 The MP has also asked if these apps follow standards and laws of the country? If not, what step was the government taking against such apps? Source: Zee Business
Reported By: ZeeBiz WebTeam
Written By: ZeeBiz WebTeam
Edited By: Harish Dugh
RELATED NEWS

Zee Business initiative against Chinese loan apps has now reached the Parliament. Citing Zee Business initiative #OperationHaftaVasooli, a BJP MP has raised the matter in the Parliament and sought government's clarification in this regard. The MP has also asked if these apps follow standards and laws of the country? If not, what step was the government taking against such apps?

Replying to the question posed by the BJP MP, IT state minister Sanjay Dhotre informed the House that between December 2020 and January 2022, Google has removed at least 100 such money lending apps from the play store after finding them flouting rules and norms as per set standards of the law.

The Ministry of Electronics and Information Technology (MeitY) has received many complaints from the public regarding online instant loan apps, following which the government sought advice from Google, RBI and other parties concerned, the Parliament was informed.

"The complaints primarily were related to higher interest rates, theft and storage of personal date and its misuse, fraud and illegal practices and interest recovery through different means. Some cases have been also taken to courts," he said, adding that   after enforcement agencies found them illegally operating and not following the set standards, Google had already removed 100 such apps.

In a written reply, Dhotre told the House that Google had already removed some apps after they were founding flouting norms. The minister said that the Reserve Bank of India had also issued a press release in December 2020 stating that legitimate public lending activities can be undertaken by banks, NBFCs registered with the RBI and other entities who are regulated by the state governments under appropriate statutory provisions such as the money lending Acts.

He said the public was cautioned not to fall prey to such unscrupulous activities and were requested to verify the antecedents of a company offering loans online or through mobile apps. On a separate question on governing social media, Dhotre said social media platforms are intermediaries under the Information Technology (IT) Act, 2000.

"The Ministry of Electronics and Information Technology (MeitY) had proposed to amend the IT (Intermediaries Guidelines) Rules, 2011, notified under Section 79 of the IT Act, 2000.
He said the proposed amendments to the said Rules were published on MeitY website on December 24, 2018 inviting public comments.

He said that a meeting was held with legal experts and the privacy advocates on December 29, 2018, to convey the perspectives of proposed amendments. Based on these discussions, along with comments received through public consultation, the Rules are being finalised, he said.