NPS Account: The pension fund regulator in India (PFRDA) has recommended the  Central Government to double the income tax exemption limit under Section 80 CCD (1B) of the Income Tax Act 1961. 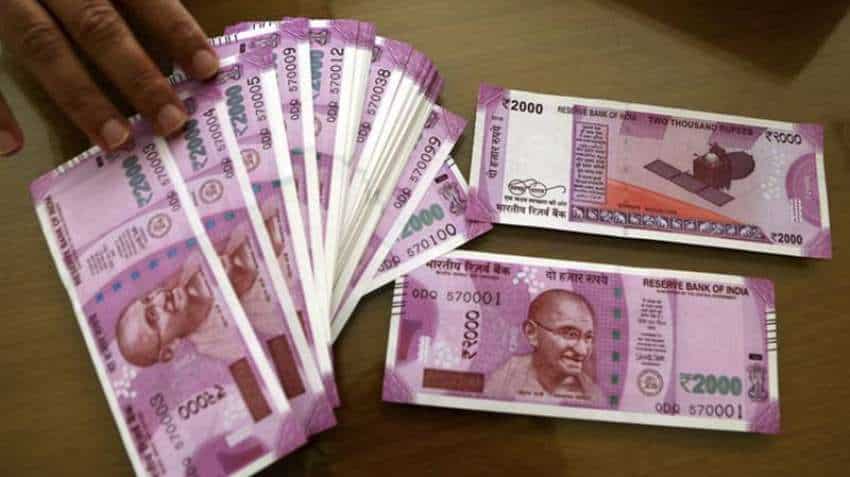 An NPS account holder can claim up to Rs 50,000 income tax benefit in a financial year on one's investment in the NPS account Tier-I NPS account under Section 80 CCD (1B). Photo: Reuters
Written By: Asit Manohar
Edited By: Harish Dugh
RELATED NEWS

NPS Account: The pension fund regulator in India (PFRDA) has recommended that the Central government double the income tax exemption limit under Section 80 CCD (1B) of the Income Tax Act 1961 from existing Rs 50,000 to Rs 1,00,000 for NPS (National Pension Scheme) account holders. Tax and investment experts are of the opinion that the Modi Government may accept the PFRDA proposal and Finance Minister Nirmala Sitharaman may announce the rise in income tax benefit limit in Union Budget 2020. The reason for being so hopeful is the Modi Government move to increase the income tax exemption limit in NPS from 60 per cent maturity from the previous 40 per cent. They are of the opinion that the Modi Government is making all possible measures to make NPS a more attractive retirement-oriented investment option among the earning individuals.

Speaking on the income tax benefits and various ways that can help an income taxpayer to maximise one's benefits, Manikaran Singhal, a SEBI registered tax and investment expert listed out the following top 5 ways below:

3] Section 80C allows up to Rs 1.5 lakh income tax exemption in a financial year. If an income tax payer includes Section 80CCD (1B), this annual limit can be raised up to Rs 2 lakh.

4] In case of a government employees(except Armed Forces) who joined services after 1st January 2004 and voluntary in case of those working in private sector, an additional deduction of up to 10 per cent of salary (basic + DA) irrespective of any limit qualifies for income tax deduction under Section 80 CCD(2). This is an additional benefit to save income taxes over and above the limit of Rs 2 lakh as mentioned earlier.

5] In the case of a government employee, he or she can enjoy a higher income tax deduction of 14 per cent of employer's contribution. So, if you haven't opened your NPS account, you should open it on an urgent basis. NPS account can be opened online as well.