National Pension Scheme subscriber? Know what will change after Budget 2019, how you will benefit

Not only non-salaried employees have received good news but also a list of five reliefs were announced by the government for overall subscribers of NPS in December 2018 month, right from tax exemption to contribution. There are four new reforms which are expected to come into effect from April 2019. 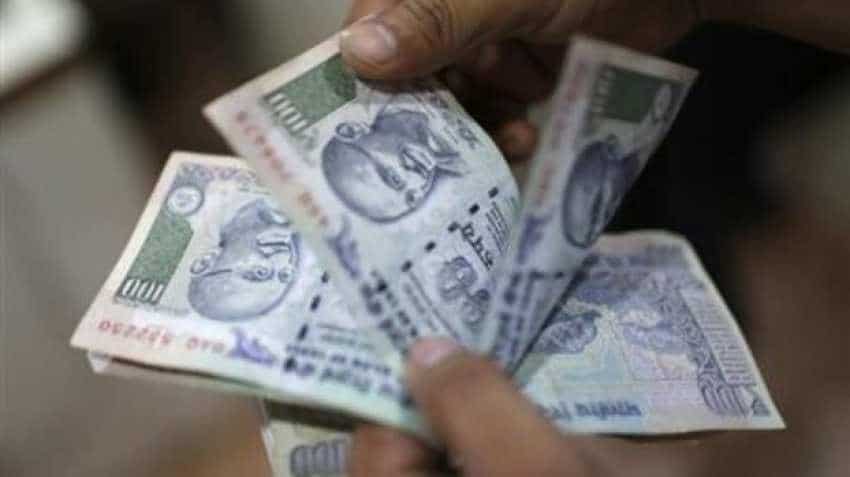 Earlier this benefit was not applicable for non-salaried employees. Guess what! This will come in effect from April 2019. Reuters

Union Budget 2019 is just around the corner and many investors eyeing various reforms that may be announced by Finance Minister Arun Jaitley on February 01, 2019. But, do you know that an early budget gift has already been given to employees by Prime Minister Narendra Modi-led government under the National Pension Scheme. There are a host of reforms which have been announced since Union Budget 2018 till date and these are going to come into effect from April 01, 2019.

So if you are an NPS subscriber, then this is what you should know:

In his budget 2018 speech, Jaitley gave good news to NPS subscribers by announcing that 40% tax exemption of total amount payable to a pension holder will be given on closure of his/her account or opting out. This has brought non-salaried individuals' tax benefit at par with the salaried ones.According to section 10 clause (12A), an employee contributing to NPS will be allowed a tax exemption of 40% on the payable amount when they decide to close their account or opt out. The meaning of opting out is that you no longer want to be part of something.

Earlier this benefit was not applicable for non-salaried employees. Guess what! This will come in effect from April 2019.

Not only non-salaried employees have received good news but also a list of five reliefs were announced by the government for overall subscribers of NPS in December 2018 month, right from tax exemption to contribution. There are four new reforms which are expected to come into effect from April 2019.

1. Government contribution: One of the major good news is that the government’s contribution to NPS will increase from 10% to 14% on an employees basic salary. However, the employees will continue to contribute 10% to their basic salary in NPS.

Further, if an employee does not decide to commute any portion of the accumulated fund in NPS at the time of retirement and transfers 100% to annuity scheme, then their pension would be more than 50% of his last drawn pay.

3. Investment rule - An NPS subscriber can now have diversified gains as they will be able to soon invest in either fixed income instruments or equities.

4. New Tax benefit - Cabinet has approved tax incentives under 80C of the Income Tax Act for employees' contribution to the extent of 10%.

The above mentioned four developments were reported by PTI last month and it is being reported that the government will soon make an official announcement. Thereby, one can expect a few details in these new measures in NPS during Budget 2019.

Going ahead, another good news has knocked the doors of NPS subscribers already. Later on December 11 last year, the Finance Ministry announced, "Tax exemption limit for lump sum withdrawal on exit has been enhanced to 60%. With this, the entire withdrawal will now be exempt from income tax. (At present, 40% of the total accumulated corpus utilized for the purchase of annuity is already tax exempted. Out of 60% of the accumulated corpus withdrawn by the NPS subscriber at the time of retirement, 40% is tax exempt and balance 20% is taxable.)"

Explaining the new tax exemption rule on withdrawal, Archit Gupta, Founder & CEO ClearTax said, "this is certainly a positive move". However, effectively only 20% has been moved from taxable to non-taxable. Earlier, the required mix was 40% compulsory annuity, 40% tax-free withdrawal, 20% could be annuitized or withdrawn after paying tax as per slabs. Now 40% compulsory annuity, 60% can be withdrawn tax-free.However, in both the cases, now and before, Gupta explained that the annuity received on a monthly basis will be fully taxable as per income tax slabs applicable.

Gupta said, "This is a welcome move and in line with our expectations of government making NPS attractive for taxpayers as a means to save for retirement goals.

However, this must also be extended to private sector employees and the self-employed.

We are awaiting formal notification detailing changes in the income tax act, to fully understand implications."

NPS is a government tool of investment which is best for low-class families as it requires very little investment every month from the citizens, but ensures massive returns at the time of retirement.