LTCG shock: Time to switch from ELSS to Ulips? 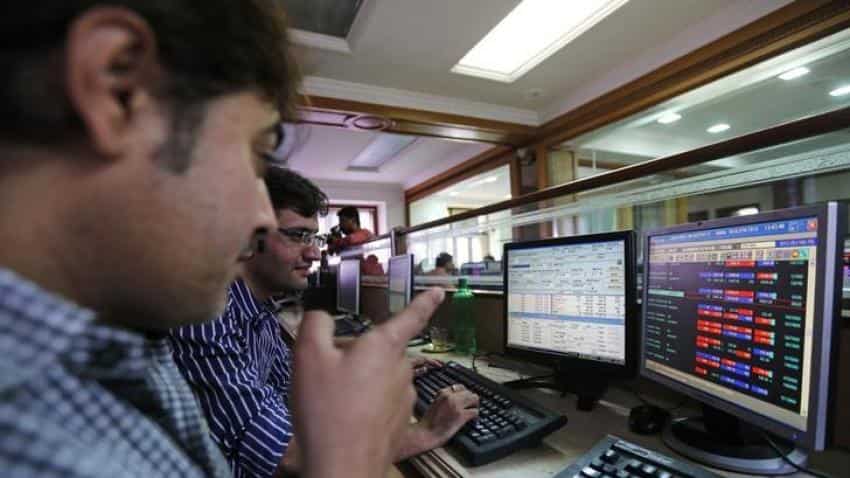 Though history is no guarantee of future, some weight to past performance should be given. Image source: Reuters
Written By: ZeeBiz WebTeam
RELATED NEWS

Indian rupee and stocks weakened on Tuesday, while bonds rose in line with global markets after U.S. markets suffered their biggest loss in over 6 years with investors also wary ahead of the outcome of the monetary policy review on Wednesday.

Asian shares and U.S. stock futures sank, after Wall Street suffered its biggest decline since 2011 on Monday as investors` faith in factors underpinning a bull run in markets began to crumble.
India's benchmark 10-year bond yield was down 5 basis points at 7.55 percent at 0340 GMT, while the partially convertible rupee was at 64.39 per dollar versus its previous close of 64.07.

The Union Budget has proposed 10% tax without indexation on the long-term capital gain (LTCG) above Rs 1 lakh on equity investments including those of mutual funds (MF) investing in stocks. Besides, there is a tax on distributed income by equity-oriented MF at the rate of 10%. Clearly, the post-tax return from equity MFs will be hit if the proposals go through. For the common man and woman, investing in tax-saving equity mutual funds, better known as Equity Linked Savings Scheme (ELSS), was a great avenue because there were tax exemptions right from investment, to accumulation and to maturity/withdrawal stage. With the tax axe now falling on ELSS, there is the talk of investors shifting focus on Unit Linked Insurance Plans (Ulips) because the latter still enjoys all the tax exemptions. DNA Money spoke to top personal finance experts to find out if switching to ULIPs makes sense.

Under the investments that are eligible for 80C deductions, Ulips (a combination of insurance and investment) by not facing any tax (unlike ELSS) could appear relatively attractive from a medium to long-term investment perspective. Note, taxation of insurance products is governed by section 10 (10d), where income is tax-free in the hand of the investor at the time of withdrawal.

"With the introduction of LTCG tax on equities, Ulips have certainly become more tax-efficient. However, I would still recommend direct plans of ELSS funds as they outscore Ulips in terms of liquidity, investment cost and transparency. Ulips have a lock-in period of five years whereas the three years lock-in period of ELSS is the lowest among all Section 80C items," Manish Kothari, director, MF, Paisabazaar.com said.

The expense ratio of direct plans of ELSS is significantly lower than Ulips, which can affect the overall returns over the long-term. The expense ratio is simply the product cost borne by the investor. Kothari, who previously worked at IIFL, Citibank, ASK Wealth and StanChart, feels ELSS is also more transparent when it comes to accessing information related to investment style, portfolio composition, past performances.

Suresh Sadagopan, founder, Ladder7 Financial Advisories, says Ulips certainly have a tax advantage now. Also, there are Ulips who may cost lower compared to regular funds. "But they may not have any such advantage compared to direct plans of MF, which we suggest. Also, in Ulips, in case of underperformance of funds, one can switch only between the funds in the Ulip," points out Sadagopan.

For instance, if a large-cap fund underperforms, one can switch to a midcap or multi-cap fund if they are doing fine. "But if the objective is to be in large-cap, one may have to accept lower performance or exit entirely from the Ulip. Huge premiums go into Ulips overtime resulting in a concentration of funds in a couple of funds of the Ulips, without recourse to diversify (unlike in an MF), he added.

Also, evidence suggests on the whole MFs have been able to perform better than Ulips in the past, which needs to be considered as well. Though history is no guarantee of future, some weight to past performance should be given.

Whether you choose a Ulip or ELSS, what is important at this point is that, as an investor, do not take any knee-jerk reactions. For one, LTCG is not a retrospective tax. You are paying zero LTCG before. It is only the gains above Rs 1 lakh from your future investments that would be taxable, says Adhil Shetty, CEO & co-founder, Bankbazaar.com.

Ulips may be more tax efficient today, but there is no guarantee for future. "The amount you receive on maturity is exempt from tax only if the premium you paid on the policy during the term of the policy is less than 10% of the sum assured. If the premium amounts are over this percentage, the entire money received at maturity is added under income from other sources in the income tax return and taxed at the slab rate applicable to you," points out Shetty.

It is essential that investors consider both the cost and the returns. Basing investment decisions purely on tax advantage or disadvantage is a short-sighted strategy. Also, insurance agents and financial advisors may have high monetary incentives to convince you about Ulips.