LTCG explained: Take a look at all scenarios churning in your head 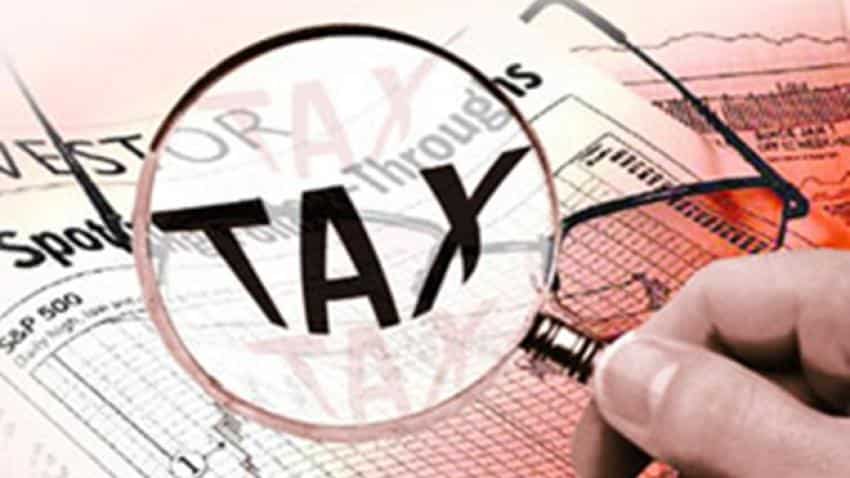 LTCG is the profit that you incur on your investment held for over a year qualify as your long-term capital gains. Image source: Reuters
Written By: Aprajita Sharma
RELATED NEWS

Long-term capital gains (LTCG) tax is perhaps the most discussed and despised measure taken in Budget 2018. If you're confused what it is all about and how it will impact your stock investment, read on!

What is LTCG tax?

The profit that you incur on your investment held for over a year qualify as your long-term capital gains. The rate at which these gains are taxed is the LTCG tax and the matter has become talk of the town post Budget 2018. LTCG used to be tax free until Finance Minister Arun Jaitley announced on Budget day that gains over Rs 1 lakh will be taxed at 10 per cent, that too without the benefit of indexation i.e. your long-term gains wouldn't factor in the inflation.

To be sure, LTCG has not been free forever. It is just in Budget 2005 that then finance minister P Chidambaram abolished this tax and instead brought Security Transaction Tax (STT) to make up for the loss in revenues. Before 2005, LTCG used to be taxed at 20 per cent, but with the benefit of indexation. There was also an option of paying a flat long-term capital gains tax of 10 per cent. Investors could have chosen either option that suited them more.

What is grandfathering clause?

This clause protects your gains that you made until January 31, 2018. However, any gains incurred hereon will be taxed at 10 per cent. Secondly, your current long-term holdings wouldn't attract any tax if sold on or before March 31, 2018. No changes have been made to the existing short-term capital gains tax regime. They’ll continue to be taxed at 15 percent.

If you sell those after April 1, 2018, at a loss, the cost of acquisition for such shares would be the price on the actual date of acquisition and not the notional cost on Jan. 31, 2018.

Confused with so many clauses? Let's understand from the following examples: 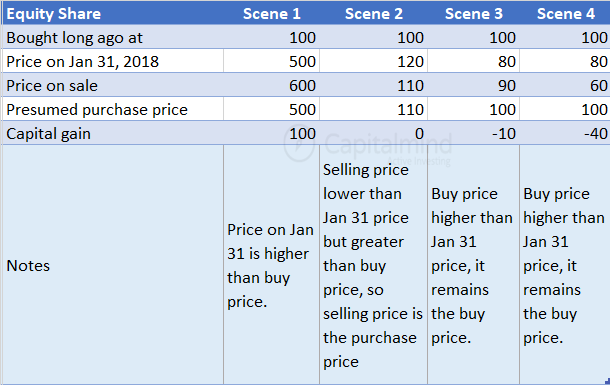 Expert onion is mixed on LTCG tax. But almost everyone agrees levying LTCG and STT (it is charged while buying the stock) both doesn't make sense. STT wasn't used to be charged before 2005 when LTCG was present.

"Having STT and LTCG both is unfair when former was levied expressly in lieu of latter. However, LTCG implementation is at least well thought out; no disruptive impact. Therefore, over a period of time this tax incidence will be taken in stride and normal life will continue as far as investments in equities is concerned. 10% is modest and grandfathering earlier gains is a positive. It is not a big negative and markets should eventually digest it," said Aashish Somaiyaa, MD & CEO, Motilal Oswal AMC.

"Rationalisation of LTCG as expected has arrived, though negative on sentiments but robust equity returns will absorb this 10% if corporate earnings growth happens as expected," said Kamlesh Rao, MD & CEO at Kotak Securities.

LTCG in other countries: 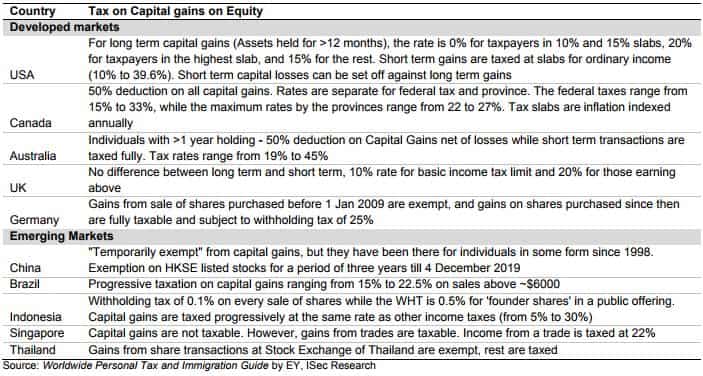