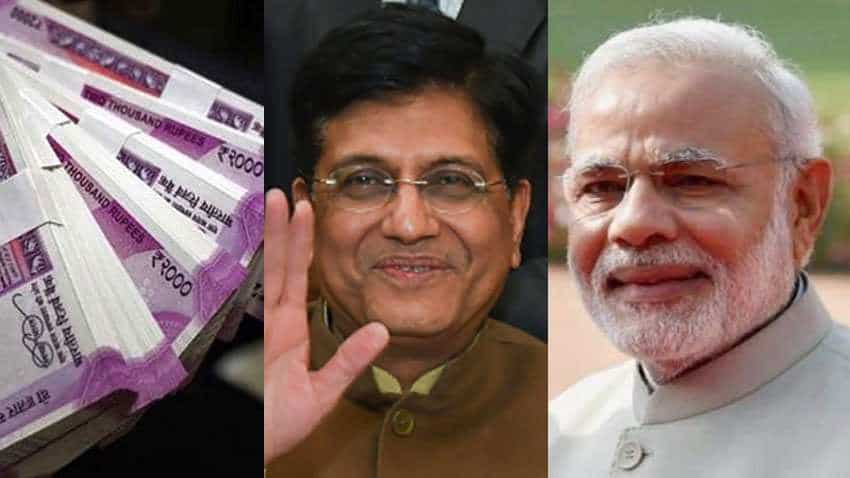 There are huge expectations that PM Narendra Modi-led government may give a good news to government employees in terms of 7th Central Pay Commission Recommendations. Image sources: PTI/Reuters

7th Pay Commission Latest Announcement in Budget 2019: Here are all the LIVE UPDATES:-

- 7th Pay Commission: On Dec 27, Maharashtra government has announced a New Year bonanza saying it would implement the 7th Pay Commission's recommendations for all government employees. At a cabinet meeting, presided over by Chief Minister Devendra Fadnavis, cleared the decision to hike the salaries and related allowances.

- Following the Cabinet meeting, Piyush Goyal will present the interim Budget 2019-20 at 11 AM.

- Reportedly, PM Narendra Modi is expected to make a major announcement at 11.45 AM. Will this be related to 7th CPC or something else? Stay tuned!

- Recently, the Noida Metro Rail Corporation (NMRC) Board had approved a report by the Nomination and Remuneration Committee on the recommendations of the 7th Central Pay Commission (CPC). The salary hike would benefit 750 regular employees of the NMRC. According to NMRC executive director PD Upadhyaya,"This would translate into a 20 per cent increase in the salaries of the Noida Metro employees."

- Finance Minister Piyush Goyal arrives at the Ministry of Finance. He will present interim Budget 2019-20 in the Parliament today.  (ANI photo) 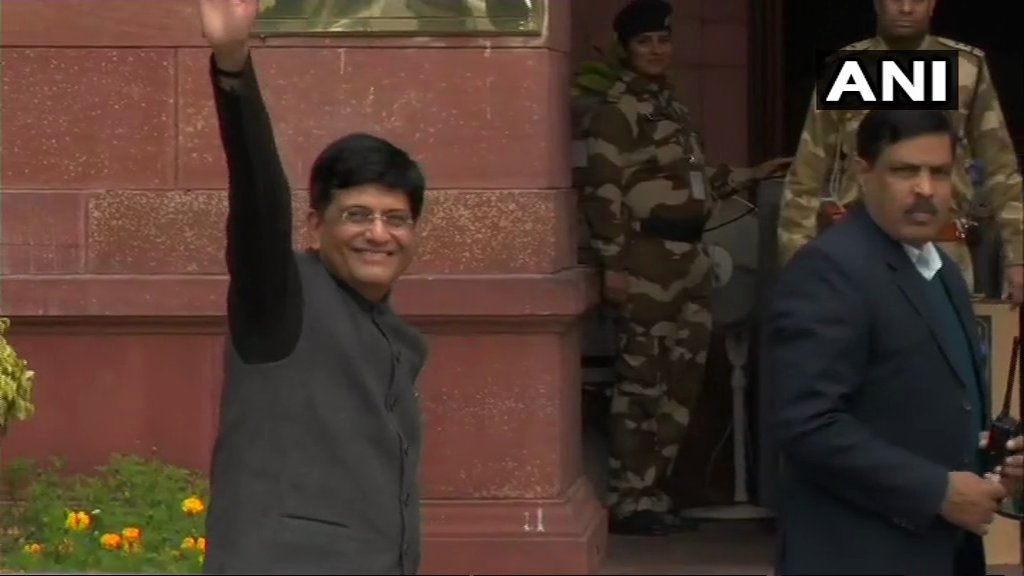 - Shiv Pratap Shukla, MoS (Finance) says, "Modi government  is a popular govt, it's natural that we will take care of everything. We will do whatever is possible for the people. We have always presented a good budget."

- This Budget 2019 is expected to be a populist one as crucial Lok Sabha elections are around the corner. But, it's yet to be seen, if Modi govt's Budget luggage has anything for government employees in terms of 7th Pay Commission.

-  On Oct 30, the Delhi Cabinet had approved a proposal to revise the pay-scales of teachers and administrative posts in universities and colleges in line with the recommendations of the 7th Central Pay Commission (CPC).

- Finance Minister Piyush Goyal is likely to leave his official around 8.30-9AM for Parliament to table the Budget 2019.

- The government had decided to enhance its contribution for its employees covered under the National Pension System from the existing 10 per cent to 14 per cent of the basic salary. Examining certain concerns regarding the NPS, the 7th Pay Commission had made several recommendations in 2015, including setting up of a Committee of Secretaries for streamlining the implementation of the pension system. It was later set up in 2016.

- 7th CPC Salary Hike Demand: The BrihanMumbai Electric Supply & Transport (BEST) employees are demanding a 7th CPC pay hike. Their indefinite strike since January 8 (now called off) was for the main demands of the employees, including merger of the annual budgets of the cash-rich BMC with the loss-making BEST, revised wage agreements with effect from April 2016, including provisions for implementing the 7th Pay Commission recommendation.

- 7th Pay Commission: On Dec 27, Maharashtra government has announced a New Year bonanza saying it would implement the 7th Pay Commission's recommendations for all government employees. At a cabinet meeting, presided over by Chief Minister Devendra Fadnavis, cleared the decision to hike the salaries and related allowances. The bonanza will be reaped by around 20.50 lakh Maharashtra government servants including officers, employees, teachers from unaided shools and from Zilla Parishad employees. The much-delayed decision, to be implemented from January 1, 2019, will take retrospective effect from January 1, 2016 (36 months) and all employees will get salaries as per the revised pay-scales from their February 1 pay packets. The three-year arrears, totalling to around Rs 38,655 crore, due to the employees will be ploughed directly into their provident fund accounts in five equal annual instalments from the next fiscal 2019-2020. The employees shall also be entitled to outstanding of dearness allowance (DA) for the past 14 months.

- 7th Pay Commission pay hike: The Uttarakhand government on Thursday had indicated that it is likely to accept most of the demands of its striking employees who have gone on mass leave. The employees are demanding various allowances and incentives despite getting the benefits of the Seventh Pay Commission. However, thousands of government employees who began an indefinite strike on Thursday morning on their 10 point charter of demands remained adamant and said they will remain on leave till the demands were accepted.

Prime Minister Narendra Modi-led government's sixth and final budget before the polls due by May is supposed to be an interim budget or a Vote on Account. But it is widely expected that Goyal may go beyond seeking Parliament nod for government expenditure for four months of next fiscal and announce sops to woo rural and urban middle-class voters, industry sources and experts said. As per convention, the outgoing government only seeks parliamentary approval for limited period spending, leaving the full Budget presentation for the new regime in July.

DA Hike: How much extra central govt employees will get after 3% hike in dearness allowance – check calculation here!