In a press conference here today, Secretary Department of Consumer Affairs, Leena Nandan shared how CCPA has been efficiently and effectively tightening noose over the violators. 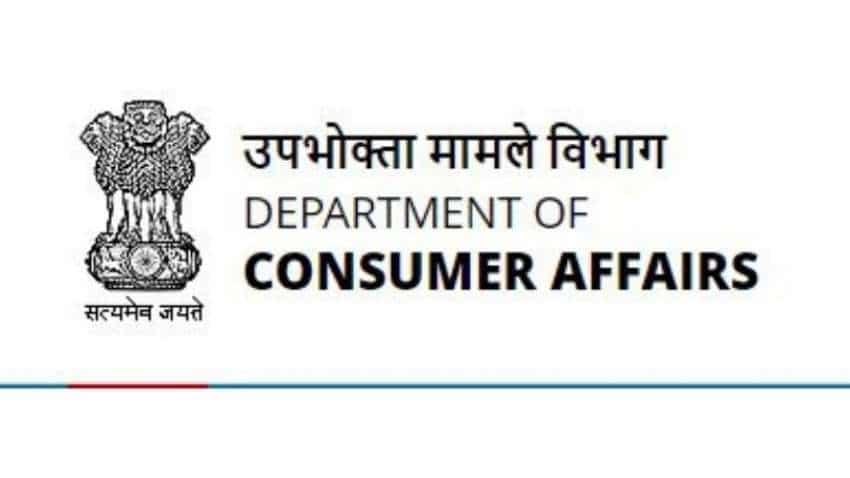 In a press conference here today, Secretary Department of Consumer Affairs, Leena Nandan shared how CCPA has been efficiently and effectively tightening noose over the violators.

The violations involve declaring false country of origin on the products listed on e-commerce platforms and failure to declare country of origin. CCPA has taken suo-moto cognizance of the matter on the basis of complaints received from numerous consumers on the National Consumer Helpline portal.

CCPA has sent Notice to e-commerce entities for violations reported on their platforms. CCPA has directed such entities to furnish detailed reply as to what are the tangible steps have been taken by them on this matter.

Thus, 202 notices with regard to country of origin violations in the period 16.10.20 to 22.10.21. Out of this, electronic products recorded the highest violations with 47 notices, followed by apparel with 35 notices.

75 companies have compounded their offences, out of which 68 have compounded for violations relating to country of origin. The total amount collected by compounding of the offences is Rs 41,85,500. 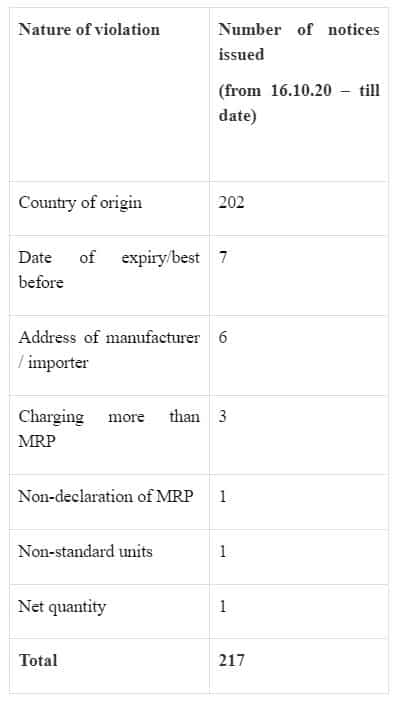 CCPA is continually monitoring the e-commerce landscape in India to take immediate cognizance of violations under the Consumer Protection Act and the E-Commerce Rules, 2020 Significantly, the CCPA has issued advisory to all marketplace e-commerce platforms.

"It has come to the notice of CCPA that some marketplace e-commerce entities are not complying with Rule 5(3)(e) of the E-Commerce Rules, 2020 which mandates every marketplace e-commerce entity to prominently display to its users, in a clear and accessible manner at an appropriate place on its platform all information provided to it by sellers under sub-rule (5) of rule 6 including the name, contact numbers and designation of the grievance officer for consumer grievance redressal or for reporting any other matter. Hence, consumers are unable to get redressal of their grievances from sellers on such platforms," a CCPA notification said.

Due to lack of required information, a consumer is ill-informed about the product or service. Without any information of name, contact number and designation of grievance officer of seller, published on the platform, a consumer has no choice but to contact the marketplace e-commerce entity in case of any grievance.

Complaints of cyber fraud were also reported on National Consumer Helpline (NCH). The Department of Consumer Affairs has collaborated with the Indian Cyber Crime Coordination Centre(I4C), Ministry of Home Affairs for strengthening Redressal of cyber fraud grievances on NCH.

The helpline number of 155260 for reporting cyber fraud has been prominently published on the NCH portal. A banner link to directly lodge complaint on Cyber Crime Portal has also been placed on the platform.