Income Tax payers, filers alert! The cost for undisclosed income - Why you should file ITR honestly

In FY18, there was 20% surge in undisclosed income to nearly Rs 10,767 crore. In fact, the income tax department has carried out various investigations to look into this serious matter. 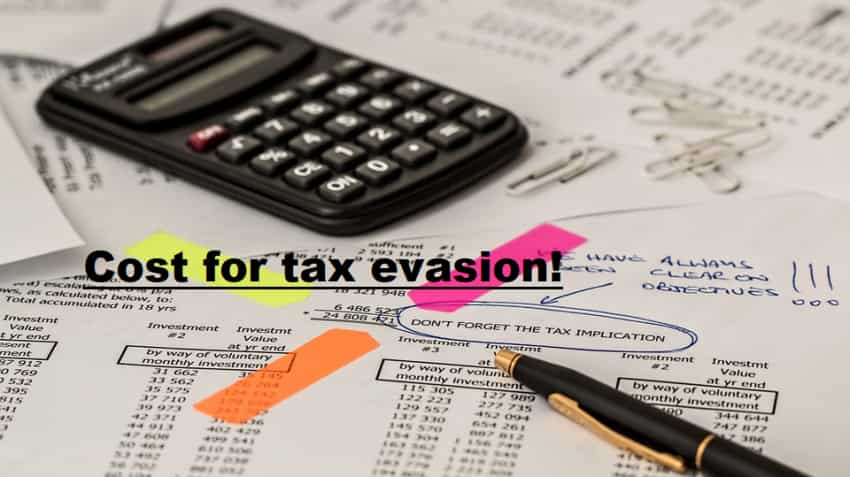 The Income Tax department has tools to know who is following tax evasion. Photo: Pixabay

The Income Tax department has tools to know who is following tax evasion. Last year, there was massive rise in taxpayers who have undisclosed income. In FY18, there was 20% surge in undisclosed income to nearly Rs 10,767 crore. In FY 17, it stood at Rs 9,051 crore. In fact, the department has carried out various investigations. Hence, it is advised to pay taxes honestly. There are section called 158BFA(2), 271AAA, 27AAB(1) and 271AAB(1A) in IT Act, which imposes penalties on those who have undisclosed income of block period.

How do you fall under these sections?

In section section 158BFA(2), when your total income including undisclosed ones is detected after search and is furnished after the expiry period specified in such notice or is not furnished, in this manner you will be liable to pay simple interest at the rate of 1% of the tax on undisclosed income for every month or part of a month commencing the day immediately following the expiry period.

For instance, if you have not furnished your return of total income including undisclosed ones by end of December 2018, then the undisclosed amount will receive penalty of 1% every month right from the date when the period ended. If you have not disclosed income for let’s 5 months, then you will be paying simple interest from December 2018.

This is the first penalty for your information. Second one is a real spoilsport, as the section also says, if the Assessing Officer or the Commissioner (Appeals) in the course of any proceedings under this Chapter, may direct that a person shall pay by way of penalty. This fine shall not be less than the amount of tax leviable but which shall not exceed three times the amount of tax so leviable in respect of the undisclosed income determined by the Assessing Officer.

As per the department, minimum 100% of the tax leviable in respect of undisclosed income is fined. This amount can go up to 300%.

However, under section 158BFA, a taxpayer will not be liable to pay penalty, only if they a reasonable reason depending upon IT-department, or they have the evidence of taxes paid along with return. Also, the search department seized asset consisting money, and if the taxpayer offered that amount for adjusting taxes, then the penalty will not be imposed. A taxpayer is also allowed to appeal and place their case for not paying penalties.

If a taxpayer has tried to duck the above mentioned situation, then a massive 60% of the undisclosed income will be charged as penalties.

Hence, from rather than choosing to be under blacklist of IT department, be a responsible taxpayer.