Income Tax Changes in Budget 2020: The common has got good news with change in income tax rates and more benefits from Finance Minister Nirmala Sitharaman in Union budget. Here is all you need to know about chnage in slabs, section 80c and more. 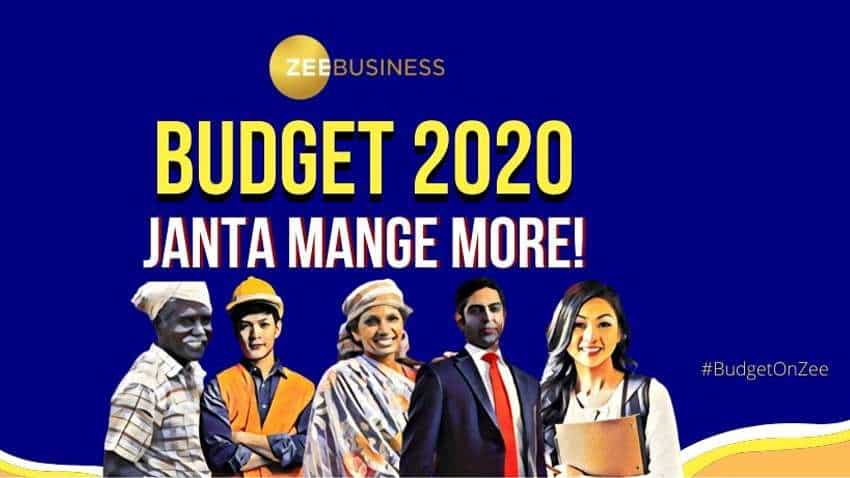 The government had announced rebate for employees with income up to Rs 5 lakh in last year's interim budget.

Income Tax Changes in Budget 2020 LIVE Updates: Finance Minister Nirmala Sitharaman has given some relief to the common man by announcing changes in the income tax slabs and introduce more benefits. The government had announced rebate for employees with income up to Rs 5 lakh in last year's interim budget, which was followed by a surprise cut in corporate tax rates in September.

1:28 pm: Tax on Cooperative societies proposed to be reduced to 22 Per cent plus surcharge and cess, as against 30 per cent at present, says FM.

1:20 pm: "A bold, historic decision of reducing corporate tax rate for new companies in manufacturing sector to an unprecedented level of 15 per cent. More than 100 exemptions and dedcutions as of now, around 70 removed," the fm said.

1:16 pm: "In this new personal income tax regime, income tax rates will be significantly reduced for the individuals who forgo certain exemptions and deductions," the finance minister said. Zee Business had said that taxpyers can expect a big news in the Budget.

12:55 pm: "The announcement to have a legal framework to prevent tax related harassment is truly welcome and shows government's commitment. It will go a long way in enforcing will business and investor trust and confidence," says S R Patnaik, Partner & Head - Taxation, Cyril Amarchand Mangaldas, reacting to FM's statement.

12:42 pm: "Taxpayer charter to be instituted in the charter, a part of our statutes, we remain committed to take measures to ensure citizens are free of tax harassment ," the fm said,

12:32 pm: FM says that government wants to ensure that taxpayers are not harassed.

11:50 am: "Fundamentals of the economy are strong and inflation has been well curtailed. This Budget will boost income and enhance purchasing power. Our people should be gainfully employed, our businesses should be healthy. For every member of the scheduled caste and schedule tribe, for every woman, for every individual from minority section, this Budget aims to give wings to your aspirations," she said.

11:33 am: In her second Budget presentation, the finance minister said GST has resulted in gains of Rs 1 lakh crore to consumers and removed inspector raj and also helped the transport sector. "Average household now saves 4 per cent in monthly expense after the rollout of GST," Sitharaman said, and added that the Budget for 2020-21 aims to fulfil aspirations of people.

- In last year's budget, the governemnt had announced levy of a 2% tax deduction at source (TDS) for cash withdrawals in excess of Rs 1 crore per annum along with customs duty on steel increased to 7.5% from 5%.

- Finance Minister Nirmala Sitharaman has reached the Minitsry of Finance. This will be her second Union Budget as the finance minister. Prime Minister Narendra Modi has also reached the

What income tax changes to expect in Budget 2020?

- The first and biggest change people should expect is an increase in the minimum slab limit for the amount not chargeable to tax, from INR 250,000 to INR 500,000. The limit was last raised in the Budget of 2014, which was 6 years back.

- There have been multiple demands from experts seeking changes in Section 80C of the income tax to give more spending power to users. The demand is to increase the limit from Rs 1.5 lakh to Rs 2 lakh. "The government can also extend benefits in retirement products like NPS by increasing Section 80CCD limit to Rs 1 lakh," said SEBI registered investment advisor Jitendra Solanki.

- "Keeping in view inflation rates the Finance Minister could consider increasing the tax slabs and also bring down the tax rate by 5 percent making the maximum slab rate at 25 percent. This would leave some more money at the disposal of the common man," Baweja said.

- Baweja said that there is also a need to increase the standard deduction of INR 50,000 to atleast INR 100,000 to take care of the salaried employees increasing expenses like increase in cost of the petrol/diesel, cost of food, medical expenditure etc.

- Among the measures being considered include increasing tax saving measures through various options. Sources say the government is also considering tax saving options through infrastructure bonds. Under this window, tax saving may be allowed via infra bonds of up to Rs 50,000 a year.

You can catch all updates on #BUDGETONZEE.