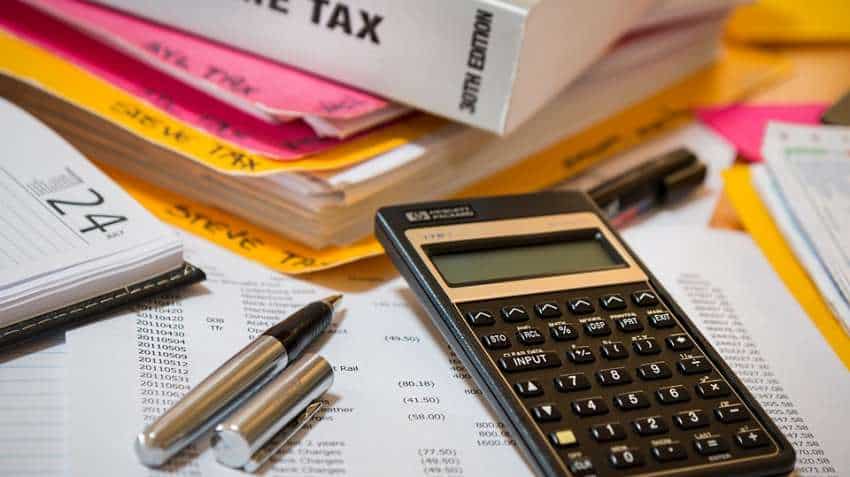 Income Tax Calculator AY 2019-20: Those earning individuals who have an annual earning of more than Rs 10 crore will have to pay near Rs 68 lakh. Photo: Pixabay
Written By: ZeeBiz WebTeam
Edited By: Harish Dugh
RELATED NEWS

Income Tax Calculator AY 2019-20: While presenting her maiden budget speech in the Parliament, Finance Minister Nirmala Sitharaman proposed to raise surcharges on the high-income individuals whose annual income was more than Rs 2 crore. Nirmala Sitharaman, in her Budget speech, said, "Mr Speaker Sir, as I have stated earlier, we have taken several measures in the past to alleviate the tax burden on small and medium income-earners as those having annual income up to 5 lakh are not required to pay any income tax. We are thankful to the taxpayers who play a major role in nation-building by paying their taxes."

Sitharaman said that the surcharges have been raised for the super-rich citing, "However, in view of rising income levels, those in the highest income brackets, need to contribute more to the Nation’s development. I, therefore, propose to enhance surcharge on individuals having taxable income from 2 crore to 5 crore and 5 crore and above so that effective tax rates for these two categories will increase by around 3 pre cent and 7 per cent respectively."

Therefore, it becomes important for the super-rich to know how this raise in surcharge in the Budget 2019 has impacted their income tax outgo. When asked about the new surcharge being levied on the 'super-rich' and its impact on individuals earning above Rs 2 crore, Tarun Garg, Manager – Tax, Deloitte Haskins & Sells LLP gave out the following calculation: 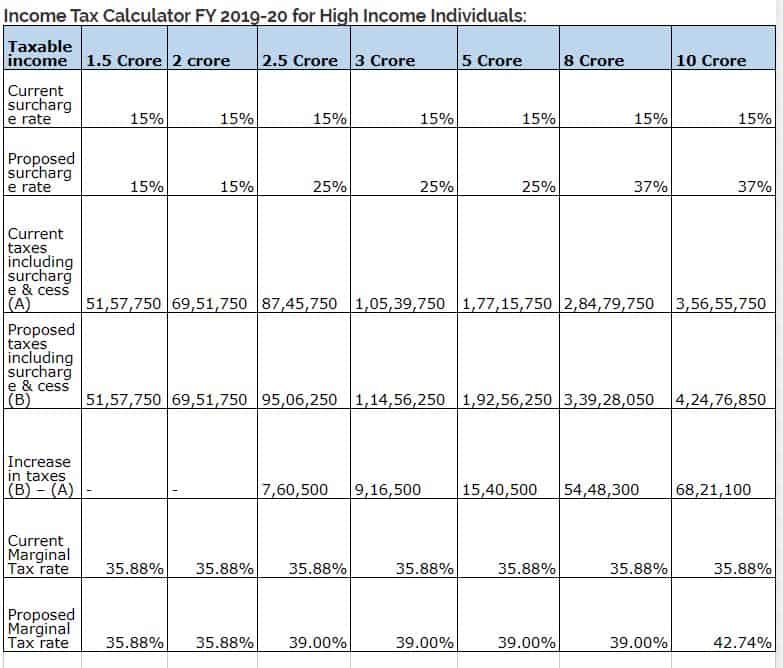 The above calculator shows that those earning individuals who have an annual earning of more than Rs 10 crore will have to pay near Rs 68 lakh.